I am about to start a trio of Allison Mustangs, two will be Tac Recce birds on D-Day, one of which will be in RAF colors. I am going to be doing serial FD535 which was flown by Canadian pilot W.N Tuele on D-Day. I was wondering if anyone has info on the roundel sizes on the mustang wings. As far as I know, the fuselage roundel was the standard 36 in, and the letter codes were 24 inch. However, I cant seem to figure out how large the wing roundels were. I have a sheet of Spitfire roundels but they look rather larger on the upper wing.

Any help would be appreciated

I built the Accurate Miniatures 1/48 Mustang IA quite a few years ago, but it was sabotaged by a German 5th Columnist cat belonging to one of my kids a few years later and could not be saved. Otherwise I could go measure the rounded. I only have the photos of my ex build. As you can see, the roundel covers the area between the leading edge of the aileron to just behind the wing ID leading edge band. If you measure that area on your Mustangs, that should put you in the ball park. 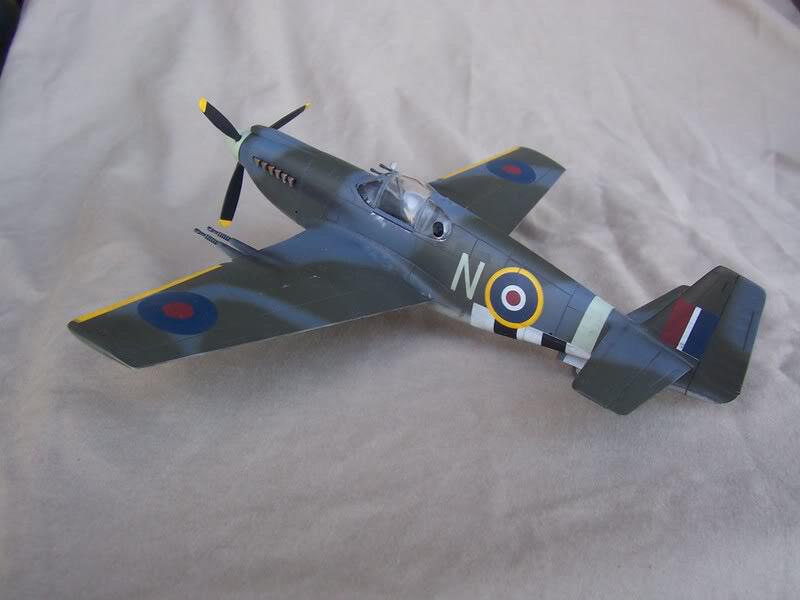 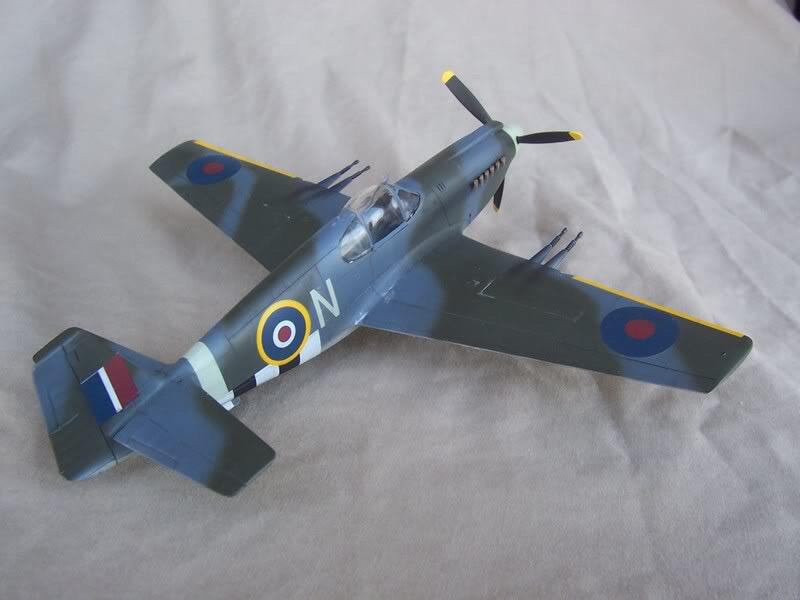 Cheers! Mine will be very close to this one, with the M letter code.

I’ll measure that area and check it against my roundels.

Time to mask I guess…

Yes, the Spit almost always has very large roundels on the upper wing. The roundels for a Typhoon or P-40 look closer in size, if you have any decals for one of those on hand.

1/48. That would be amazing! I’m not in a huge hurry. If you have them I would need, the fueslage roundels, upper and lower wing roundel, and fin flashes.

Let me know what I can send in return!

I was looking at a P-51D in my stash that has a RAF marking option. That one measure 3/4” actual, or 36 scale inches. But they look a bit smaller than the markings on my Mk.IA, when compared to the wing of that D. I measured some P-40 roundels and they were 13/16” actual, or 39 scale inches, and measured against the wing, look more like the Mustang IA roundel. The Typhoon upper wing roundels were 1” actual, or 48 scale inches.

I just remeasured. The gap for the between the is stripe and the aileron leading edge is 14/16” so it looks like a 13/16” roundel would be perfect

My hobby store has the Hobby Boss P-40 M looks to have the correct raf roundels! For $25 Seems like a good buy plus I’ve wanted a p-40 for a while

Found what you need but sadly only two - LMK
if you want them . PM me with your address and I’ll put them in the mail . 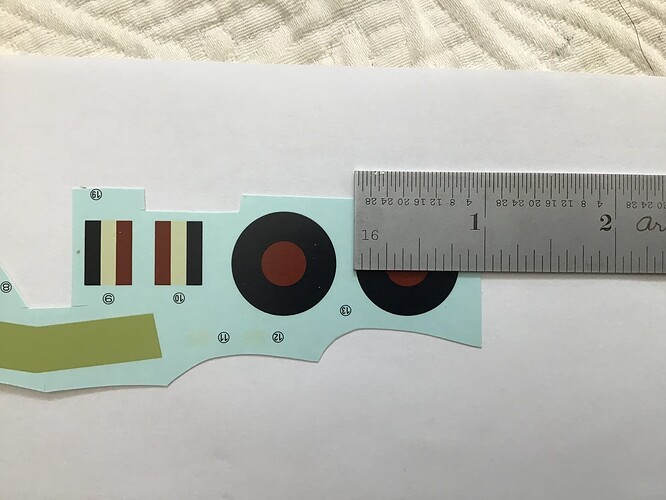 Of course then you’ll need some other markings for the P-40, depending upon what it comes with…

It also comes with markings for a USAAF P-40 so I am covered there! The cockpit is very sparse but oh well! That kit plus the correct fin flash from @RDT1953 will complete what I need!

Thanks for measuring the P-40 roundels for me

I was interested to note while flying with and RAF gliding squadron that the 6 aircraft we had in the hangar had 4 different size roundels on the wings alone. After that I got less worried about rounded sizes.