The platform did go through a rename for all these types of threads early last year. I started one in figures and it was assimilated.
What the postman brought today (Group name)

I would recommend the same for trains and based on the time and posts, rename Phil’s thread and have a mod move the content from here to that one but that’s just me.

picked this up from the LHS today. I know, crazy custom car culture kit… I put it here because this one will be built on hot-rod traction wheels and ripping up some track! 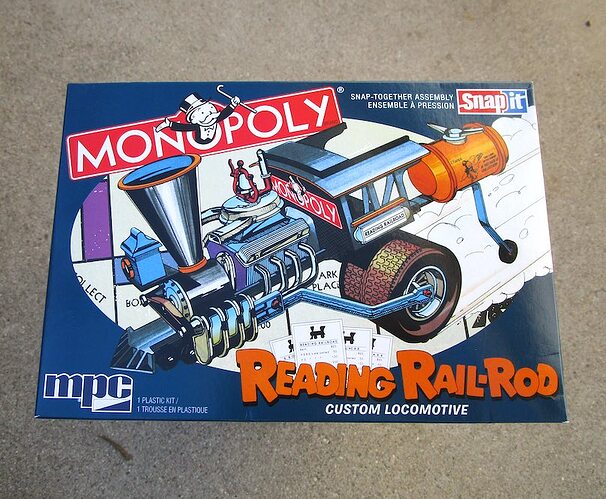 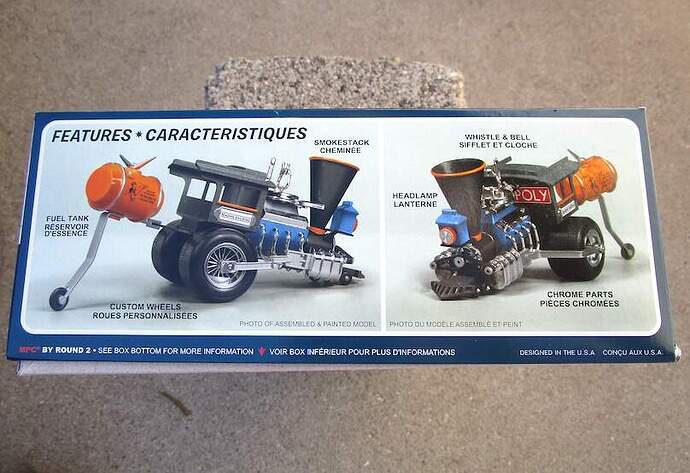 Not finished yet? It is after all a snapkit

I finished stacking on top of a few other kit boxes

Today’s contribution to MiniArt. I hope they are well and keep up the good work. [010] 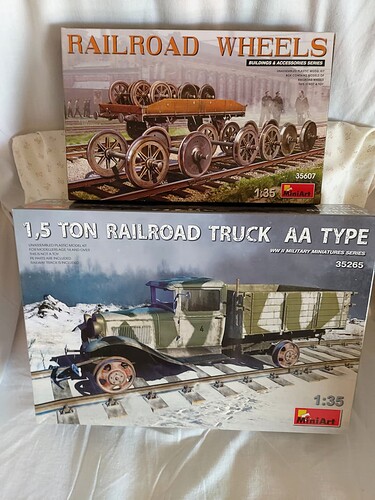 I have used many of the Atlas HO deck truss bridges but rarely have I used the thru truss design. Just today at my LHS, I encountered what must be their latest revision and I will say I was quite pleasantly surprised. 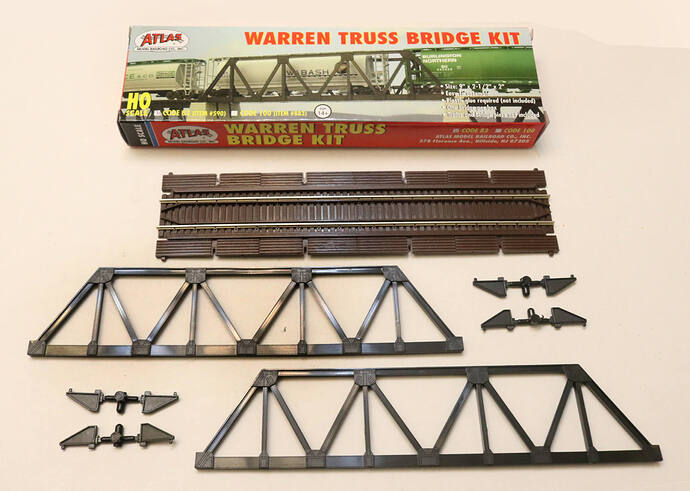 Atlas has now included a rather nicely done new bridge deck molded in a deep brown wood color. They now offer this deck with a choice of either Code 83 or Code 100 rail (Caution: as these come in entirely separate marked boxes.) 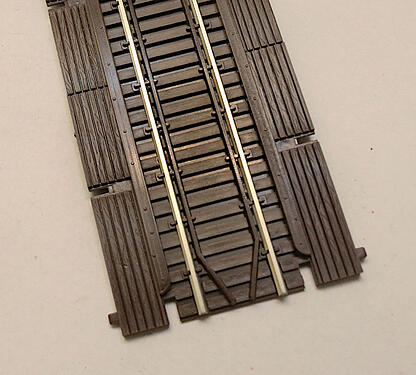 Atlas looses Brownie points for not leaving open voids between each bridge tie on this new offering. I certainly would have enjoyed having the “see through” possibilities that could have been present here. (If only . . . . )

Found a photo online of what the earlier Atlas bridge deck looked like.

The new bridge deck IS an improvement over the old one. 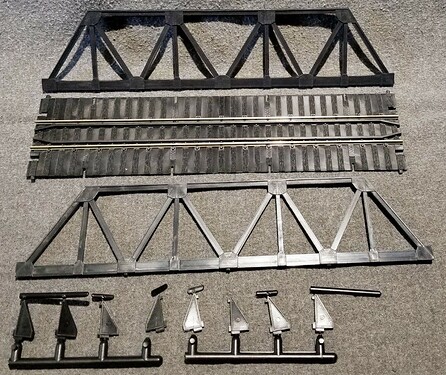 What the heck?? I never saw that before. Cool.

No, not at all. That is just reflected light in the photo.
The ties are molded in a wood grain texture but the “voids” are not, (they are just smooth plastic) so the voids are more light reflective than are the rougher ties.

A few things for upcoming builds:

For the structures build. Not sure I’ll use this track, or the miniart track, or both, but I will use the semaphore. 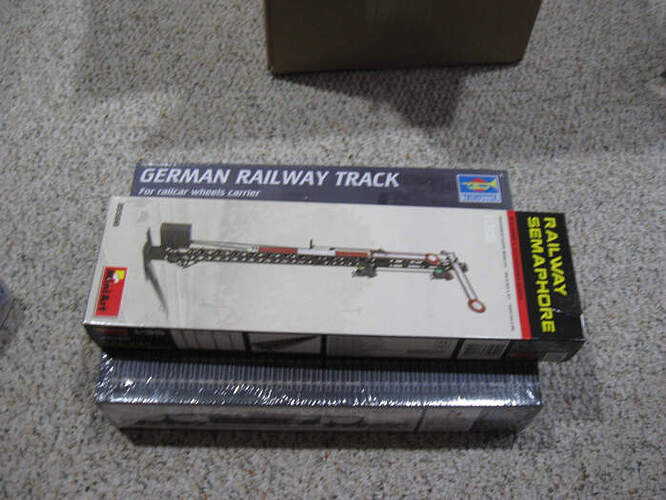 For the next build which will be something like military rail. Not sure how these two will go together - I might just end up with a flatbed with the flak on it if it doesn’t fit in the gondola. 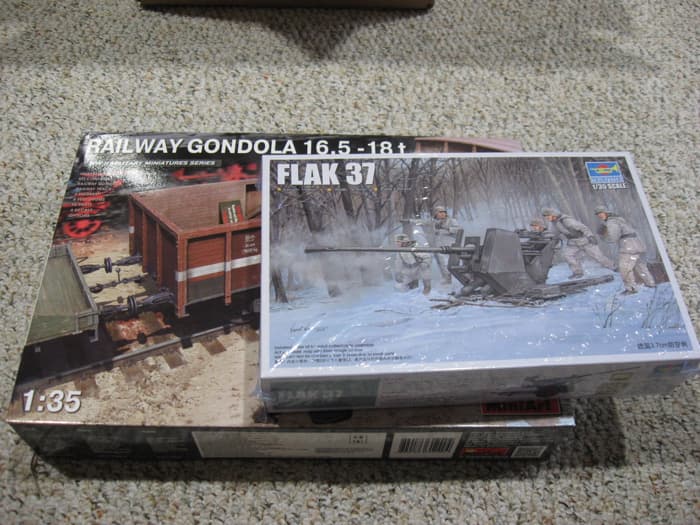 And you never have enough covered goods wagons do you? 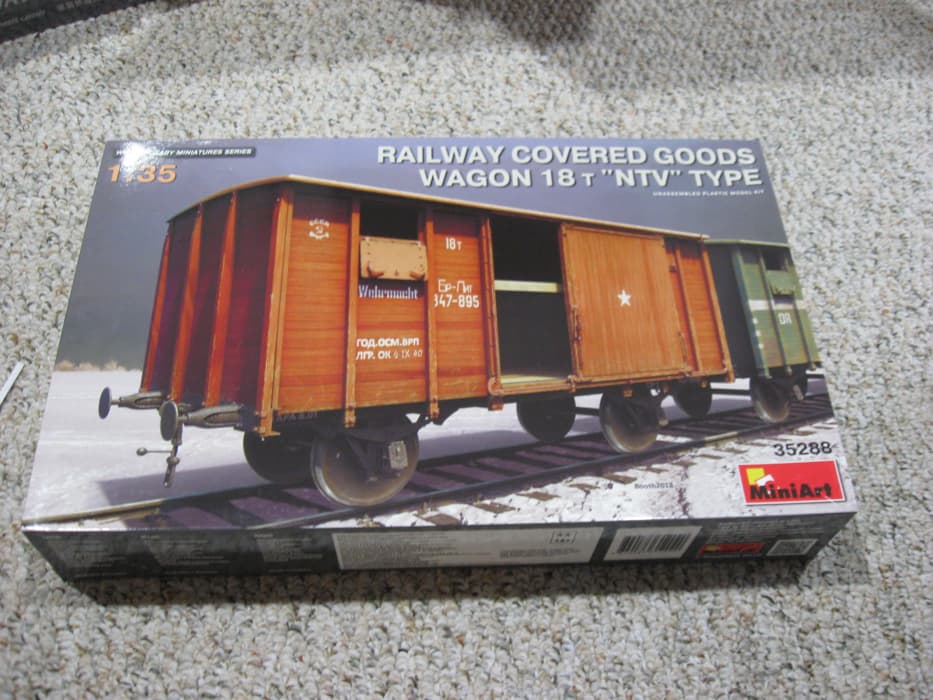 The Flak 37 could be mounted on a riser in the gondola, high enough that the gun barrel could be leveled (or even slightly depressed) when called for.

Maybe shift the gun to one end of the car and add a slope topped ammo locker to the opposite end. Then perhaps pitch a camo tent on the floor between the two if space allows.

Reflected light.? Now that you’ve explained it, I can see it too. But it really did look like you could see through the ties.

Also you might have to addreviate the gun shields to allow the Flak gun to rotate within the gondola. Easy enough to d with a cutting torch! (Eh, model knife.) 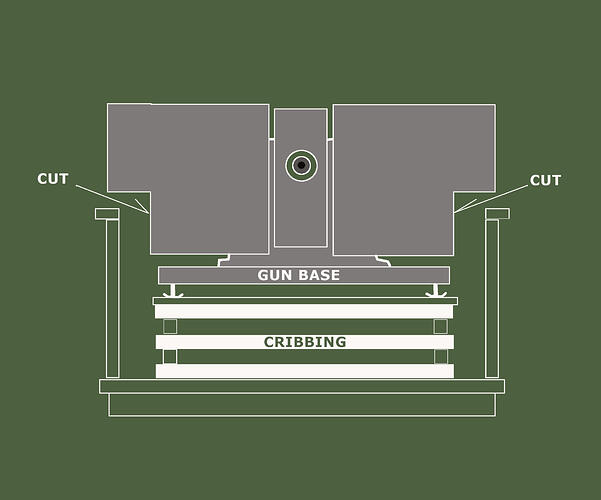 Phil darn it, now you are making me want to build one!

Part of a recent paint order I received. Already started the review of the set number one. 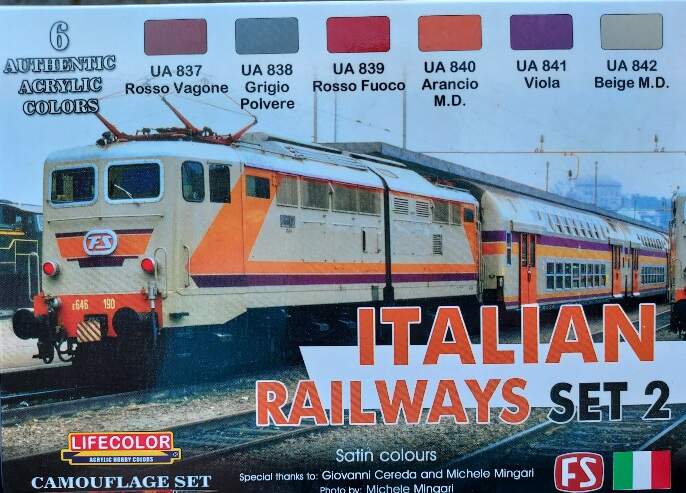 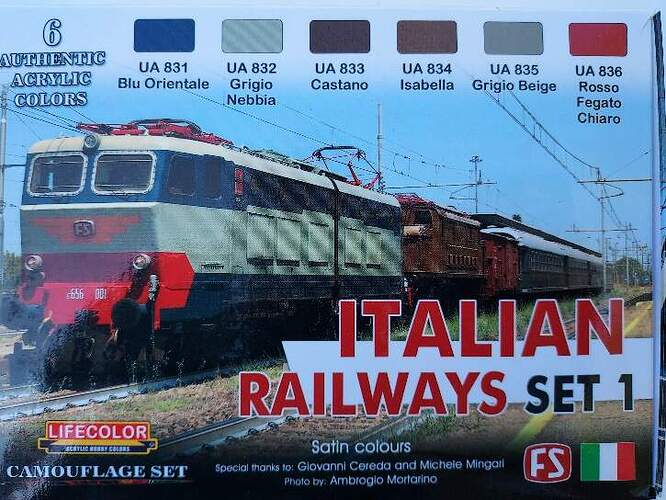 In the mail this week…some Broadway HO freight… 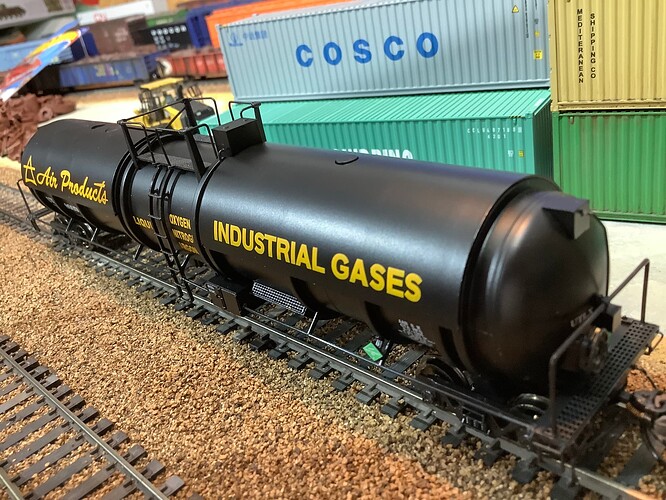 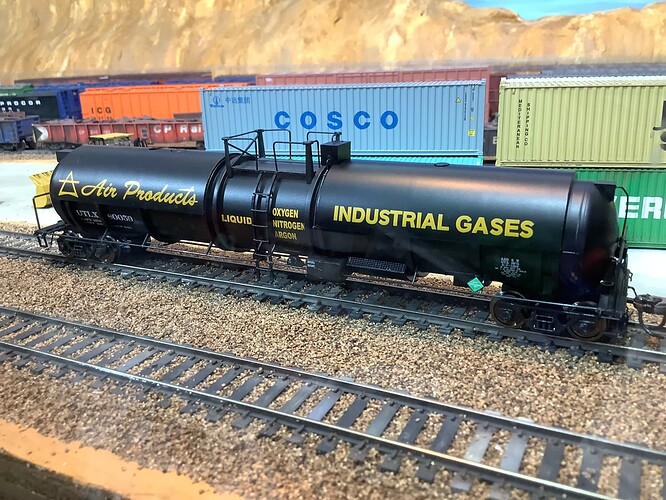 There’s something about tank cars I really like. And for once, I think I prefer the modern Rolling Stock to the older tanks. They just look so neat, clean, and sleek. They also make me want to head to the drive-in and get a footlong hot dog.

Now if only somebody will do a modern tank car in heritage Texaco livery?

When I was a kid, I remember silver TEXACO and I think green CITIES SERVICE tank cars…

Then, now that you mention it, I don’t think it was Texaco. I think it was Union 76. Anyway it’s a dark almost purplish blue, with orange.

Jim has not yet archived Railroad Modeling of the old site so I can’t pull up my reviews to reference them. Maybe I’ve got it saved on my computer somewhere? Or, novel idea, go down in my stash and look at it! LOL. The tank cars of the twenties and thirties and forties are my favorites. Even though they’re not very colorful I’m a fan of Deep Rock and Gramps.