Fresh off the Bench.

Accurate Miniatures Mustang F6-A shown as a Mustang MkI Fighter-Recon in the markings of 430 Sqn RCAF on the morning of June 6 1944. 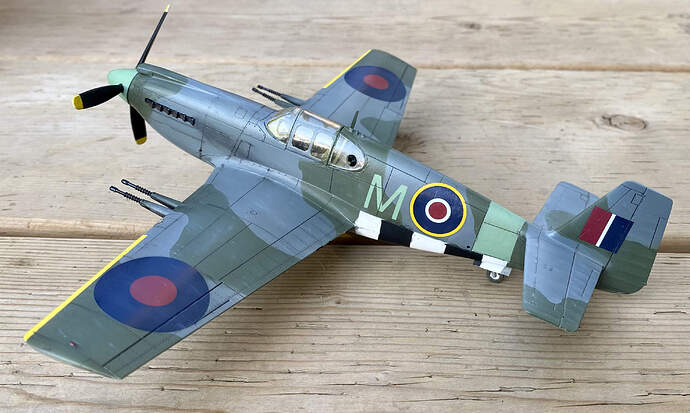 430 Sqn RCAF were part of RAF 2nd Tactical Airforce flying fighter-recon missions over Normandy during and following the invasion. 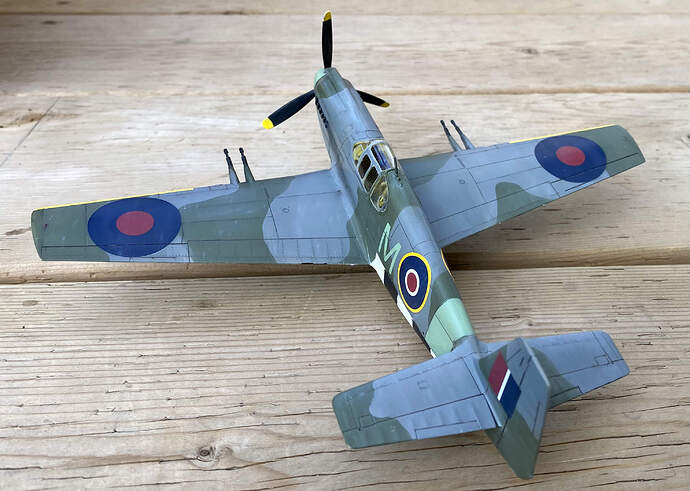 The Mustang MkI in the F/R configuration had 4 20mm cannon and was equipped to carry an oblique angle camera shooting out the port side behind the pilot. 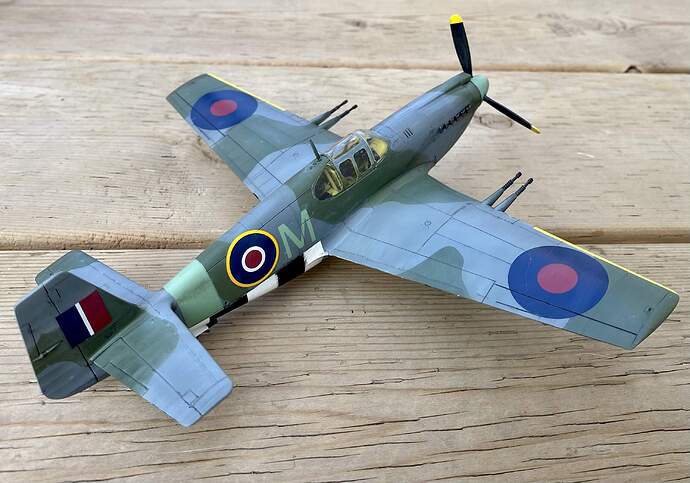 This particular aircraft was flown by F/O Richard Rohmer the morning of the invasion. 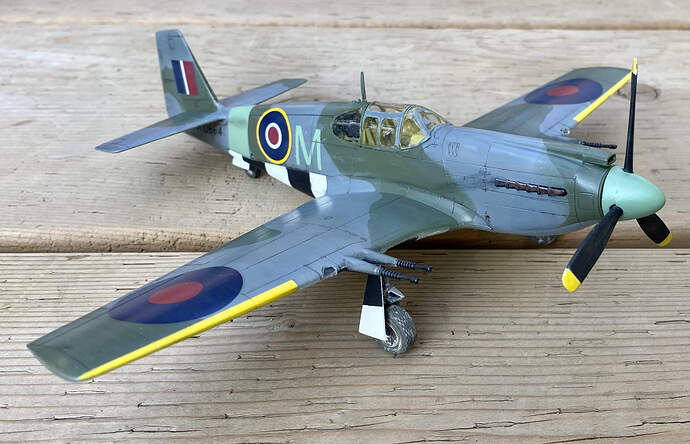 F/O Rohmer would earn a DFC in the skies over Europe and eventually retire as a Maj. General. He would later receive an honorary promotion to Lt. General and is currently the most senior (in rank) of all surviving Canadian D-Day veterans. 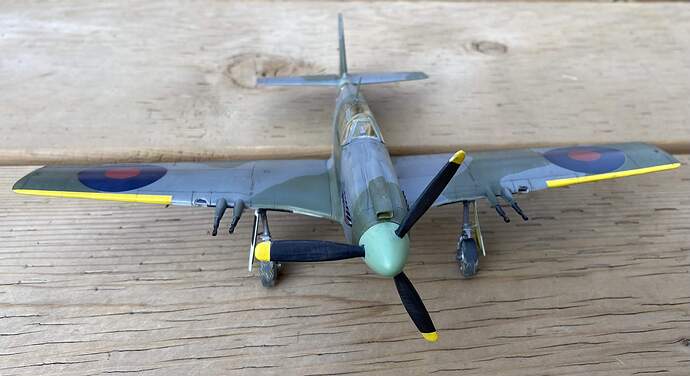 I’ve had the honour to meet the General several times over the years and this is a build I was very much looking forward to completing one day. 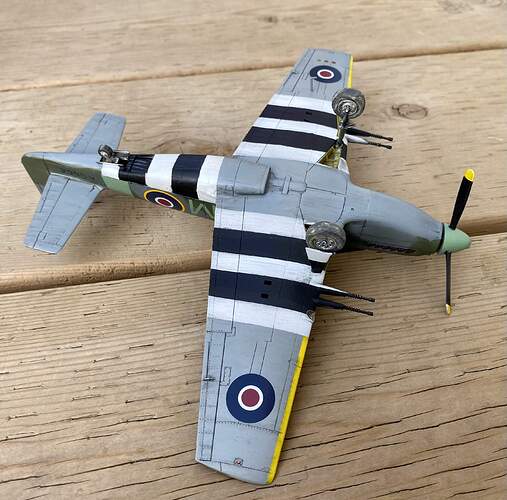 This is also the first aircraft I’ve built in close to 20 years. I like to think the General would approve.

Looks great! What color did you use for the gray (im assuming ocean gray)? I bought myself AK real colors RAF dark green for my upcoming spitfire but silly me forgot to get a gray. I have lots of gray tones on hand so I am sure I can make something but was curious if you used a pre made color, or mixed something

Very nicely done, Don! I especially like the background of the plane and pilot. So that gives always a “face” to the build. That’s just the way I also like to do my builds. What kit is it? Accurate? Well done!

If you’ve got any German grey kicking around you should be able to mix up something convincing no problem for the Ocean Grey. You’re on your own for the Sea Grey but there are tons of references out there

Depending on when in time you’re painting, you’ll also run into the “Mixed Grey” vs Ocean Grey debate. I’ll let you fall down that rabbit hole at your leisure.

Fuselage band and Spinner are RAF Sky which is a weird blue-green colour. I mixed mine with a grey base and then kept adding blue, yellow and white until I was happy. If I were to make it again though, I think I’d go white base and add grey because my final colour is a bit dark.

That came out really nice . From looking at that , you have not lost the touch. I would have never guessed it was 20 years since your last aircraft.

On the contrary Chris, I never had the touch to lose. This is all newly developed skills. And YouTube. Where would we be without YouTube.

Brother it is beautiful. It makes me want to do a wingy thingy.

Cheers! I have about 8 gray tamiya colors so I should be able to mix something up. I have everything from sky grey to german gray and everything in between. Though I wish I had of thought of ordering the ocean gray. 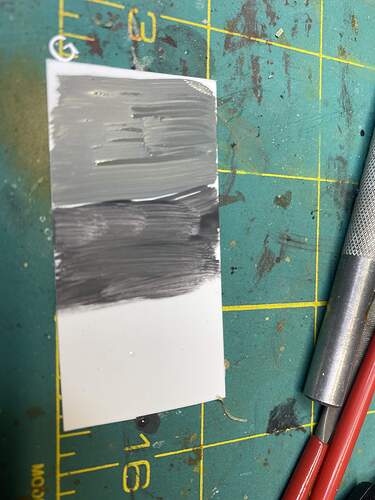 Ocean grey on the left (well, top) next to Tamiya German Grey.

A couple drops of white in the Tamiya and I think you’ll be bang on tbh.