Recommended reading & reference material for the M1A1 Abrams (and beyond)

Hey everyone, longtime hobbyist / minipainter here, and new to the forums! I’ve dabbled in scale modelling a little in the past but never took it too " seriously " (for lack of a better term.) Having developed my painting skills elsewhere over the years, I felt like jumping back into the world of scale modelling, this time hoping to do my builds justice through historical (or photo) accurate references.

I’ve consumed my fair share of painting and build videos for armor kits, and I’m often amazed at the lengths that some people will go to beyond the base kits for their builds to capture little details that I otherwise would have no clue about. Things like armor texture and material, placement of weld marks, additional era or theater accurate stowage or crew figures, types of weathering and why/where they occur, and so on. Google is a good enough resource for mostly relevant pictures of course, but I’d love to know where else I can look when I want to find out the where/when/why about these nitty gritty details, or heck, answers to question I might have not even considered asking! I realize this is a pretty broad question to pose, and I’m sure knowledge both broad and specific will mainly just come from years of partaking in the hobby or reading about AFV/Armor in general, so in the interest of maybe boiling the question down to something a little simpler, what are some great resources (free or otherwise) to look into for the M1A1 Abrams specifically?

Any help or insight into this topic in general is much appreciated, thanks in advance!

This forum is a great place to find the kind of info you might be looking for. There are lots of veterans from various countries that regularly post their work and are always willing to answer questions or offer suggestions. I know for a fact we have Brits, Aussies, Swedes, Belgians, Russians and others that have served/crewed many of the modern vehicles. Many are vets of OIF, ODS, Canby, etc. You can be pretty sure if you post a question one of these guys will have an answer. There are also members who are great at finding pictures that no one else seems to be able to come up with who are also a great resource. Also if you are building a certain kit there may be a build log that someone else has done and you can get info there as well. Good luck and welcome to the community.

Thanks so much, I suspected that may be the case! This seems like a great, friendly and helpful place to be, which is mainly why I felt like signing up.

I’ll be sure to check in if I have a oddly specific question. Right now, I’m building the Tamiya 1:48 M1A2 Abrams kit as a warm-up back into scale models to try out new tools and techniques I’ve picked up since I last dabbled, but I’m hoping to eventually try building the 1:35 scale M1A1 by Meng based on this photograph of the tank in Iraq, as well as various other tanks and vehicles from subjects that interest me. On the off chance that anyone reading this has anymore photos, or has any knowledge of this particular tank (’’ Young Guns ‘’ of Task Force Tarawa apparently) I would love to see/hear what you know for future reference!

Also, a general breakdown of the stowage you might find on the Abrams from this period/deployment would be great to read about as well!

Prime Portal is a good over all resource for 1:1.

For models, a number of great looking build on the forum.

On the off chance that anyone reading this has anymore photos, or has any knowledge of this particular tank (’’ Young Guns ‘’ of Task Force Tarawa apparently) I would love to see/hear what you know for future reference!

Also search on the old site.

Thank you! I’m checking out Prime Portal now, never heard of this site before. It looks to be an amazingly helpful reference, so thanks for the recommendation!

Another good site that is part of this community is WarWheels.Net- Homepage

Also, a general breakdown of the stowage you might find on the Abrams from this period/deployment would be great to read about as well!

There will be at least 4 packs on the hog, one for each crewman. Looks like 4 MRE case and 3 5 gal water cans. The bag behind the spare wheel looks to be the camo net bag. A few canvas tarps on the rear deck, along with looks like 2 sea bag, 40mm ammo can. A slave cable around the on the front of the turret. Not sure what the rubber looking bag is.

OK, hi, welcome. As was mentioned above, there are lots of veterans here, and expert modelers; we are all pretty much glad to help.
I spent 10 years as an Abrams crewman back in the 80s, so I may be able to answer alot of your questions. @HeavyArty is also a really good source, along with some others.
The Tamiya 1/48 scale kit is very nice, you should not have any problem with it.
As to stowage, remember that the Abrams has a crew of 4. So any personal items, duffel bags, rucksacks, sleeping bags, etc. that you install should be one for each crew member. Things like MREs, water, and ammo are generally “lots,” wherever the crew can stash it. That should get you started, and have fun!
Ken

Thanks for the nod Ken.

This may be a good start. It is a little dated and the pics are mostly gone, but it should get you started.

Thanks for the info! A very helpful breakdown. I don’t suppose you or anyone else might know of any places to find quality close-up photograph references of the stowage, either laid out together or individual snapshots, or heck even an itemized list of specific equipment names, so that I might be able to get clear, detailed references on how to paint them? I will look around for myself of course, but it never hurts to ask.

Thanks for the welcome! Oh wow, good to know! Between your info and what @Tank_1812 wrote, I’ve got some great notes to go off of for the stowage now, so thank you as well. Sounds like I can take a little bit of artistic liberties with the placement of some smaller items then.

Thank you! Another valuable link to add to the list

Hi and along with the others, welcome to the madness … have fun and enjoy building your kits … hope to see some progress shots when you are ready

Thank you! I would love to share some eventually, once I feel I’ve warmed back up to be comfortable enough to do so haha! I’ll be sure to pop back in with photos of my finished build of the 1:48 kit though 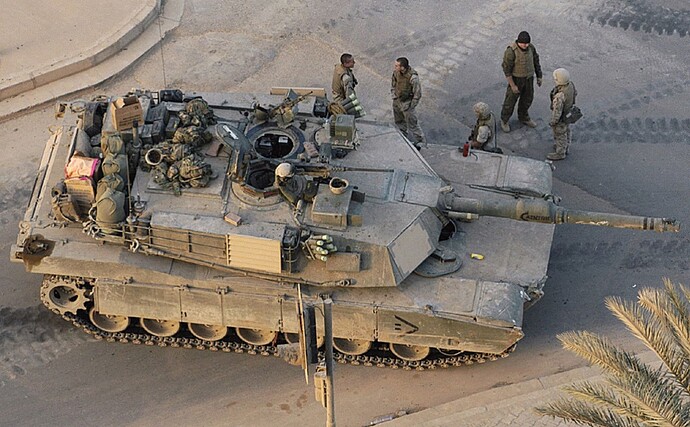 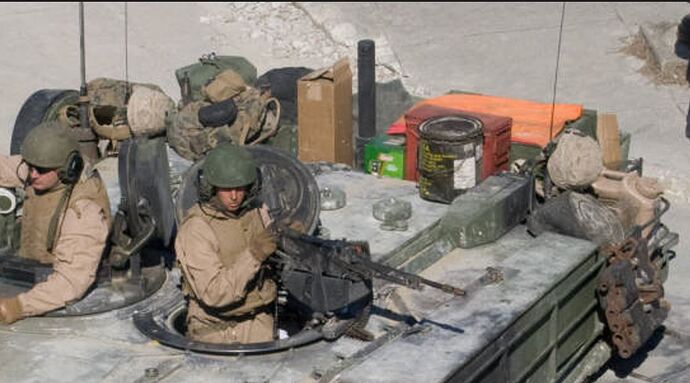 I don’t suppose you or anyone else might know of any places to find quality close-up photograph references of the stowage, either laid out together or individual snapshots, or heck even an itemized list of specific equipment names, so that I might be able to get clear, detailed references on how to paint them?

I don’t, as Ken said the tank crews four, so everyone should have some personal equipment. For there it’s mission based and what the plan is and how the company/platoon/tank store the gear. Modeling after a particular photo is the best resource. HP posted A photo of ‘Carnivore’ that highlights the gear packed and stored different from ‘Young Guns’. The third is different from the other two.

Talking about stowage, Legend Productions has released a few accessory sets that should be useful, like the #LF1359 Some basics for crew equipment stowage.
Standard crew baggage from the 1970s into the early 2000s was 2 duffel bags and 1 rucksack per person. This included a sleeping bag, which could be inside of a duffel bag, attached to the ruck, or stowed by itself. Also, a case (box) of MREs per person, some cases of bottled water, and very often an ice chest of some sort.
If the tank was on a long deployment away from base, everything was carried on the tank. If the tank was operating from some kind of base or camp for just a short time, then very little was carried, maybe just a duffel bag or a ruck.

For the tank itself, a number of items are carried. These items are usually listed in the basic issue items list (BII) which is in the tanks operator’s manual, and the unit SOP. SOPs vary A LOT from one unit to another.
Some basic items include: 1 5 gal oil can, 1 5 gal water can, at least one spare road wheel, at least 1 spare track block (usually more than 1), 1 camouflage net, 1 camo support bag, and a tarp to cover the tank.
There is a thread covering a lot of this stuff, I just don’t remember where it is! Maybe Gino or someone can post a link to it.
Ken

If not this post probably in this thread.
M1 Abrams Reforger 83 - #112 by Stikpusher?

Only thing I would add is I am sure Ken is correct for Army tanks personnel gear, never saw where Marine was issued two seabags. I only had/have one. As you can see on ‘Carnivore’. Some other small differences between the two services tanks.

Those pics are great, thank you! The “Carnivore” one is particularly helpful with the top-down angle. Thanks for the aftermarket recommendations as well

That makes sense, I figured it would vary as such. Hopefully I can get it down to be more or less accurate based on photo references then. I mainly want to avoid including anything that wouldn’t/shouldn’t be there, but I imagine any aftermarket kits I may pick up have done their homework and only come with the proper gear you would expect to find on their respective tanks.

Appreciate the detailed breakdown, that’s a huge help, thank you!

That is an amazing resource, thanks very much for sharing!