Hmmm... I know this doesn't really belong on Armorama, but I couldn't help myself. Check out the new 1/35 scale kit from Border. 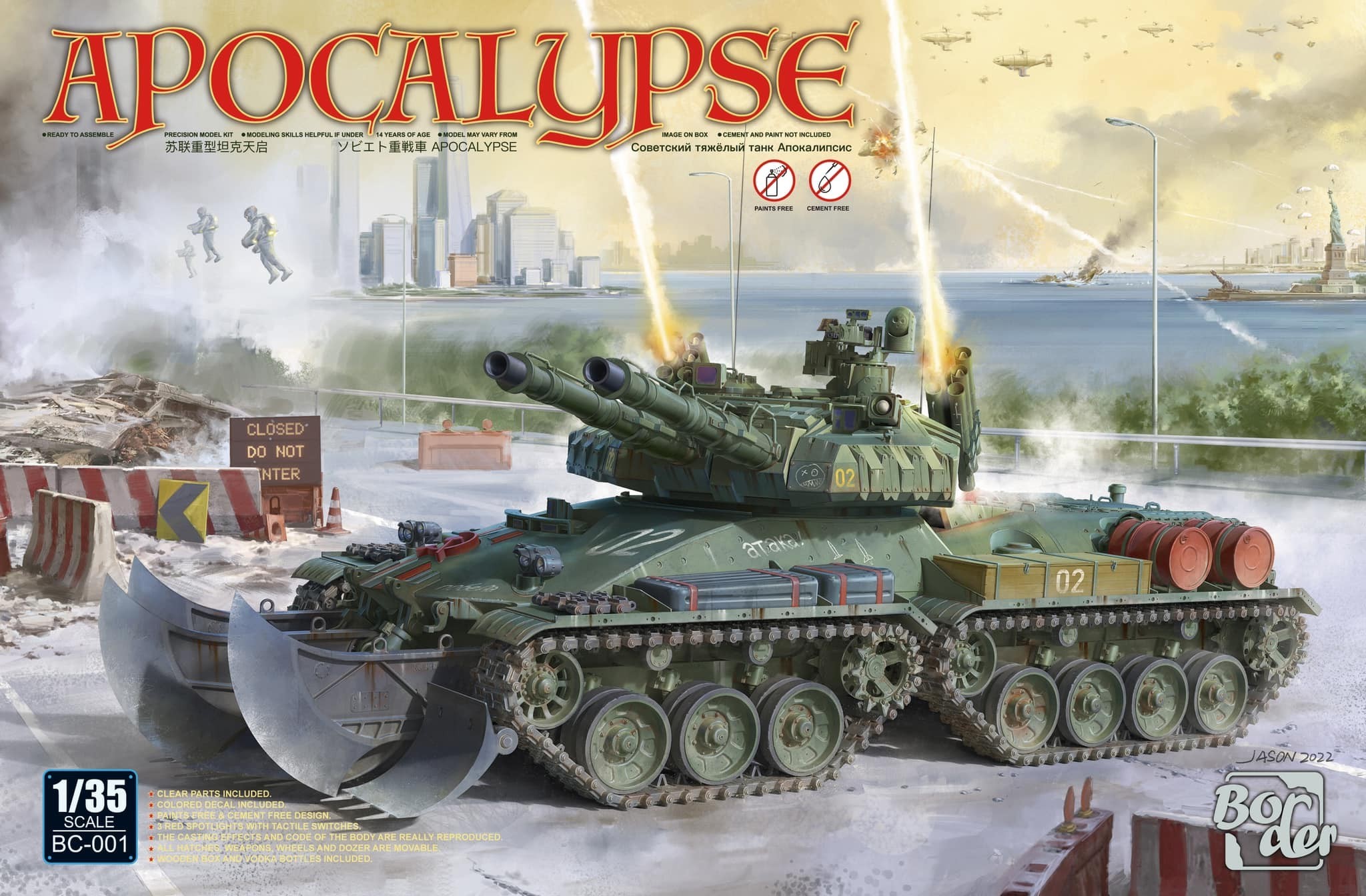 This is partial text from the full article (usually with photos) at https://armorama.com/news/red-alert-from-border-model
4 Likes
Armor_Buff August 16, 2022, 1:22pm #2

Love the Statue of Liberty

on the far right of the art work. Surprised the box art doesn’t have the three flying “starship troopers” riding flying robot sharks with lasers on their heads. However, if they take that thing into a bad hood they’ll get carjacked. Park it over night, they’ll find it in the morning sitting on cement blocks missing wheels and tracks.

Looks fun to build and weather. No accuracy issues to worry over. One could even pretend its a 1946 paper panzer design.

I remember when I played this game. Good times,

Oh boy- what a release. I can hear the theme music charging up in the background.

Here’s the full intro to the game with the Apocalypse Tank front and centre. 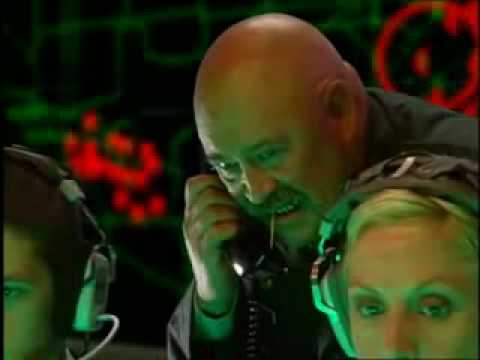 One of the finest C and C games ever made and one of the best RTS ever made too. So much nostalgia. I remember when installing this on the computer there was concept art of all the various vehicles.

The flying dudes are a bit wrong though- only the Allies in the game had ‘Rocketeer’ units- the Soviets had ‘Flak Trooper’s’ to defend against them. The Apocalypse tank could also fire AA missiles at them as shown on the box. In the background you can see the ‘Kirov airship’ which was quite a destructive but slow moving blimp from the Soviets. In Multiplayer mode, when one of them was built, you would hear ‘Kirov Reporting’ spoken and then you knew you had to get some defenses built damn quickly or you could kiss your base dasvidaniya! 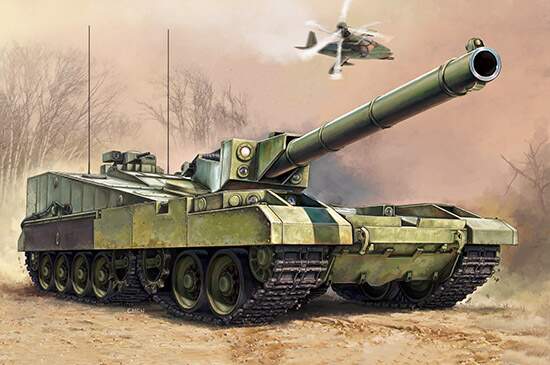 so I suppose the world’s your oyster for sci-fi/what-if afficionados. Good for Border Model I reckon.

The double track design is also something seen recently on a vehicle being considered for purchase by the Bundeswehr- first posted here I think by @HermannB. The Luftbeweglicher Waffentrager. 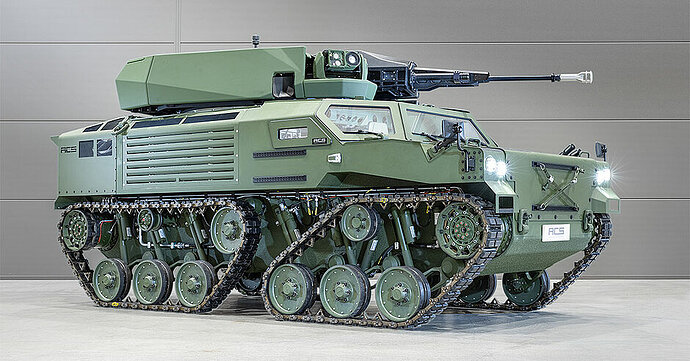 It’s very unique and different. I would still prefer modern Fast Attack Vehicles and dune buggies to be made in plastic (although they are available in 3D printed files).

How about the “Final Fantasy Spirits Within” Copperhead… 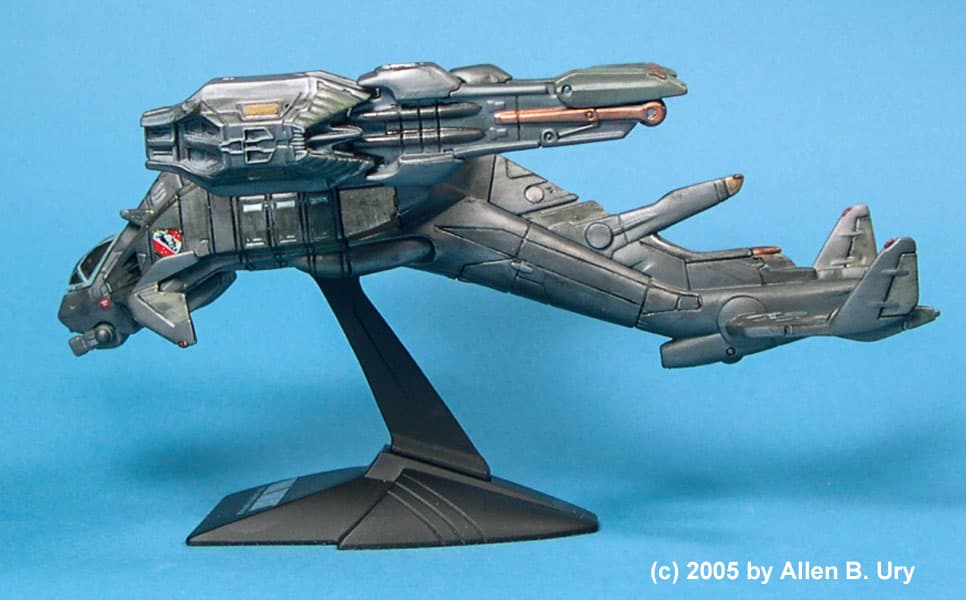 …or Bandit FAV in plastic? 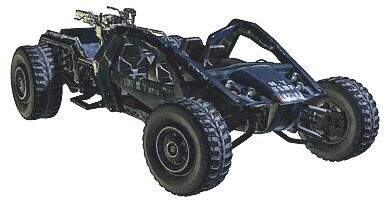 Oh. Nice. Needs more prism tanks. though I feel they should come in a box of 10…

Oh yeah- about ten of those and you could slice through anything on the map!

I was thinking the other day when going through my spare parts box that it would be cool to get creative a build something sci-fi / imaginary from the parts. This is very much aimed at that and I think i will buy it just to get creative with the spare parts. Its such a cool idea. People will slag it off and say it isnt real but we have been building E-75s, E-100s, Panther IIs and Rammtigers and their paper panzer ilk etc for ages so I dont see this as much of a leap further down the rabbit hole. As a means of getting creative i think it has enormous potential. Love it. Well done Border!

That made me chuckle Brian!

I was thinking the other day when going through my spare parts box that it would be cool to get creative a build something sci-fi / imaginary from the parts.

Go For It!!! Much fun to be had, relaxing (if it doesn’t exist you can’t get it wrong), and the additional satisfaction of making something unique to yourself; let your creativity loose. There’s a certain pleasure to be had in thinking “O.K. Mr Tamiya/Trumpeter/Whoever, you might want this built one way but I bought it with my money, it’s my plastic now and I’ll do what I want with it…”. Even more so when you include stuff never meant to be part of a scale model; the other day at the pharmacy I was looking at a cheap toothbrush travel case in what looked like glueable plastic and thinking it was nicely shaped for the hull of a space battleship, anime style…

I really think it’s a hoot…I’m so tired of ANYTHING Panzer related, that this is a bit o fresh air…and totally off the wall…what fun…! I’d LOVE to see an XM800 in real plastic, those huge tires and that 20mm auto-canon…YESSSS…! After a while, WWII armour gets so long in the tooth, as there are so many co’s putting out the same vehicle, it just sucks the imagination outa me. BRING 'EM ON BORDER…!