Highly advanced German jet bombers have made it across the Atlantic and now threaten New York!

Space-age technology years ahead of the Allies allows the Luftwaffe to strike back! America’s nose bloodied!

If those sound like headlines from a pulp fiction novel, dime-store boy’s annual or some kind of alternate history movie poster, then you’re pretty much on the right track. However, it’s also an accurate depiction of the box art on one of my favourite models of all time, the ultra-futuristic Arado E.555. This titan of Luft ’46 subjects is still a kit I can’t believe that a mainstream kit producer actually made, nevermind that it has seen multiple releases! The crazy part is that this 6-engined flying wing was a real project, this particular variant being the first in a family of “Amerika Bombers” developed by Arado.

For a look at this “not-quite-ripped-from-the-headlines” bomber, check out the link below!

In the old days, those bygone times of conquerors like Genghis Khan, Julius Caesar and Alexander the Great, if you wanted to control the world you had to walk. You could ride horses or elephants, t… 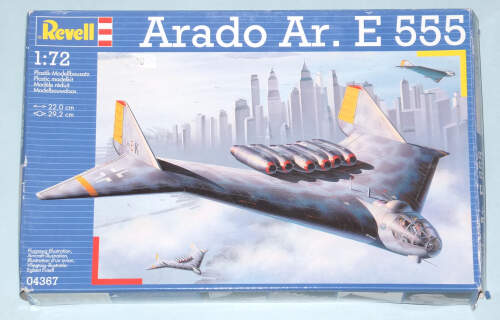 have read two or three books on the plot to drop a few bombs on NYC. The last one I read was mostly engineering evaluations and where they went. It even covered the rockets and even a couple manned rockets. They were much closer than most think, but still years away. Then there was the Italians who had a serious interest in bombing America.

The real issue for them was not building a bomber, but getting the range with a serious bomb load. Moscow would have been easy as well as Ural factories, yet crossing the pond was a serious hurdle. The goal was never NYC or Washington D.C. as most think, but the “iron triangle” in the midwest. Indiana and Michigan in particular. Untill the end of the war, the FW and one of design were the best. The FW look a lot like the B29, and was about a year ahead in flying time. Yet lacked the range needed with a near max bomb load. The Germans just needed better engines. Even the fabled Jumo 004 and BMW 003 were not really strong enough. The Huirth (SP) was much closer to their needs, but was only just starting production when the war in Europe was over. Italy was looking at sea planes that could be refueled in the middle of the Atlantic Ocean (Germans also looked at two Droniers)
gary

Yeah, I have a couple books on the subject too. One is on the Me-264, and another is called “Luftwaffe Over America”. It was all about the technical hurdles and the proposals for getting over them.

In reality, no European nation really had an idea of what it took to get a bomber across the ocean, and even the B-29 wasn’t an “intercontinental” bomber.

When you see the size of the E.555 compared to a B-52, it’s an utter joke. I mean, the E.555 is a passably large medium bomber, and the flying wing allows better range due to fuel carriage and drag minimization, but still… A crew of 3-4 crammed into that small a space for an intercontinental return mission? Typically, too, the defensive armament was very weak.

There wouldn’t be a pure jet that could even do the job they wanted to until the B-47, and of course the B-52.

Add to the mix the utter unreliability and criplingly low MTBF on early German turbojets, and the engines would be essentially single-use.

While they had a lot of cool concepts, none were ever going to hit the US using conventional tech. The Silbervogel, though… that was some crazy inspired idea!

As for the Italians, sure, you can use seaplanes for mail delivery, but surviving a bombing run over US soil in something that slow and plodding becomes a daunting prospect. These ideas from the same air force that resisted enclosed cockpits for as long as possible…

the wildest one I read about was the towed V2 rockets and the three stage rockets. The Rocket program was starting to make leaps , and the advancements made in gyroscope guidance systems was starting to show up in late 44 and early 45. Thus taking the V2 from a terror weapon to a much for accurate delivery weapon. With the nuke program ( forget the heavy water crap) was rolling along at a much slower pace than the USA, and one of the main issues was in the triggering device. Even the Japanese were way ahead of the Germans in that department. To this day there is one nation still using a copy of the original Japanese device.

Life span of jet engines for everybody was nothing to brag about. Nothing seriously came about till the advent of Hestalloy and waspalloy; plus the lost wax method of making turbine blades. Credit Rolls Royce for the turbine blades even though they couldn’t figure out a way to do it efficiently. The data on the other two rests with Allison Div. of GMC. Specs are closely guarded.
gary 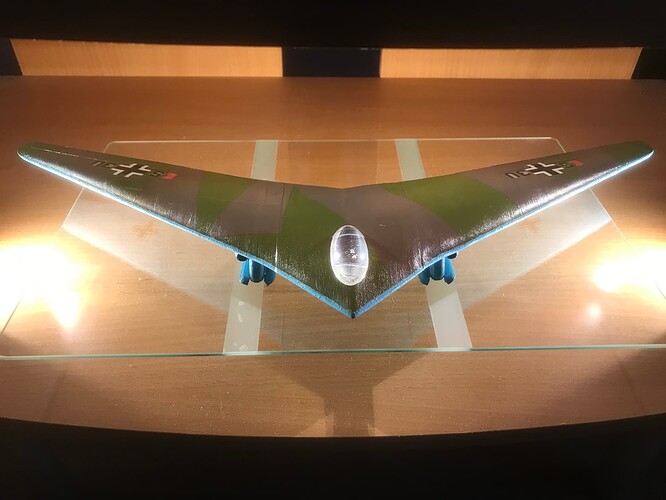 Bit of a Horten fan,so should mention the HoXVIII and variants.Designed as an”Amerika Bomber) it was pie in the sky.No kits available,and my age,loss of sight in one eye and arthritic hands make them an impossibility.So I have this guy on Shapeways do the hard work.This is the ‘b’ version,1/60 scale.
Would this kind of thing fit on the forum?Im currently working on the HoX,with the VII and IX(229)to follow. 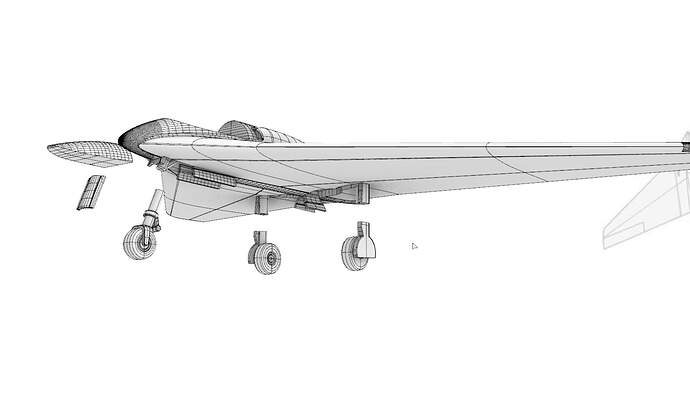 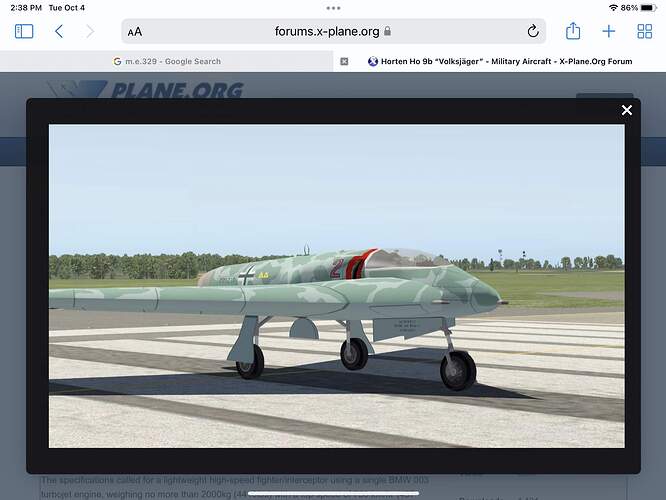