Ahoy shipmates,
This is the old Revell Skipjack in 1:230 scale.
The sub was waterlined and much of the hull was reworked with essential detail.
Some flooding and air vents were added. Emergency buoys were scribed in.
The tower was cut open as to allow figures to be added.
The periscopes and antenna array was scratchbuilt as the originals were really
bad.
Degaussing cable added to upper hull.
Eliminated the oversized fictitious reactor hatch aft of the conning tower.
Created a water base for the sub and added the 3 scratchbuilt dolphins to add
some interest.
Hope you like. 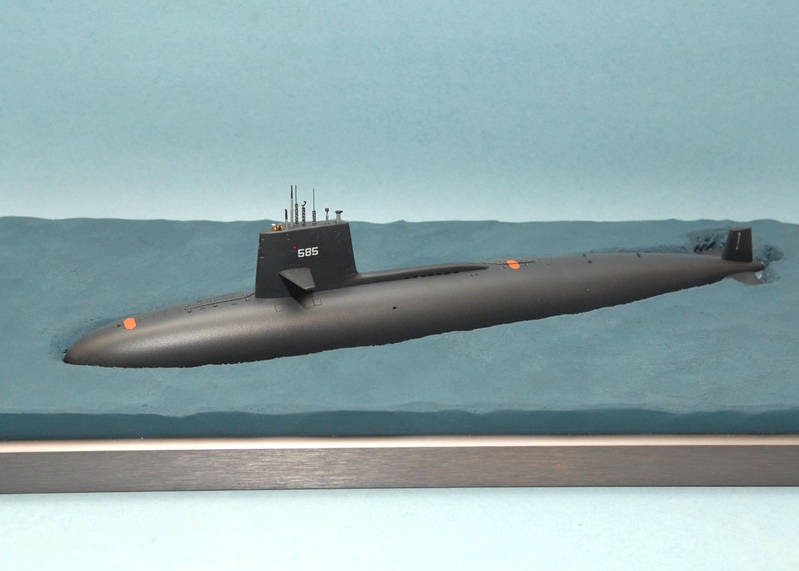 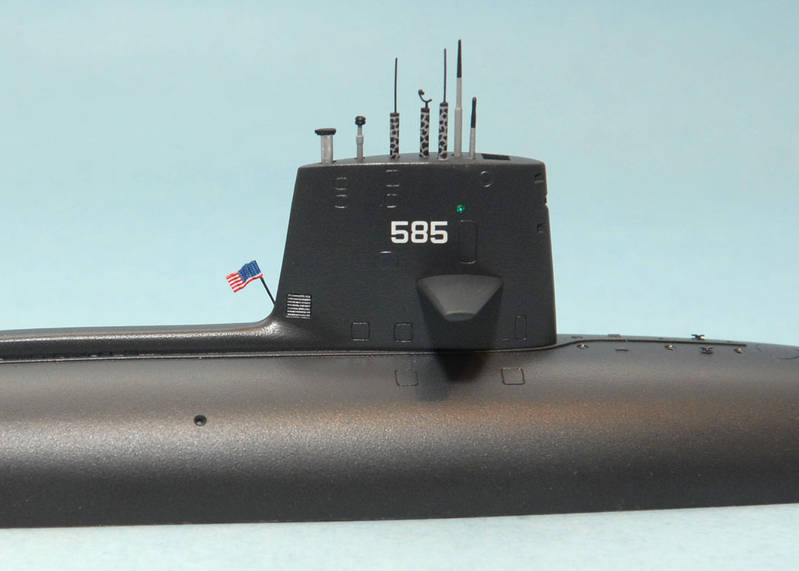 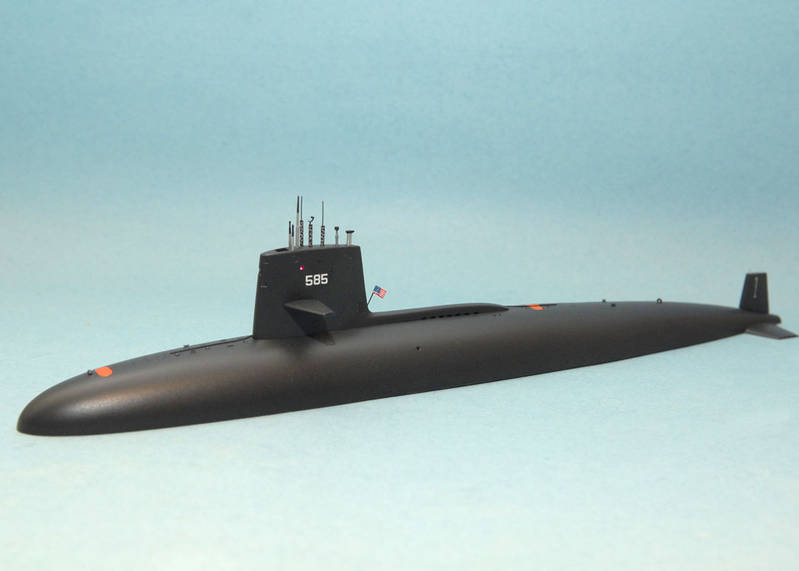 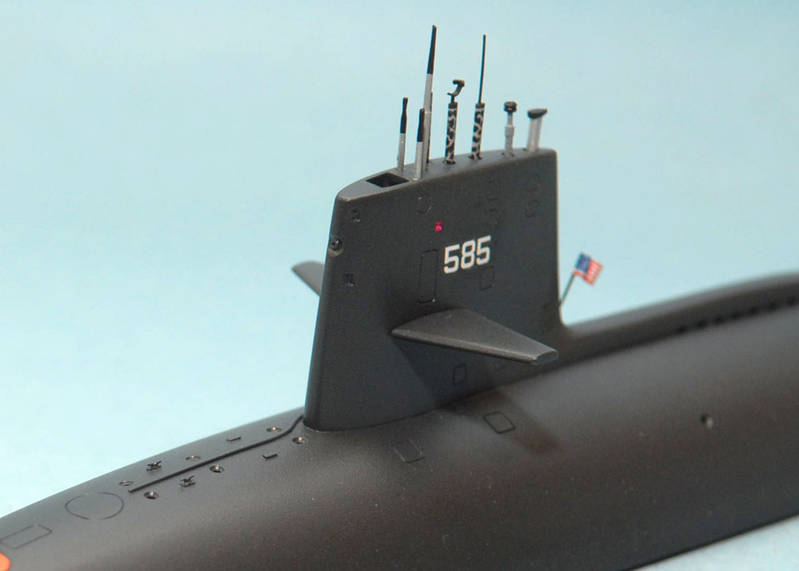 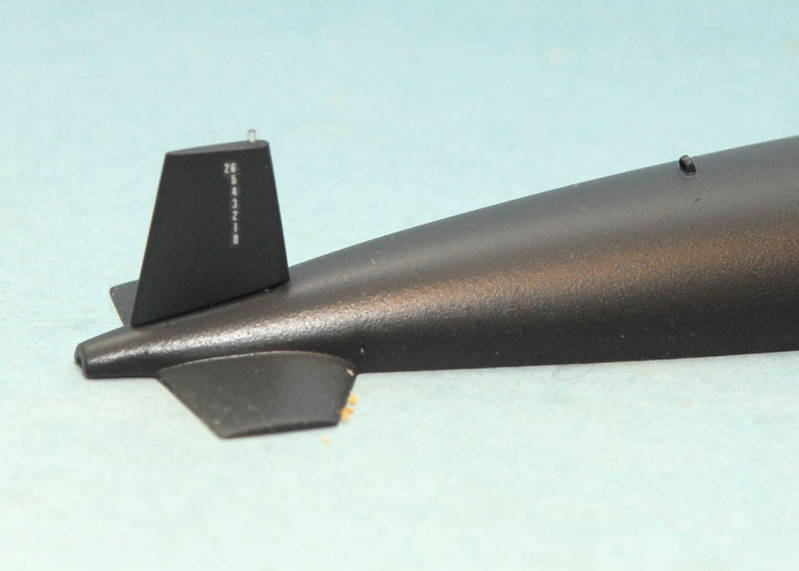 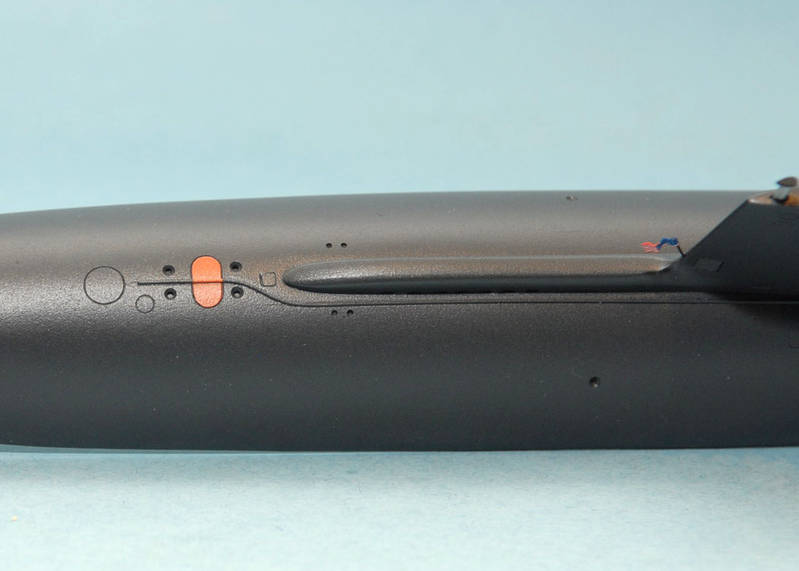 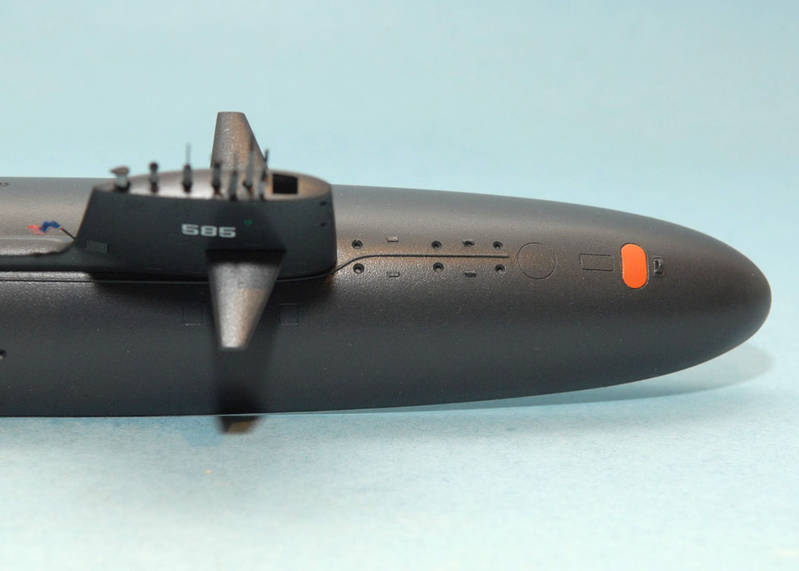 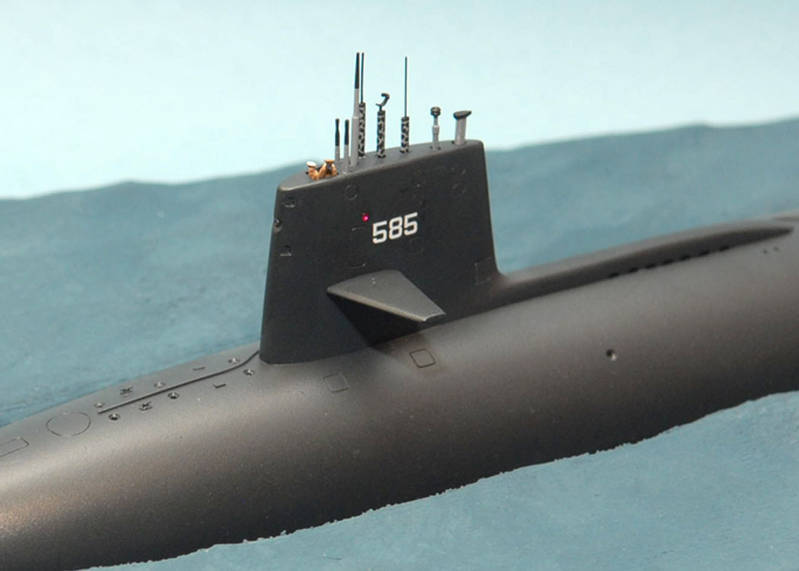 Joe, your Skipjack is nice! I’m not familiar with the Revell kit… the scale suggests that it may be a repop of the old Aurora offering? Anyway, your take on the kit is effective. I especially like the dolphins!

Thanks Tim for looking in and the kind comment.
My copy was the Revell rebox of the old Aurora kit.
Cheers,

Yes, the dolphins are a definite hit. No wonder they issue you a pair when you become a submariner.

When I first mounted the sub and finished the water, I felt it was pretty plain so
I went back and added the dolphins and a second crew member in the tower
looking down at them…changed everything.
Thanks for looking in.

Wow! I remember this kit and the reactor hatch from building it back in mid 70’s.

Grauwolf has done an outstandingly good job of detailing the sail with antennas and such. What waz in the kit was horrible.

I remember this kit and the reactor hatch from building it back in mid 70’s.Grauwolf has done an outstandingly good job of detailing … What waz in the kit was horrible.

I agree, Joe (Grauwolf) has done a first rate build of this old and mediocre kit! I have to disagee about the reactor hatch though; I too built this kit as a kid in the 1970s, and I found the hatch to be a convenient loading point for the firecrackers that ended my own Skipjack’s career…!

Dolphins are not issued to submariners. It takes one passing an extensive and intensive qualification program. Once earned, the submariner is presented his first set of dolphins that he must earn again with each successive boat. It is understandable that we submariners are proud of having earned them.

I’m reasonably sure people get my meaning. Issued, awarded, pinned, earned, however he got them, my dad received them in the early sixties. (Can you get “Blood Dolphins” the way we Airborne types get “Blood Wings?”
While I wasn’t there for that ceremony, if there was one (I was only one or two) he did relate to me the story of how you became a Nuke. In that time it required a personal interview by Hyman Rickover, the Father of the Nuclear Navy, In my dad’s case it meant walking into a room with no one inside, and an empty chair. Apparently it was a test to see what you would do. He chose to sit while he waited for the admiral. He passed. 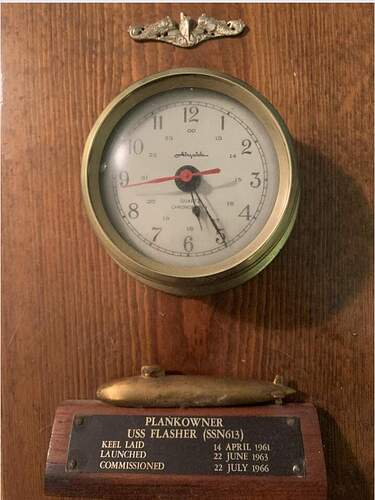