I have dug the kit out of the stash and wanted to use AM tracks.
The Amorama review here: 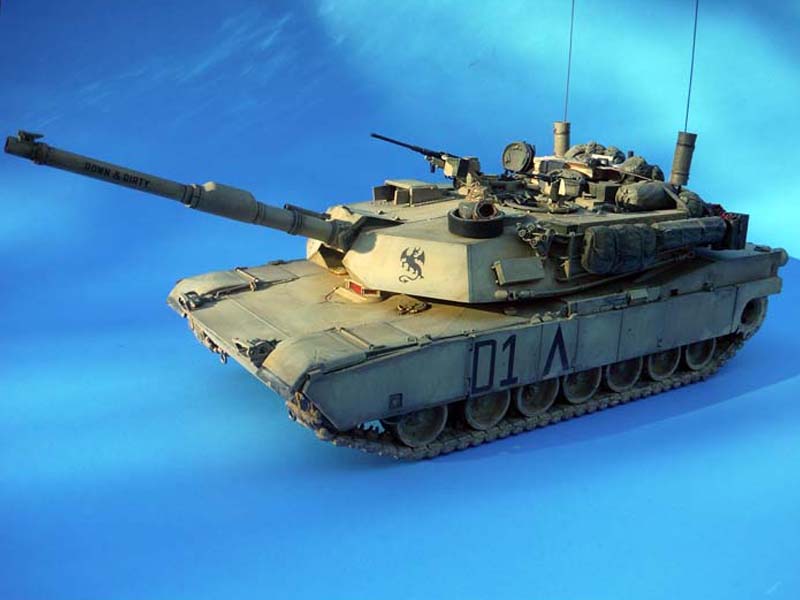 says that a later vehicle can be made if you want to use “big foot” AM tracks.
Can I just make it OOB and add the tracks and use the marking options?
Or were there no 1991 M1’s with big foot tracks? In which case I will need AM decals as well.
All suggestions/help gratefully recieved.

From what I have read both track styles where used but Bigfoot being the newer type then. One would have do photo research for the markings to see what type was used that day but I think would have been possible to go one day with the old style and needed new tracks and have Bigfoot as a replacement but you probably wouldn’t go the other direction.

Tracks are not a feature that would determine the M1 type.

Basically, older deployed tanks (M1IP, M1A1) had the older, all rubber chevron tracks, and the newer, heavy armor (HA) had the newer tracks. Some units from Germany deployed with them, others received them in country. after that, as @Tank_1812 said, replacements would be the new type.
The tank depicted in the review article actually has the wrong tracks. We deployed with tanks equipped with the old rubber chevron tracks, as depicted. Just before the shooting war started we were issued brand new tanks, with the new “big foot” tracks. 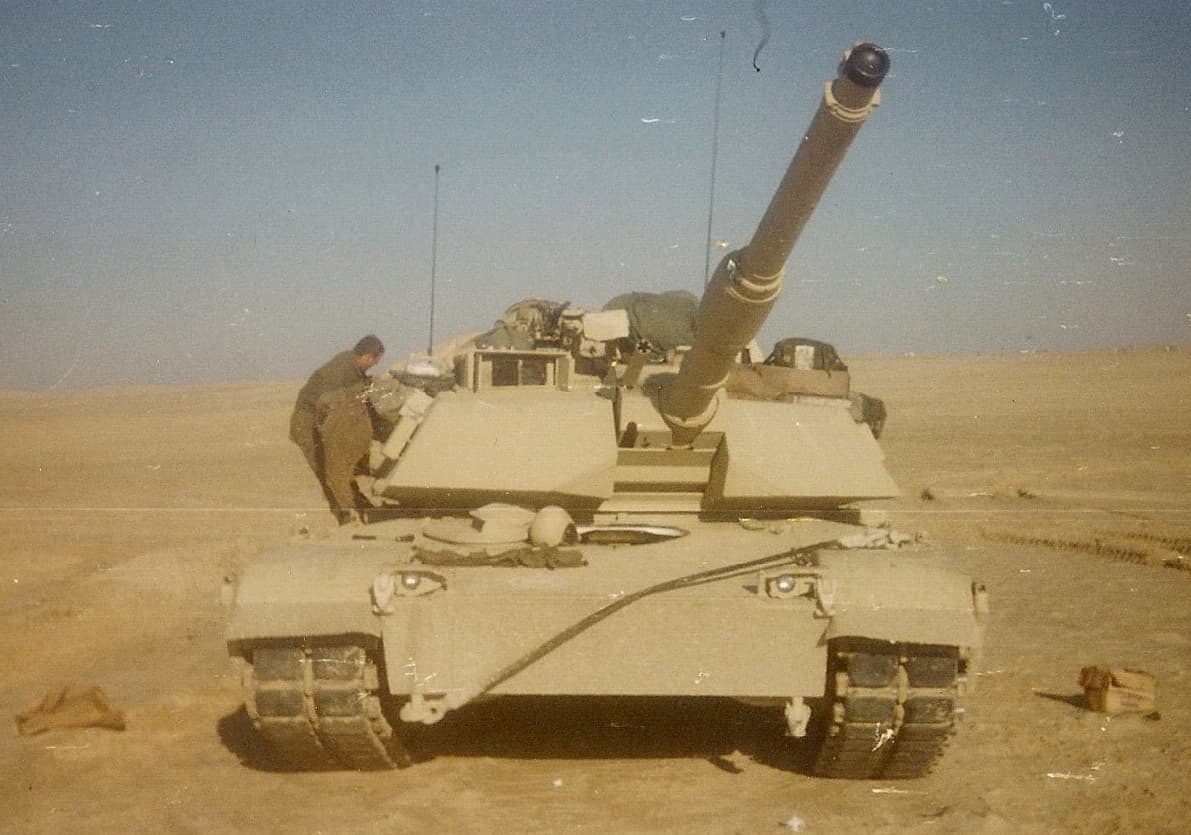 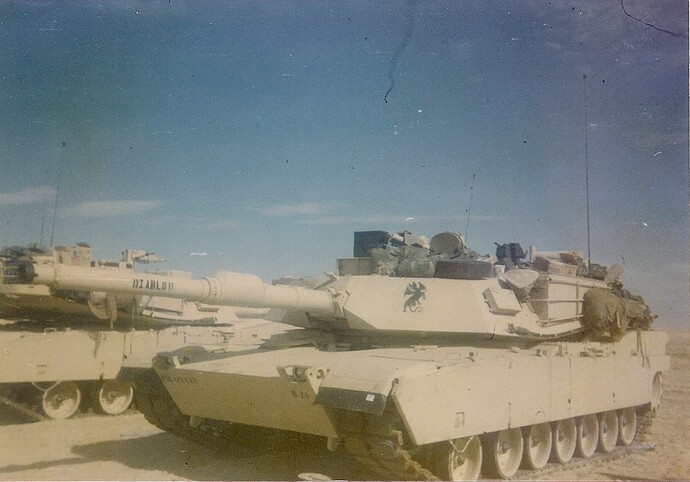 Thank you for your help.
I am going to do the decal option in the article and the Friul tracks are on the way.
One question please, the instructions: 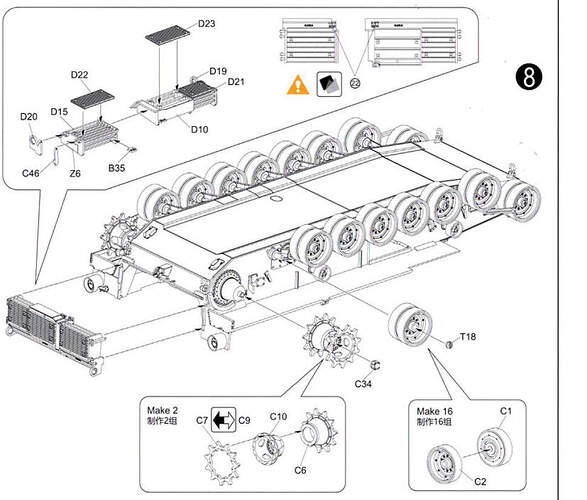 Unless you have a photo showing otherwise I would use C9, the smooth inner sprocket ring. C7 scalloped/fancy/light I think came later than GW1. 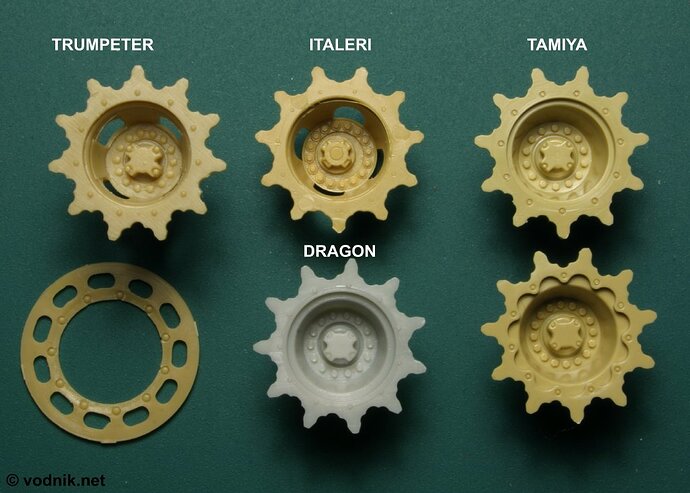 FYI, not sure if your kit has the updated instructions. 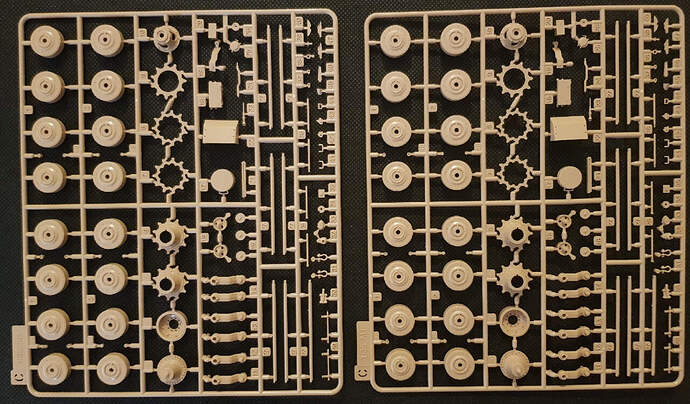 He is talking about the bottom right of the picture, the scalloped outer ring. It was not used in ODS, but later in Iraq. Use part C9, the solid outer ring.

No problem. The bottom left is a sand ring, mostly used by Marines but not always so consult a photo for the tank building to see if it was used.

The bottom left is a sand ring, mostly used by Marines

It was actually a retaining ring used on the original M1 since the tracks had a tendency to come off the sprocket easily. It was later tried by the USMC during OIF when they had similar issues w/sand fouling the sprocket.

Use part C-9, the solid sprocket. The “scalloped” sprocket (part C-7) came much later, and, in my opinion, is a worthless POS.

As for the sprocket ring, often called the paddle wheel, as Gino stated, it was used on the original M1. We liked it, thought it helped a lot, and some units/crews kept them even after the Army had officially (and stupidly) deleted them.
Ken

We received our big foot tracks in 1991 for our M1A1 heavies in Germany.

D-22 driver was going too fast when he took a left hand turn. Outer sprocket and retainer ring snapped off throwing the right track. The retainer ring is propped up against the sprocket hub. The sprocket is in the dirt off to the right. 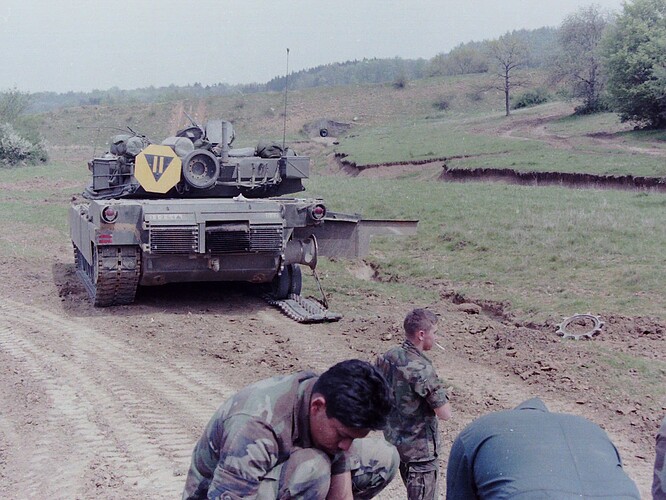 So, ‘snapped off’ how? Are all the bolts broken? I’m curious about the physics that happened to that drive wheel.

Are all the bolts broken?

Thats what usually happens in a situation like this - all the bolts shear off.
If there is enough of the bolt left sticking out of the hole a tool can be attached to it and twist it out. Otherwise, it has to be drilled, and extractor used to remove it, and if the threads in the hole are damaged they have to be repaired. If the item has a lot of bolts the work can take several hours.
Ken

To add to Ken’s description, when making a left turn, the left track is mechanically braked and the right has all the power transferred to it. If the tank is going fast and turned quickly, that sudden shift of power can be too much and something has to give. Usually the sprocket bolts sheer off and you throw/break the track, leading to hours of fun for the crew.

I have seen where the final drive bolts sheared and the entire sprocket assembly came off. The mechanics had to replace the entire final drive assembly! Pretty much took all day to get that one fixed!
Ken

Our Battalion maintenance dropped off a new hub as it was much easier than drilling out the bolts. We had them up and running by chow time.

Oh, easy day! And it looks like you had good weather too! No slogging it out in the rain and mud!
Ken