Hi all, i have a 1/35 Esci T-55 A (M), i have seen pictures of the Rhodesian T-55s that were originally polish T-55s sent to Uganda and ended up in Rhodesia. How hard would it be to build the Rhodesian T-55 from this kit, or is it to different that it’d be better to buy the miniart kit instead?

I think you would have an easier time buying the Miniart Polish T-55 kit, since you wouldn’t really need to modify much.

Polish T-55s used a different method for securing the mantlet cover, compared to Soviet tanks. On Polish machines, it is secured to the FRONT of the mantled housing, whereas on Soviet tanks it was secured to the SIDE. Also the retaining plate on top of the mantlet housing was different. The Esci kit omits this completely, so you would have to add it regardless or not. One other difference is the stowage box on the turret side. The Tamiya kit has one, so the easiest thing would be to ask if anyone has one to spare.

I also understand the engine deck on Polish machines was different, more reminiscent of the T-54 compared to the T-55.

For the Esci kit, you also would need to raise the turret a bit, as it is too low. I would also look for aftermarket tracks as I never could get the kit tracks to look right; your milage may vary.

The Miniart kit would be more accurate out of the box.

@Garrand thank you for this rundown on what all needs to be fixed. I got the esci kit for $20 on eBay and it came with the verlinden upgrade set. Now this set is only to make a better A (M) variant but it may mitigate the low turret profile. I know miniart have some road wheels and track sets. The tracks in the kit aren’t rubber and are actually pieced together. As for the storage boxes i may be able to build a few from scratch i just need to practice. Maybe i do just spring for the miniart kit and build the esci one as a Russian or polish variant.

Despite collecting over 40 pictures of Rhodesian T55s I must admit I did my Rhodesian T55 using a Tamiya kit as I was unable to find precise details of the Polish version Rhodesia acquired. I finished it in the later light green and tan colour scheme common with the majority of Rhodesian military vehicles. 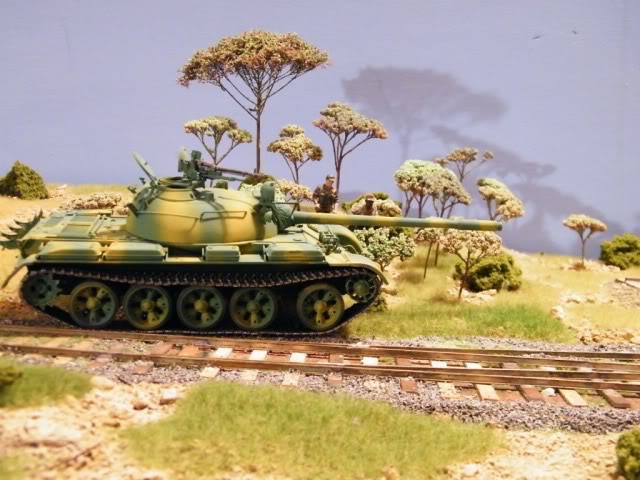 @dcrfan that looks great, i like your camo pattern. I’ve really only seen two or three pictures and it’s from the front of the T-55 looking at its turret. All you see in those pics is the front half and stowage box, not many other details.

How about these non front photos. 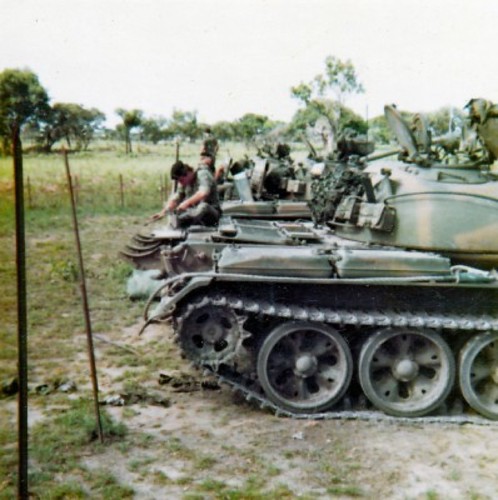 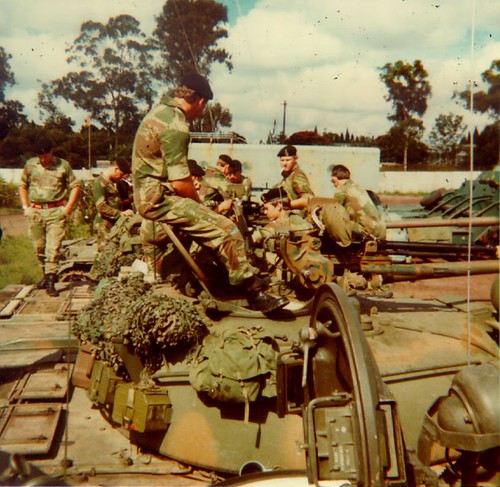 @dcrfan i had never seen these photos before. Didn’t realize that it was only one side that had the stowage box and everything else was handles.Thank you!