Rhodesia obtained some clapped out IDF UH-1s and refurbed them for use in the Bush Wars. I’ve seen one photo with a twin .303 mg set up in the left side door. Was there one on the right side? One photo looks like it might be a 20mm Mauser like the SADF G-Car. Was that an option? What other mods did they do during the rebuilds? I heard something about solid bench seats. ( looks like them in the photo) 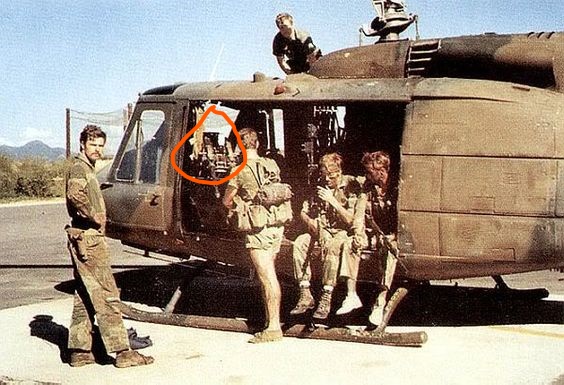 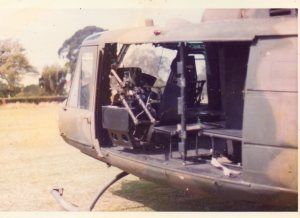 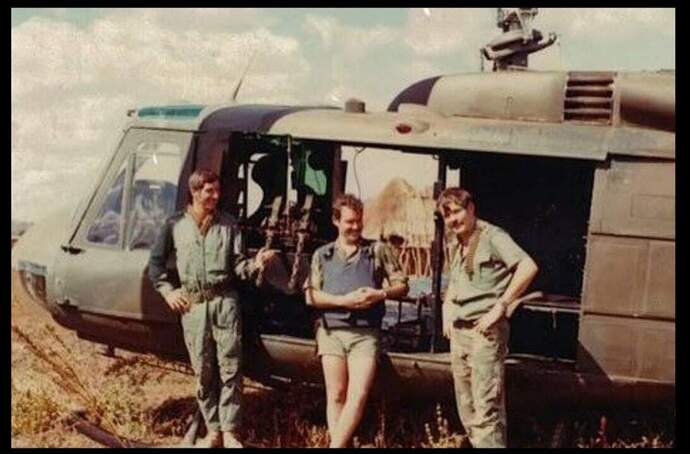 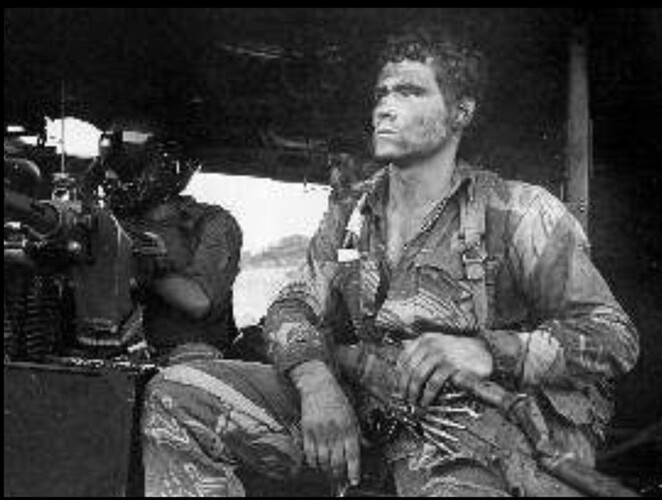 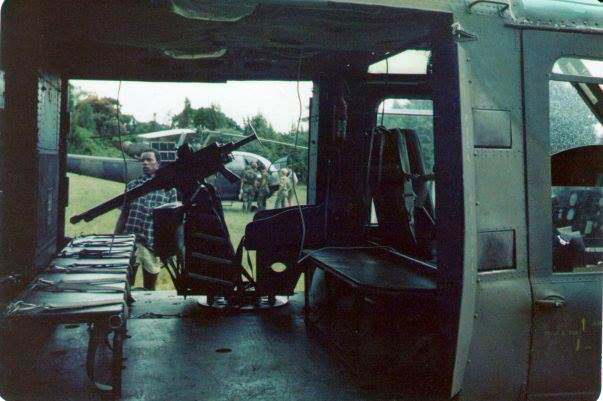 Bigger pic of above. 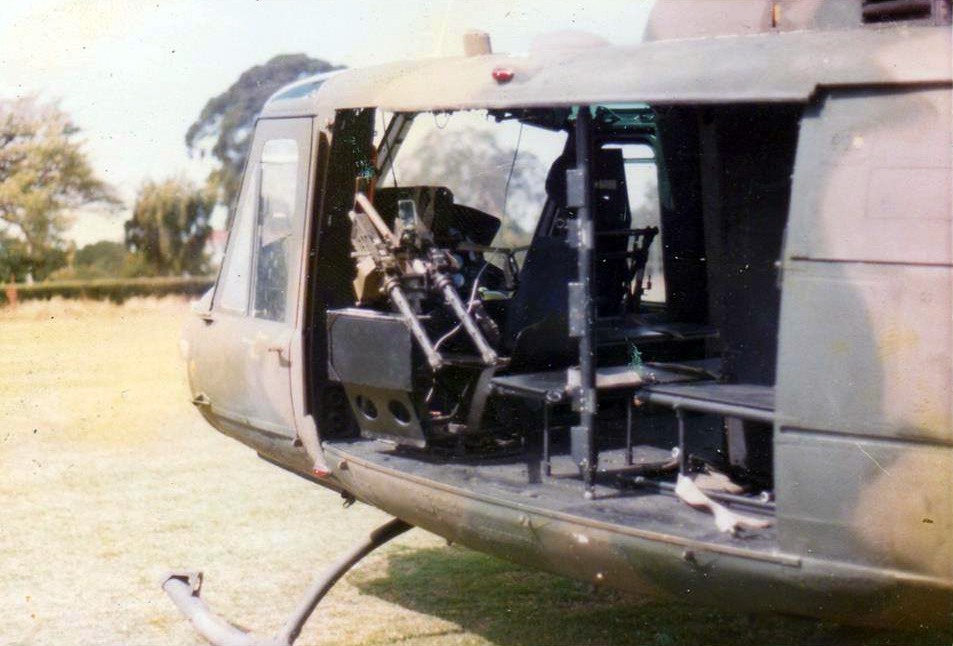 It also looks like there are pieces of plywood or something over the troop seat frames.

Could the guns be M1919 Browning LMGs? The bench seats have a metallic shine. Aluminum? Light steel? ( help keep getting your nuts shot off by ground fire… even if it is only psychological.) As for the guns, the SADF G-Cars had twin .303 chambered Brownings (ala Hurricane/ Spitfire). Looks like the interior is black. Yes?

Yup, interior looks all black. The benches could be covered by steel, makes sense.

The twin mount was only fitted to the port side as per Alouette so helos could always orbit in the same direction over target while firing. The MGs are not M1919 they were .303 ex aircraft MGs. The new rear seats were thin metal sheet only not armour. I have about 40 photos of RhAF Cheetah from various sources but you have posted the few that clearly show the weapons and mount.

The twin MG mount is very similar to that fitted to RhAF Alouette G car (less the seat) and there are 4-5 really good photos of these mounts that have been published. I will post them tomorrow.

I built a 1/35 Cheetah but never got around to making the MG mount as I was more focused on their unique vehicles.

Edit. A great source of information on Rhodesian modelling at ww.newrhodesian.ca/viewforum.php?f=48

I found an Eduards set from their Lyander kit that looks pretty close. 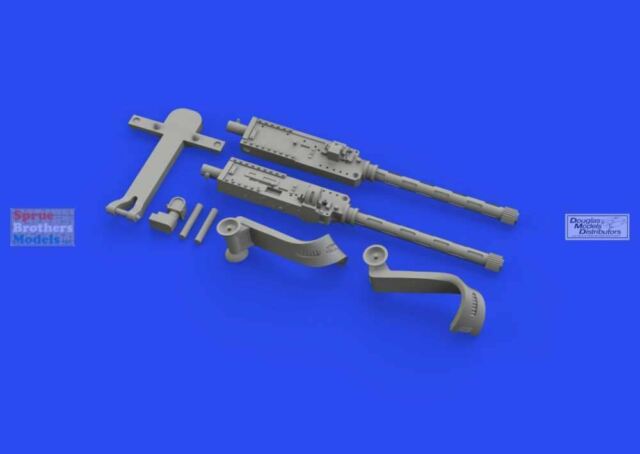 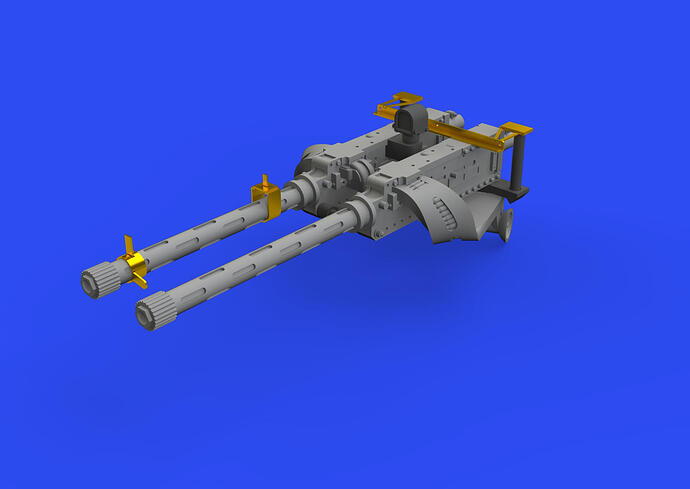 What colors would work for the exterior? RAF Dark EarthGreen? Or the Hataka SADF aircraft colors?

There must have been an interior colour change as I have seen photos with both dark and light colour scheme. I went with the light grey insulation, dark grey floors and dark green seat tops. Photo shows my Cheetah surrounded by 1/35th Rhodesian vehicles. 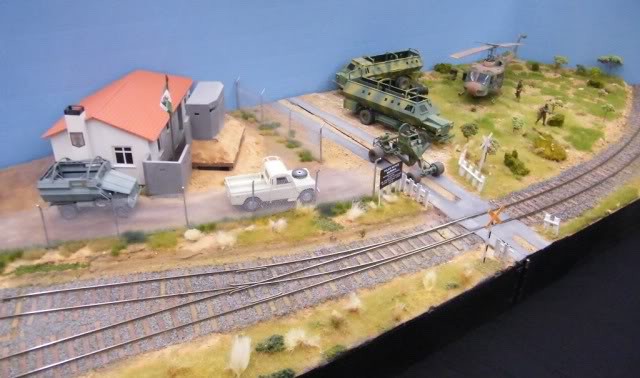