Does anybody know what color this ship should be? The kit instructions say Bright Metallic Silver, and looking at the few photos that I could find of the original studio model looked more like a very light gray. Does anybody have some good hard color info?

I painted mine silver. Looks gray.

The original was destroyed by the guy who built it because the studio would not allow further use of the prop when they found out he was not union.

When I did the AMT classic reissue a few years back, I did manage to find some photos of the original filming model and it does look light grey with silver or aluminium at the rear of the engine engine nacelles.
The CGI model seen in the remastered episodes is also light grey. 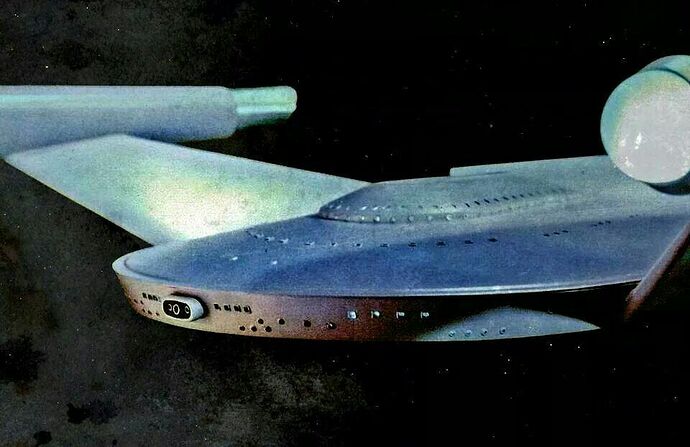 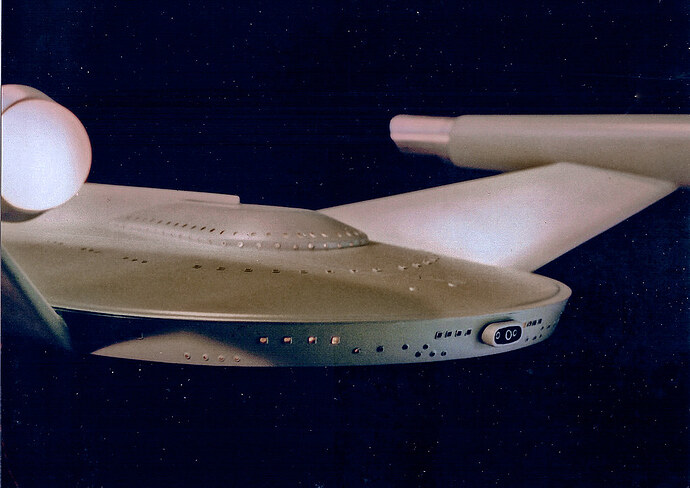 However, when it came to painting my own I went for a pale grey-green. I wanted it to be in a different colour to the Federation grey and keep with the Romulan colours in TNG.
Might still have the photos on my phone of my finished BoP.

Best of luck with it, always enjoy seeing some Trek kits built. 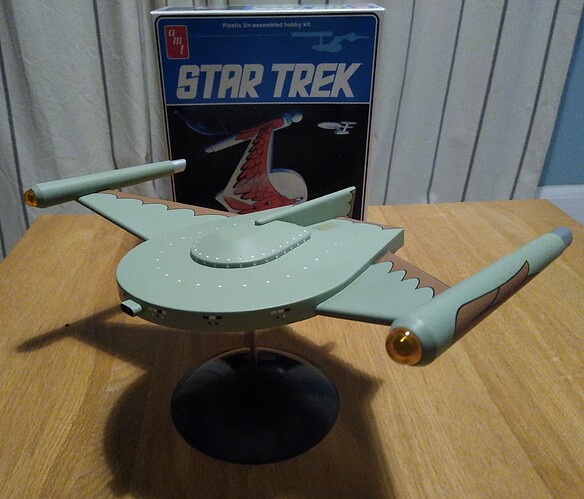 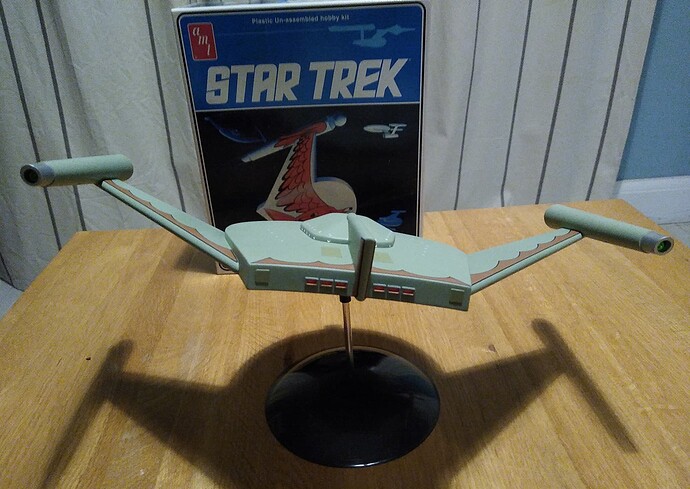 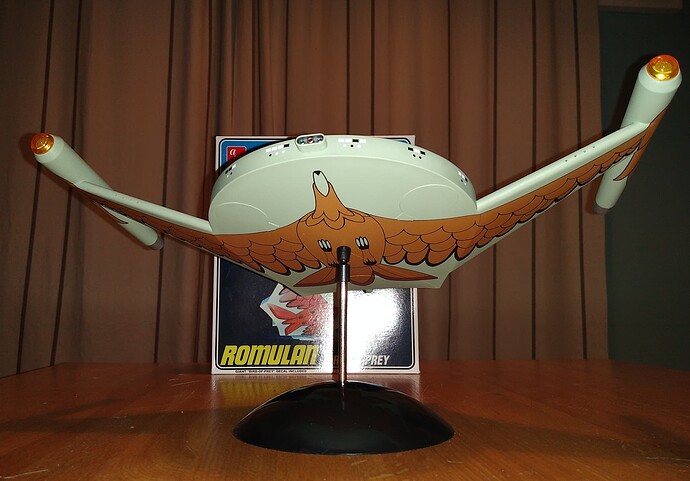 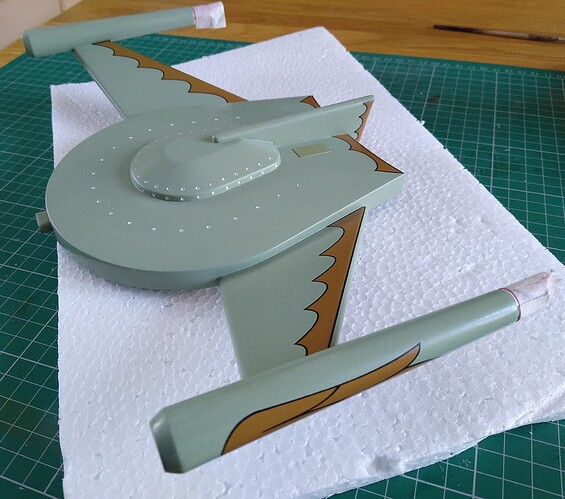 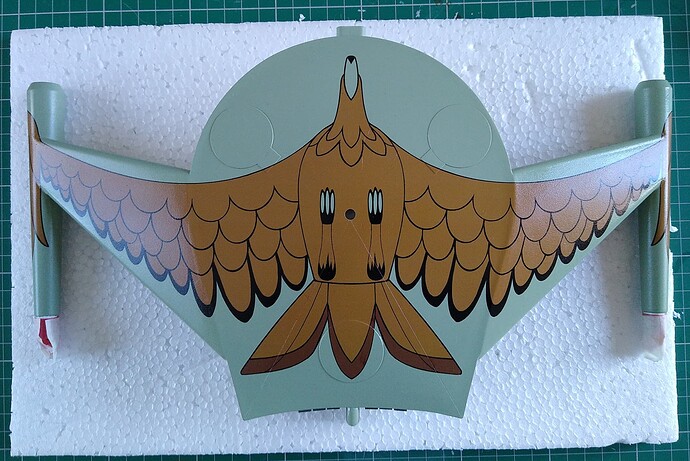 I did a lot of scratch detailing on this very basic old kit. Added landing pads to the bottom, shuttle bay doors on the hull top and impulse engines to the rear. Based on some plan drawings I found online. I might still have the link saved. Lastly, replaced the crappy decals with a far superior set from JTgraphics, which cost me more than the kit to buy, ship and import. Really got shafted by HM customs. But, all worth it.

@phantom_phanatic, Steven, thank you so much for those photos and the quick replies. I have the 1/1000 scale Round 2 kit, so it’ll be a tad bit smaller than the original AMT kit. Light Gray it shall be!
You guys are right about the front weapon station looking like some sort of plug port. Too funny!

The Round 2 kit is also more accurate than the original AMT.

Well then, I have a more accurate kit to look forward to

Happy to help.
The newer 1/1000 is much more accurate in shape than the old kit. The biggest error being the straight sided hull! I just kept it as. In my mind it’s a refit, with some extra deck space added to the lower hull.
That’s the fun of SF modelling, you can go let your hair down and let your imagination run wild. I try to be as close as possible, but sometimes when the kit has flaws or references are not the best, I just make the most of it.

Here’s the link to the blueprints I used a reference on my build.

I would have painted it German WWII Ambush Camo pattern. 300 years ahead of its time.

Yeah, it’ll blend in well with those space forests NASA keeps finding in the Kuiper Belt.

It could be Late War NAZI technology. That somehow resurfaced in the future. When the Nazis were conducting time travel experiments.
Hitler escaped Berlin. Transported to the future and ordered construction of the Bird of Prey. The Bird of Prey replaced the Nazi Eagle in the 4th Reich. Once built it never was transported back to the 20th Century. But was trapped in the Future.