Running up to WW1, the French placed a big bet that their infantry, supported by the excellent 75mm field gun would defeat the enemy in a war of movement. When that gamble lost and the war of movement changed to static warfare, they needed heavy artillery and needed it now. The call went out to scour costal fortifications, quiet frontier posts, warehouses, and even museums for serviceable heavy artillery even if it was obsolete. Among the old ladies that they rounded up and got to the front was the De Bange 220mm mortar. The weapon was about 35 years old and lacked a recoil system. It had to be man-handled back into position after each shot. But it threw a heavy shell far enough to hit the enemy positions. 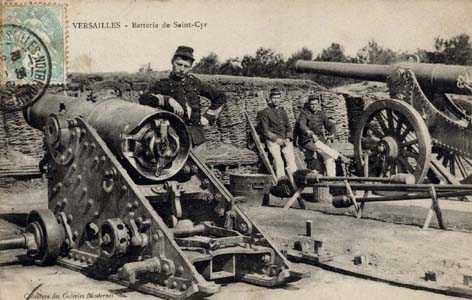 This is the excellent Vargas Scale Models kit. It is fully 3D printed in resin and goes together well. 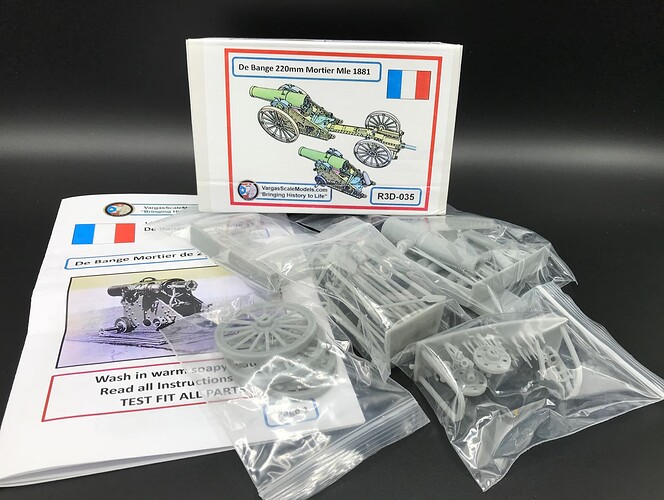 I normally build my artillery laid, safe, and ready to fire. 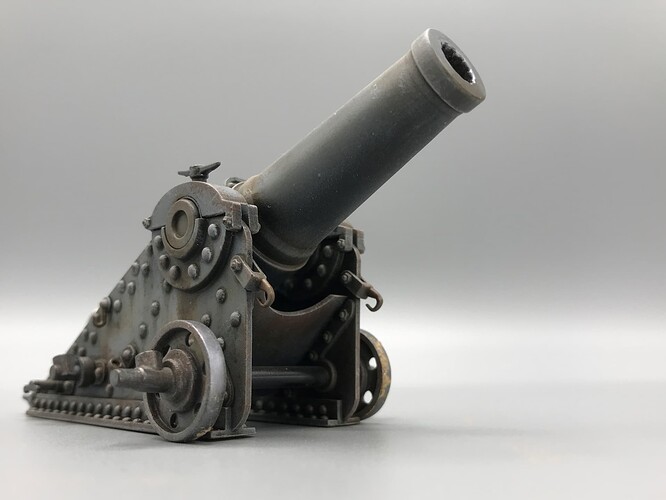 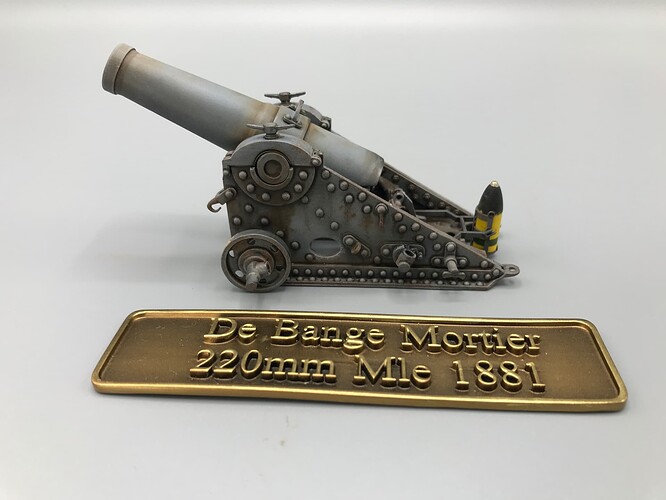 The kit includes a bunch of ammo and all of the gun implements necessary for a firing position diorama. 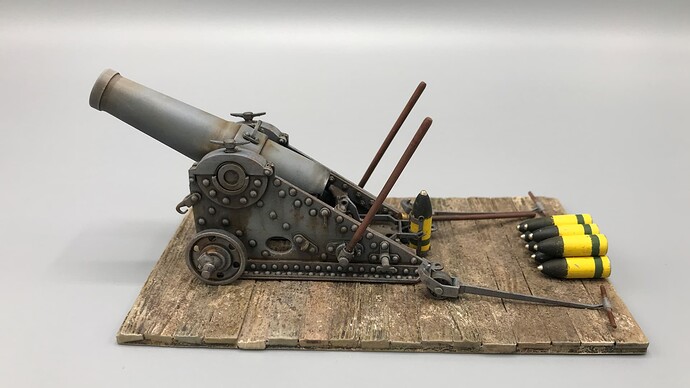 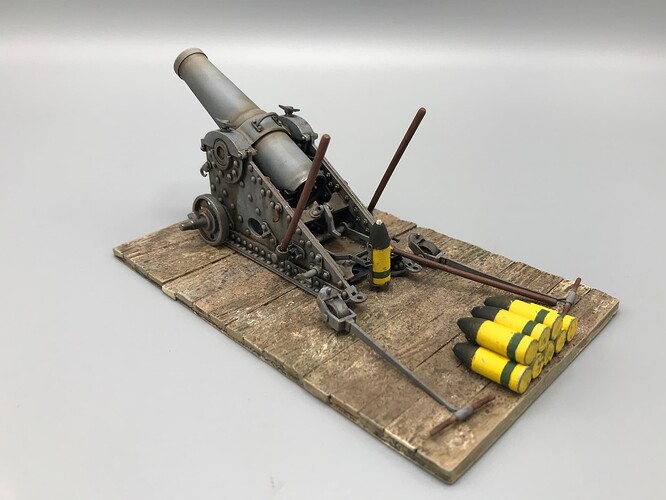 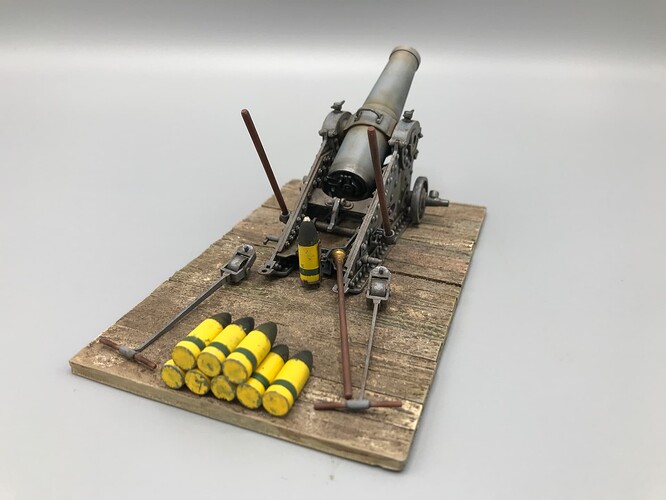 The kit included a nicely detailed limber. I hated to waste it; so, I replaced the axle on the mortar with telescoping brass tubing which allowed me to swap the battery wheels for the traveling wheels and display it with the limber. 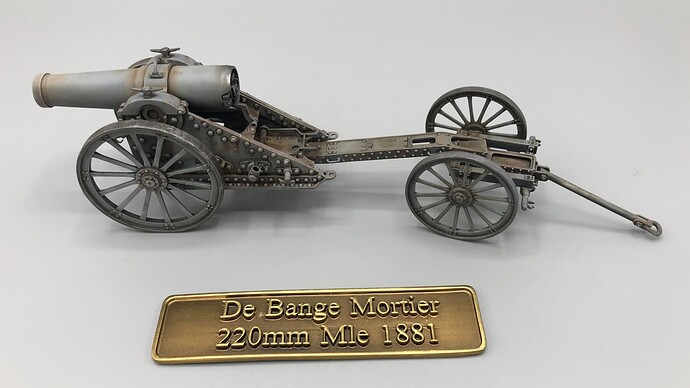 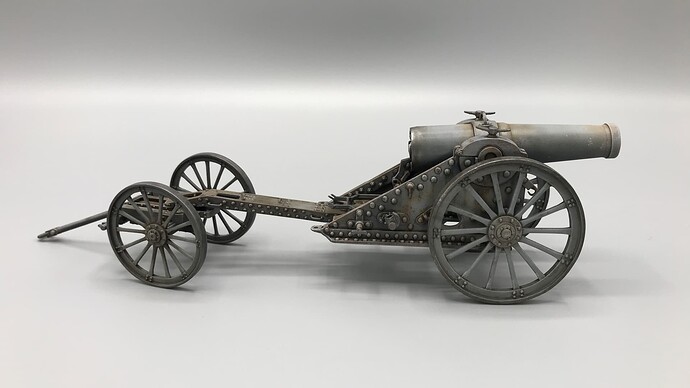 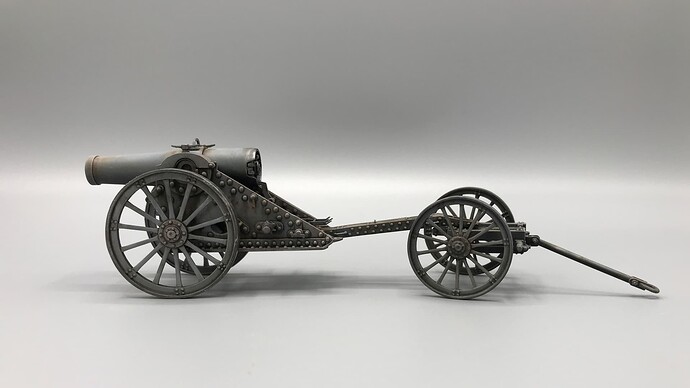 This was a fun a quick project and makes a nice addition to my WW1 artillery park.

Wow that looks fantastic! Love the finish and washes around the bolts. The ammo looks great too Rick. Incredible how they took such an old piece and used it effectively back then.

Thanks Richard. All but Germany failed to foresee the need for heavy artillery prior to the war. So everyone was scrambling for big guns. WW1 is fascinating to see how the nations dealt with the rapidly advancing technology.