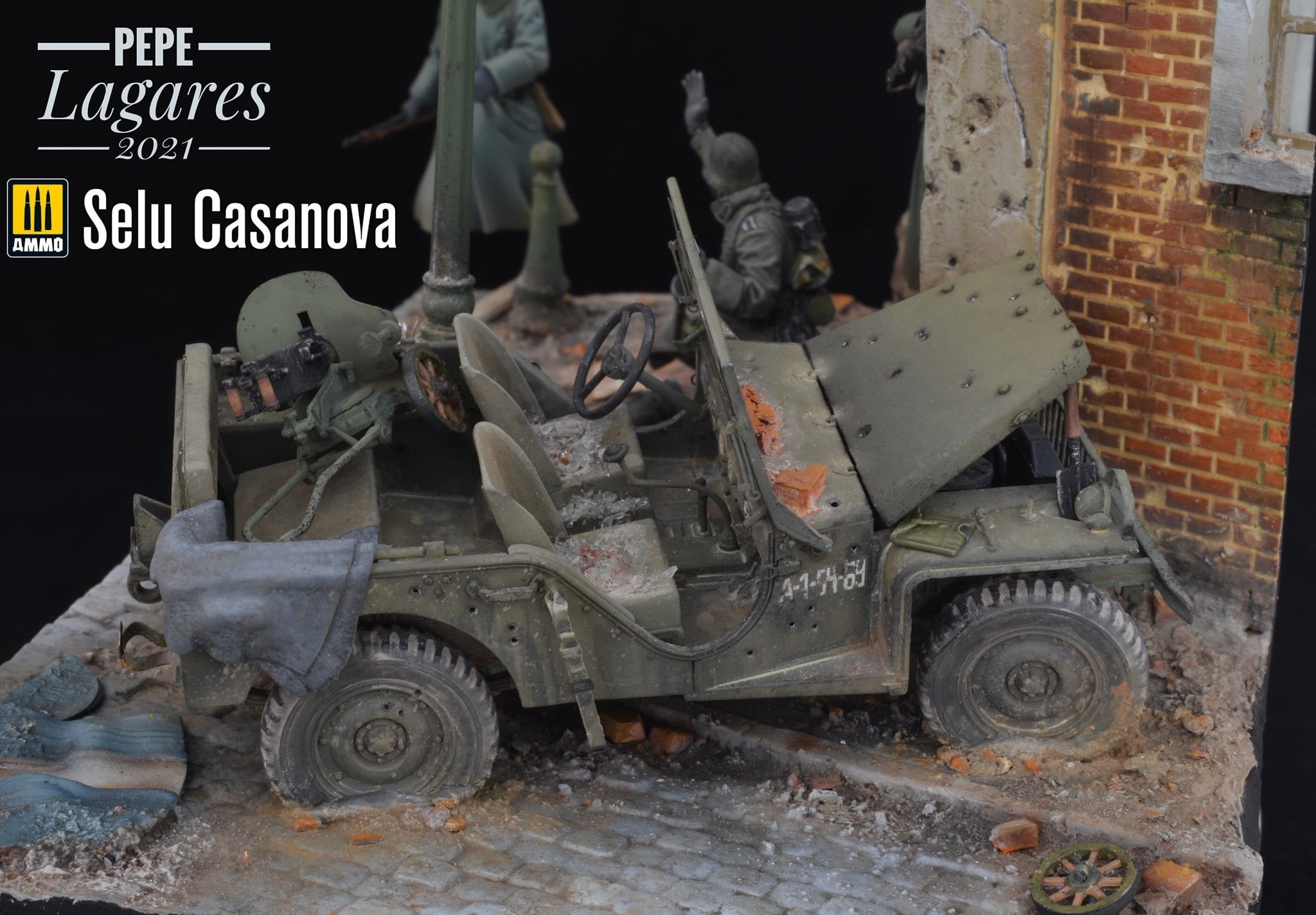 This is partial text from the full article (usually with photos) at https://armorama.com/news/runter-hans-bist-du-dumm-get-down-hans-are-you-stupid-inspirations-by-pepe-lagares
1 Like
HeavyArty May 2, 2022, 7:20pm #2

I am assuming it is supposed to be in the Russia as that is not a Willys jeep but a Bantam BRC-40, which was mainly sent via Lend-Lease to Russia.

Great attention to detail and somber color pallet. The exposed conduit leading to the interior light switch is an example of the detail to which I’m referring. The colors blend in perfectly and although there are brighter colors represented (blue doorframe, green entry light) they are subdued enough that the dust and residue of the battle damaged building/scene is very well represented. Respect.

As far as I can tell the building and, I think, a couple of the figures are from Scale 75. It seems the base has been expanded to add the BRC and the rather nice clock. Its a beautiful piece of work with the figures being very animated and painted well- the facial and uniform tones look spot on to me. All the battle damage adds to the scene nicely with the various shades of dirt, brick, concrete and all sorts of bits and bobs lying around. He also has not skimped on some small but nicely observed details like wet green slime gathering around the corners of the brickwork and under the windowsill.