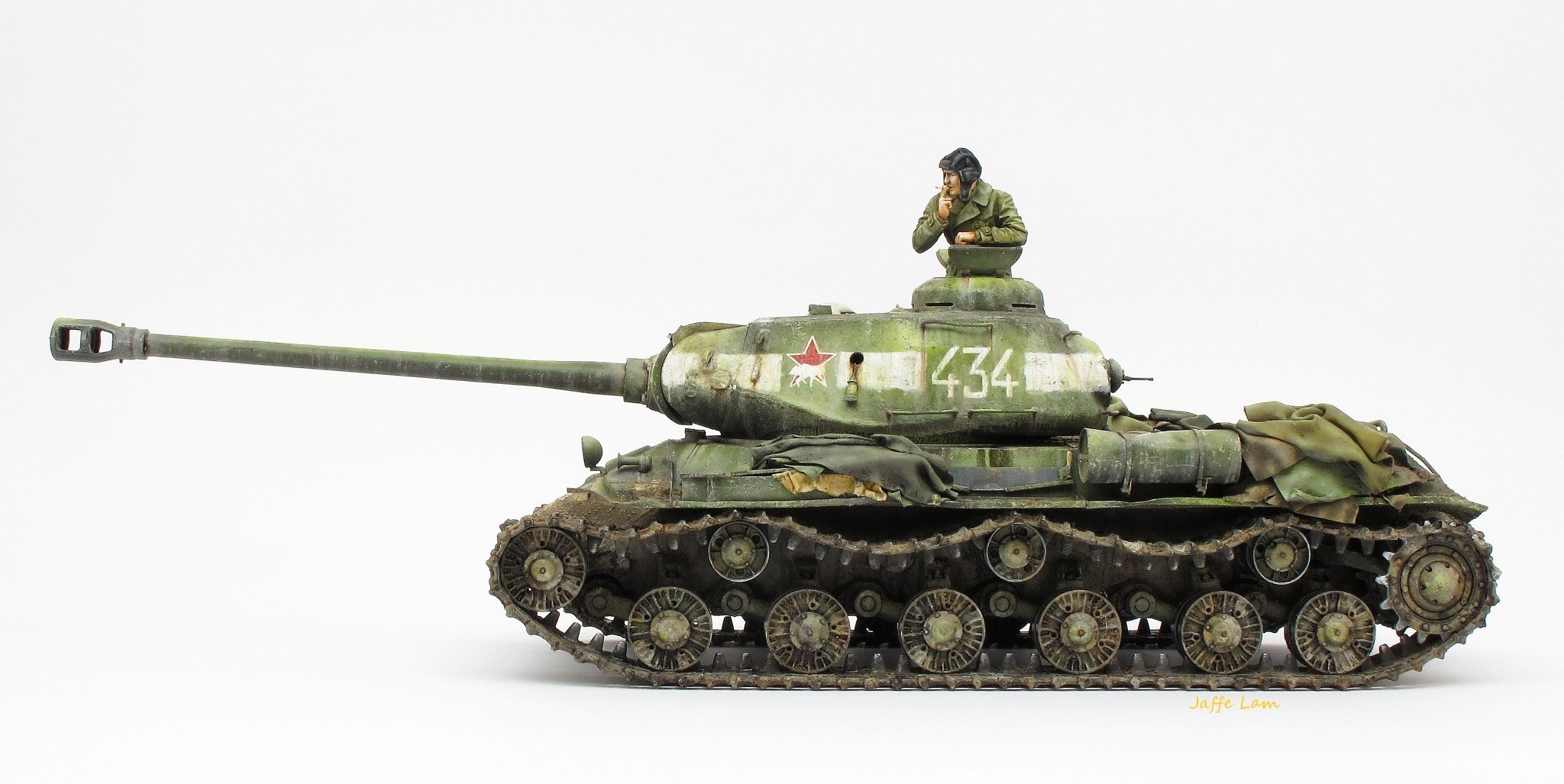 This is partial text from the full article (usually with photos) at https://armorama.com/news/russian-heavy-tank-js-2-inspirations-by-jaffe-lam
2 Likes
BringupthePIAT May 23, 2022, 9:47am #2

That’s really nicely weathered, although a prime candidate to show when asking whether WW2 armour had a life expectancy long enough to ever get that messy. My personal view is it is down to the modeler and he’s done a blinding job here, slightly exaggerated for the sake of the art but all the better for it. It really gets the “feeling” across. Love it.

Question - why are the red star insignia partially painted out? And why both sides? What’s the story there?

Actually quite accurate build and finish based on some very well known photos of Soviet tanks in Germany in 1945.

For instance, the partial “painting out” of the Red Star is actually a white polar bear insignia added with the hasty, hand-painted recognition stripes. The tracks are maybe a little too “saggy” (although the originals in the photos also showed excessive track sag), but the overall visual condition of the original tanks was very “shabby,” beat up and quite dirty.

I looked quickly through my saved photos of Soviet AFVs, but I haven’t downloaded any of the photos of the JS-2’s in question. (Easy enough to find with Google, tho.) However, here was one* that illustrates the general state of many of these heavy tanks towards the end of the war. 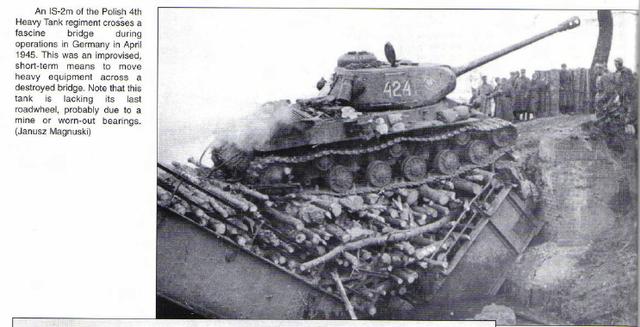 *Sorry that I can’t give the publication credit. Photo credit is Janusz Magnuski, though.

Hahahaha a polar bear - yes. Sorry need to put my glasses on!

That is a beautifully done tank there. Love the finish especially the weathering. I thought it might be a bit too much but looking at some photos of these tanks in Berlin I think shows them pretty beat up. Excellent job