I’m thinking of doing a Typhoon VDV in Russian desert splinter camouflage. RPG instructions list the option for their kit: 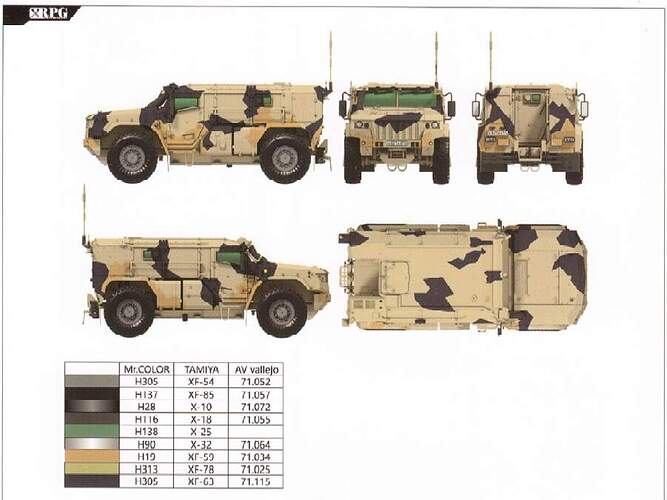 I was trying to find references for this type of camo used on Typhoons, but haven’t found a single image. Am I missing something?

Yeah I’ve got the Meng kit and that would be an awesome finish for it. I’d love to do that. I hope somebody finds a photo confirmation of it.

I had a quick look and only found one VDV in a splinter cam but it had the large gun turret on the roof and the splinter was heavy on the green and not so much sand. 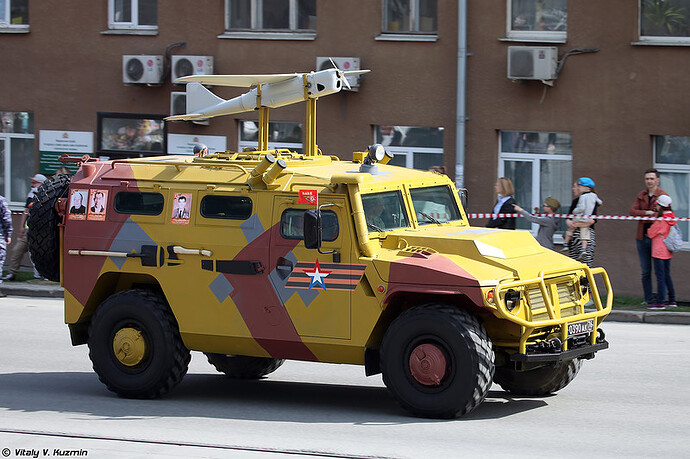 Not an exact match but….

There’s also some other similar but not quite identical examples in there.

Thanks. I usually go to Vitaly Kuzmin photo site for Russian references, but couldn’t find much. All the Typhoons are green… The one with the turret can be a greenish splinter, but the desert splinter… nada.

I would really love to do the desert splinter, and I probably will, but was hoping to find something that would make my build not a “what if”…

Make sure you post pictures either way! And if nothing else I’ve now discovered that website, so thank you for giving me an excuse to trawl the net for fun photos of Russian armour!

Never seen this vehicle in that camo either but it is really great looking- you should go for it.

That looks like camo seen on the BMPT Terminator at tech/weapons expos. I wonder if RPG just adopted it because its cool, or perhaps the Russians used the same scheme for other vehicles at expos. 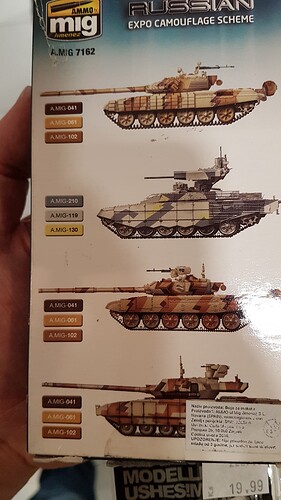 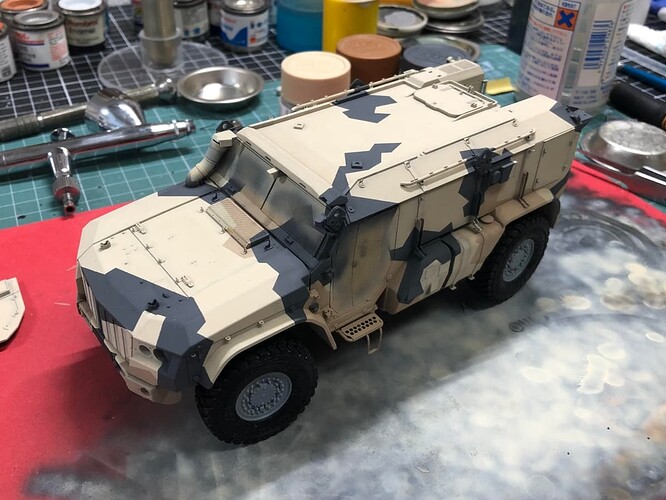 I couldn’t find any images showing this camo on Typhoons, but I did it anyway. Just the colors applied, no washes or weathering so far…

Looks cool and mean Mario. I’m going to do up my Meng Typhoon VDV the same. That camo is just too cool to pass up. Hopefully Russia will feel the same and put it on some 1:1 vehicles quick!

Thanks guys, still a long way to go.