I’m new to this forum but not new to scale model AFV’s. I enjoying reacquainting myself with the fun of it all.

I’m slowly making my way through Ryefield’s Panzer IV J. Overall I’ve enjoyed this kit. I’m now finishing up the various attachments to the base of the turret, seats, gun sight, etc. I came to realize that the kit provides the gunner’s position with a wheel for gun elevation but there is nothing - I mean nothing - provided for the gunner to traverse the turret. As I looked through the pieces still on the sprue trees I can see that most of the pieces for a turret traversing mechanism are on the tree (Tree H). That includes the electric motor that would be present on all the variations preceding the Ausf F. I looked at the instruction for Ryefield’s Ausf H kit and the same thing shows up there; lots of parts but no instruction on how to use them.

So I guess my question to this forum is: What have you done to correct this omission by Ryefield? I have sent a message to Ryefiled but I’m not sure I expect a response. I came across an old post from 2005 about this problem and it clearly hasn’t be corrected in around 15 years.

There is a YouTube video from the Bastogne Barracks Museum - https://www.youtube.com/watch?v=a5mH0yXxyXU - that shows a glimpse of the turret interior of their Ausf J - around 1:15. That video provides a peek at the traverse mechanism despite the camera being on the loader’s side. It’s clear to see that there is no electric motor and you can just make out the traverse control wheel below the breach of the gun.

Anyway, any thoughts on this would be appreciated.

I was a bit confused as the Pz IV kit was released in 2019 so wasn’t sure how you found a post on it from 2005, but if I had to guess I think RFM worked their kit off a vehicle that had been restored from parts and might not have had the correct interior. I don’t know how exhaustively they research their subjects in the design room, but I’m doubting it’s very much.

Does this show the details in question? 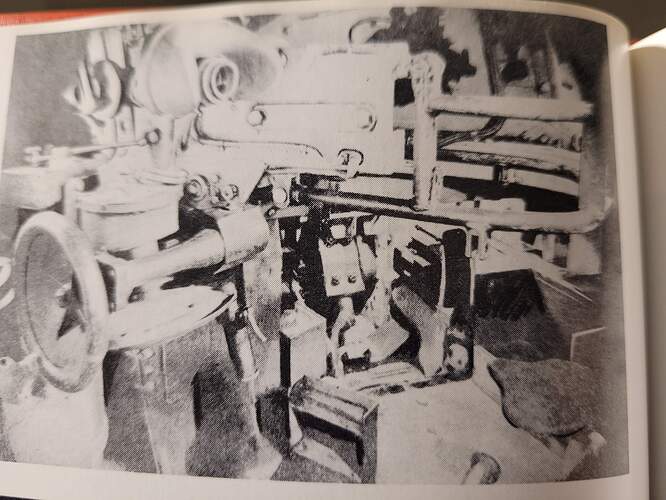 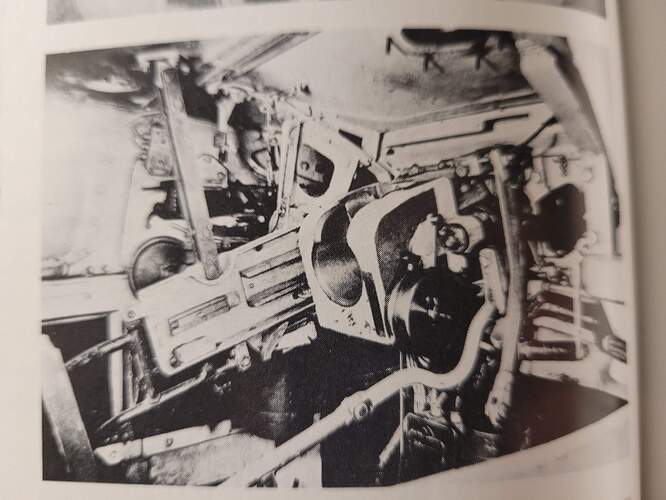 Panzer interiors are all poorly documented, and we are obliged to peer at rusty wrecks to see what happened. 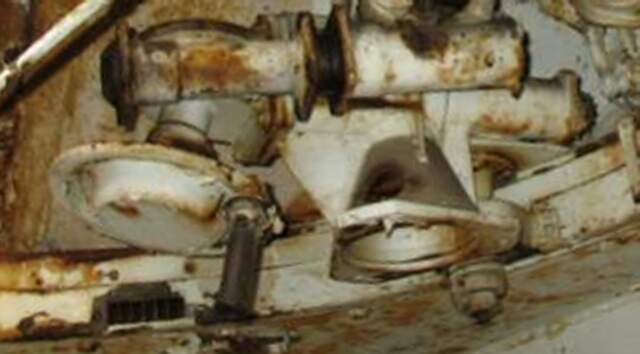 This is what you get if you steal the electric motor from a Panzer IV of any version before J. There is a triangular flange where it used to hang. A conical housing is above it. The whole gearbox housing is a casting and you can’t remove those parts or replace them without great and pointless difficulty. 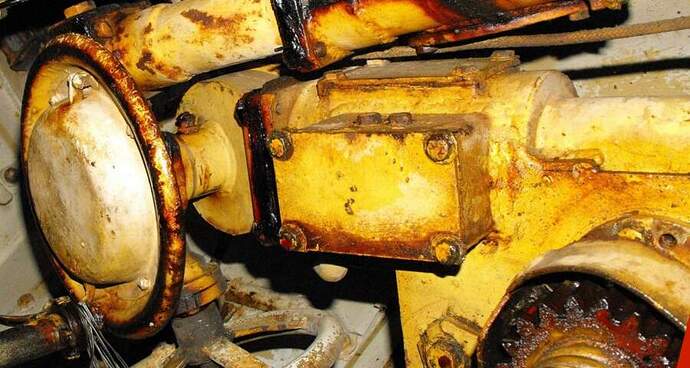 That is what gives me great confidence that we’re looking at a “J” traverse gearbox in this photo. There’s a rectangular box where the motor used to be, and it was cast integrally at the factory.

Sorry, I have no more photos.

There is another change to make. The electric traverse motor had a large junction box, with fuses, attached to the back of the turret front legs. That is not needed if you have no motor. Rye Field don’t know this, but it was deleted. 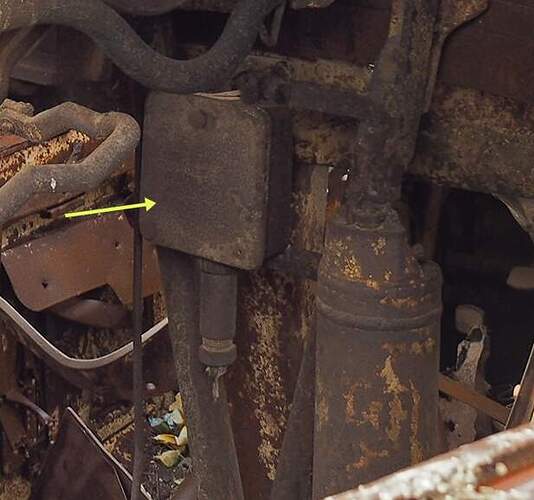 Instead, the standard German electrical junction for turrets, Kasten 5c, was put there. It was present in all Panzer IV but it used to be at the front of the legs, difficult to access.

I don’t know if Rye Field give you the emergency stop button, but that would be gone too. 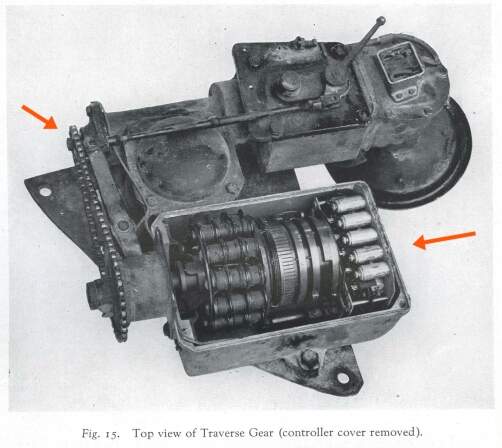 This box is the motor speed control. Not present in a J.
Also, the chain that moves it, is gone. But I think that small lever near the gunner was still there, it had some other job to do.

Here’s a view from behind: 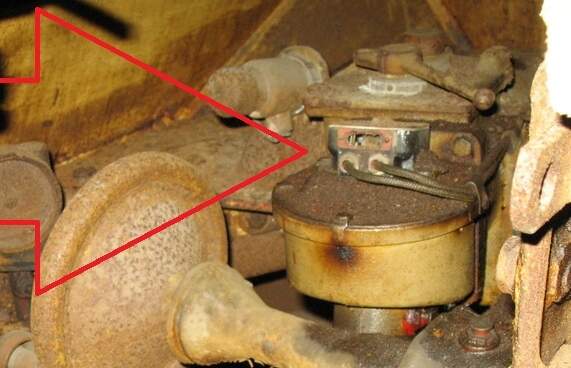 To our left, removal of the motor controller created an open space.
But, a metal tab is planted on it, to carry the emergency firing switch.

Thanks to everyone for the quick responses. A low bar, I think, but muuuch quicker than Ryefield.

There is certainly a general lack of good looks at the interiors of these tanks.

Brekinapez is correct about the date of the post I mentioned, it was from 2020.

The comments and photos from Armour_Buff and DByrden are exactly what I was looking for. The DByden photos are of particular interest. I think I now see how the Ausf F modifications were made. As David describes it, the pre-F traverse mechanism was used with those parts related to the electric traverse drive removed. That information makes it possible for me to “borrow” the pieces provided by the kit to assemble something that losely resembles the “J” layout. I also appreciate the electrical box information. I will try to modify the kit to reflect this change because it shows Kasten 5c box installed.

It certainly seems like DByrden has quite a nice collection of detailed information about German armour specifics. I would certainly be interested in seeing more of that information, if possible.

I will post a photo of the completed modification once I 've finished.

It certainly seems like DByrden has quite a nice collection of detailed information about German armour specifics. I would certainly be interested in seeing more of that information, if possible.

What a great collection. Thanks brekinapez, thanks David.

So, after much head scratching and repeated looks at the images provided above I think I have accomplished what I had set out to do. 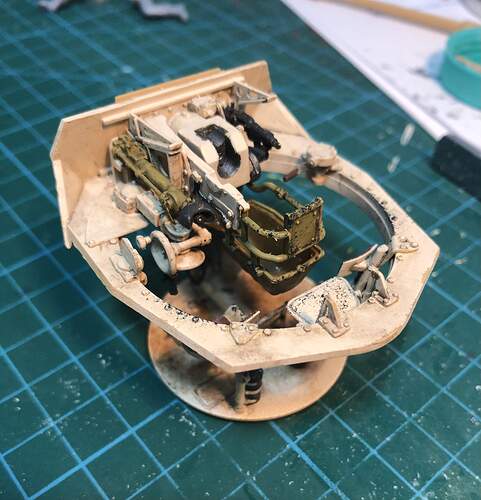 I think this looks much more like the real thing. Thanks for the help.

I’m not sure what the boys and girls at Ryefield are up to here. With one exception all of the parts necessary for what I have done here are on the sprue trees. The base plate is X12. It actually fits into two locating spots on the provided turret ring. All of the parts for the turret traverse wheel and associated mechanism are H12, H18, H23 and H33. I was too far along to use it but I think V6 would serve as a simpler center turret basket support that would be more appropriate for the Ausf. J. The only part I could never find was the gear drive at the turret ring below the mounting plate.

As I combed through the sprue trees looking for the correct parts I came to realize that much - if not all - of the parts for an Ausf. G or H interior are there as well. By this I mean the auxiliary engine and generator for the engine compartment and the electric motor and motor controller for the gunner. Someone with more experience can comment on this but it seems like a person could combine the external parts appropriate for an Ausf. G or H kit with the interior parts provided in this Ausf. J kit and have a nice Ausf. G or H with full interior details.

Anyway, thanks for the help.

My next challenge: Fit the Vallejo/Master Box German Tank Crew, 1944-1945 into their positions in the PzKpfw IV Ausf. J. The illustration on the box shows this crew sitting comfortably in a Panther. From what I’ve seen so far the Panzer IV is less spacious than the Panther. This has required numerous modifications to all the crew except the loader.

Thanks for the heads-up David. I can see why that is the case since the loader is moving about much more than the other crew members. I can see in the Patherfibel pages that the same was true for the Panther crew.

Do you know how communication was accomplished. I think there would need to be some way for the commander and gunner to call for different ammunition types and to know when the main gun is ready to be fired. 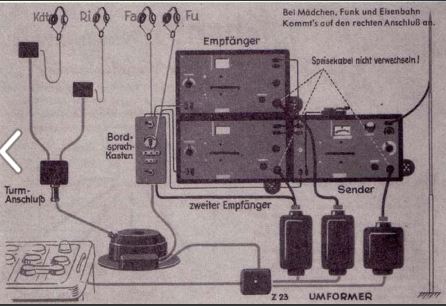