Yes some times something of simple…
but not boring…
. 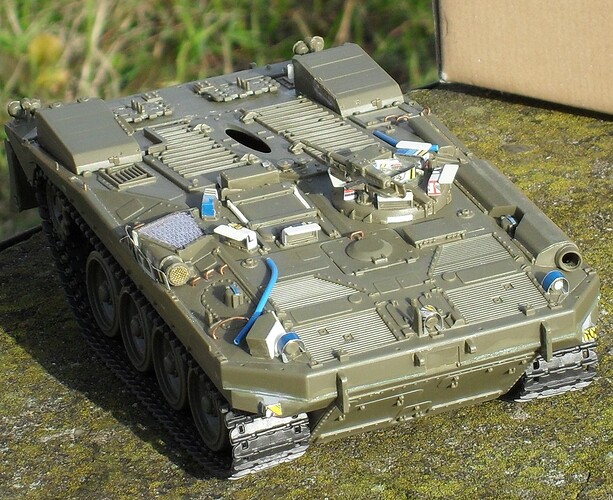 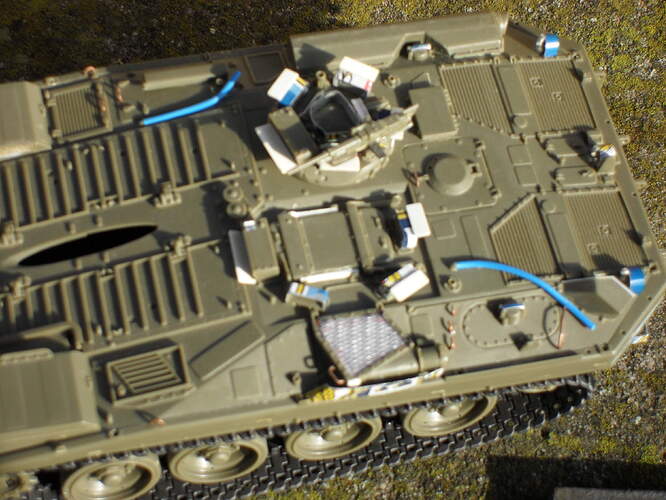 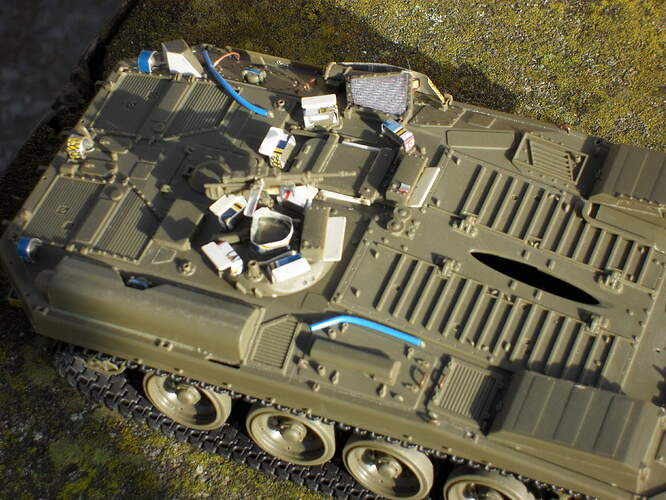 Trumpeter kit ? So far so good

Nice work! I just sprayed mine with black primer. I also did the same as you and replaced all the handrails & hooks with metal. Great idea using tubing for the hoses. I heated my parts so they conformed better. Are those the aftermarket Trumpeter tracks? I was thinking about getting them but they don’t have the rubber pads and they cost more than the kit.

tracks is Trumpeteer made… from the box 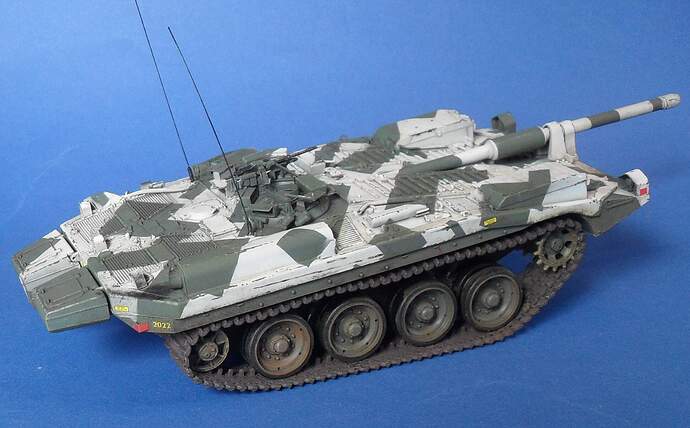 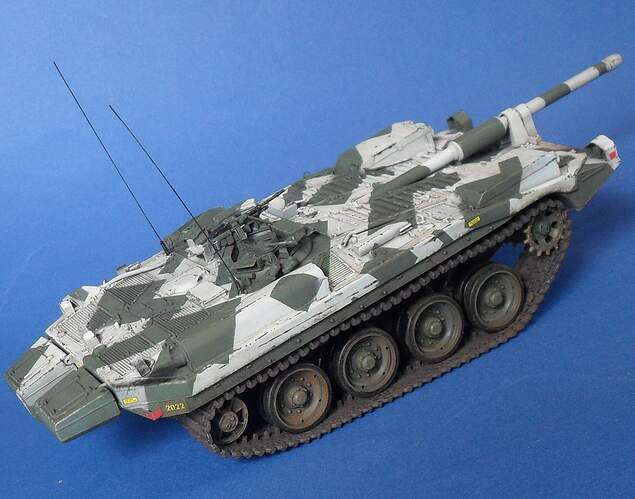 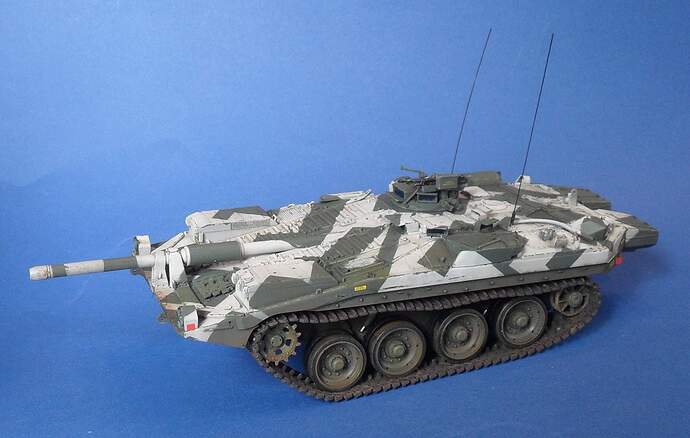 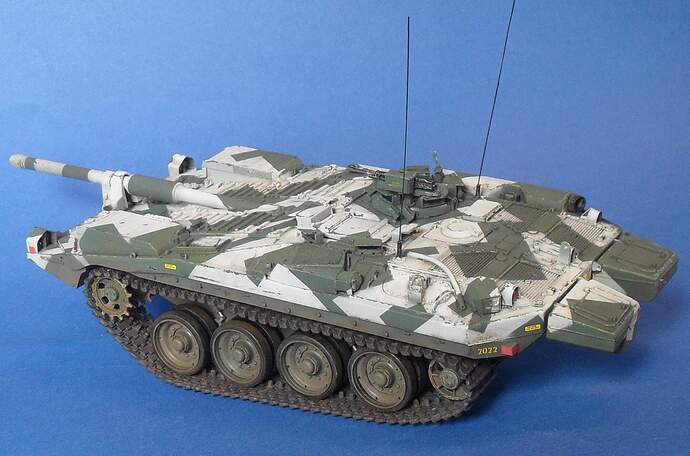 model is finish
comments are welcome

Looks great. It that crew storage bins hanging off the rear?

Those boxes are for equipment/tools belonging to the tank. Internal storage is practically non-existent.
You enter other tanks through hatches, a Strv S is different since it isn’t ‘entering’, rather more like ‘wearing’. Getting into one of the three positions is more like pulling on loose fitting coveralls.
A Strv S is not designed for camping inside or under, the crew lives in tents carried on trucks or possibly APC’s. The Swedish armed forces at that time were organised to fight an aggressive-defensive battle on our own turf. Attack only to take back our own territory from an invader, not to conquer or invade another country so the need to live in/on/under the tanks was not issue.

Always liked this tank. Just wish there were a better kit of it. Nice winter camo. You did it justice.

But where did the bulldozer blade go?

Hi!
When stowed, it is under the hull front. However, it was often left in barracks due to the extra weight on the nose. Also, in winter exercises, leaving it in the camp helps reducing build-up of snow unter the front. You only have to unlock four bolts to get rid of it and due to the fact that the running gear can be tilted to the front, you can pick it up without help by a crane in minutes. I will try to add some pictures here over the weekend from my Strv103C model here which is also in winter camouflage. This one is also without a blade. From my opinion, this is the most likely exercise configuration.

Hi! You are right, I also noticed that. When you look closely (and know about the blade mechanism), you will notice that the blade struts were not fitted, so it was only hanging down from the upper towing eyes. So it was not fitted properly, however the running gear is in the position to drive with a deployed blade. So, maybe a change of mind…

Aha, so that’s why the tank is leaning backwards…

The Strv S can lean forwards/backwards as it likes. The gun is aimed in elevation by tilting the whole tank. Being able to almost poke the gun into the ground might seem strange

bild1121×408 85.9 KB
until you see one of them creeping up behind a reverse slope with only the gun and sights visible behind the grass.

To make it easier to mount/dismount they were sometimes parked like this, just walk straight up the slope. Lifting the rear end makes it easier to load the magazines for the autoloader

thanks for the extra information you wanted to share with me! soon Sweden Leopard 2

What a cool looking tank. Might bust out the trumpeter kit lol

Hi!
With many thanks to Robin I am now able to post pictures here!
Here are a couple of Strv103C pictures of a model that I built just after this kit entered the shelves in the early 2000s!

Alltogether I built 3 C models in the original 4-tone cam-scheme and one B model with the dozer deployed.

For the build-up of snow, I used real Strv103 winter pictures of vehicles which crossed deep snow with a good amount of snow on the upper front as a guidance. This has a base of milliput, which was covered with a layer of clear varnish added with a paint brush, over which powder snow from model railway accessories (Producer: NOCH 08750) was scattered. On places where only small amounts of snow are present over the vehicle, only the clear varnish and the powder were used.The effect of glittering white snow remained unchanged for 20 years now! 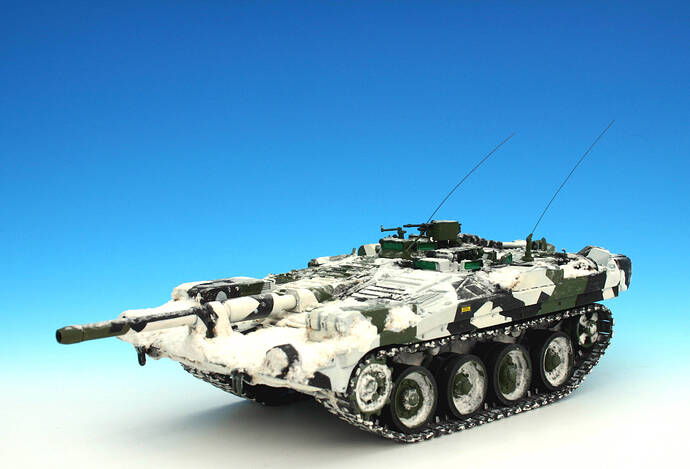 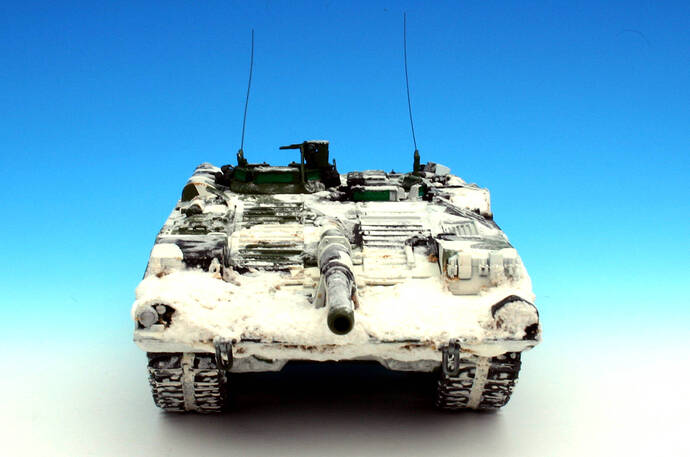 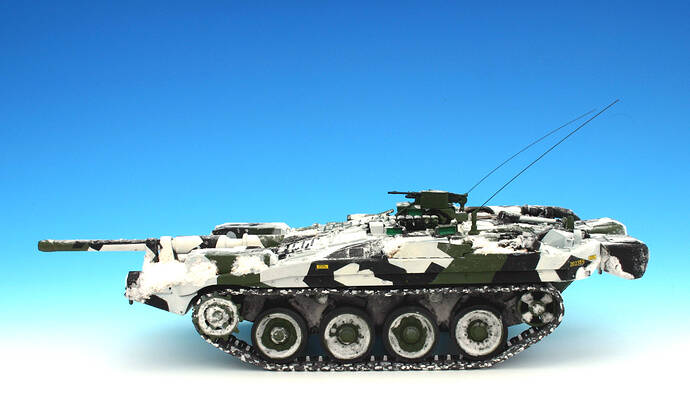 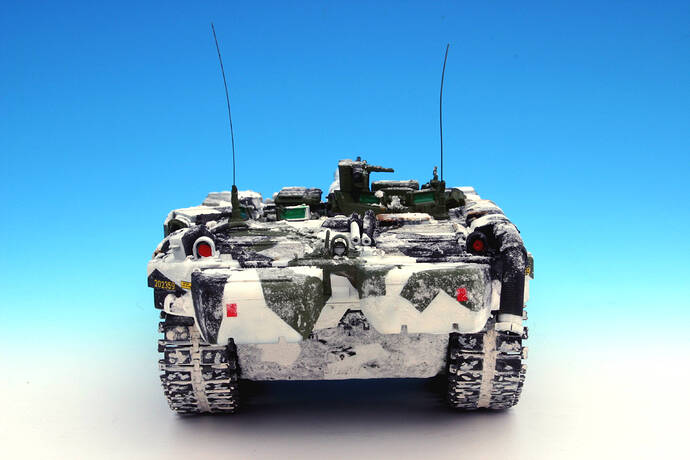 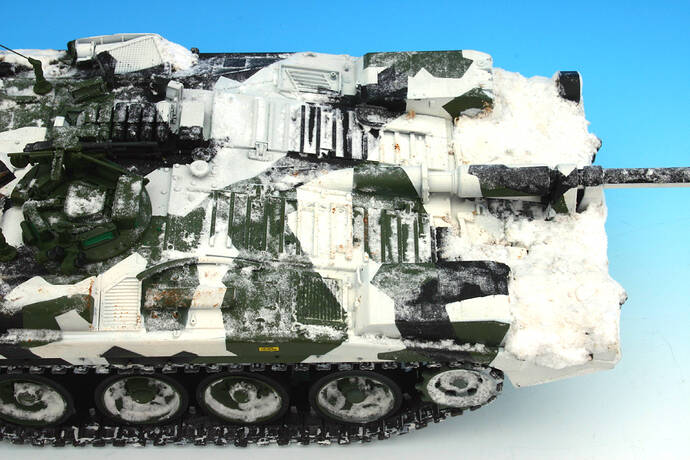 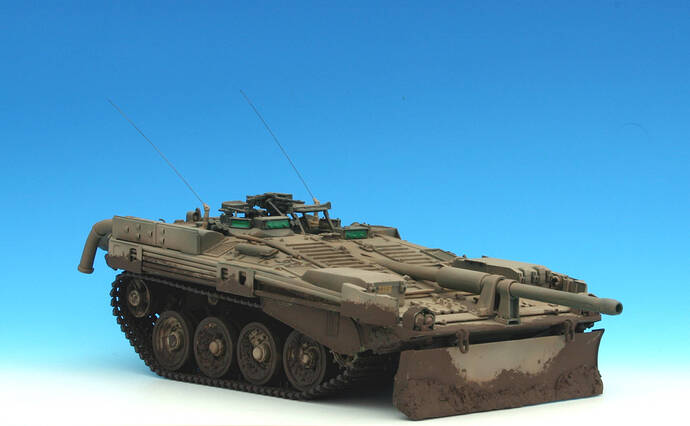 I think you can use Leopard 2 track to replicate the rubber block pads.