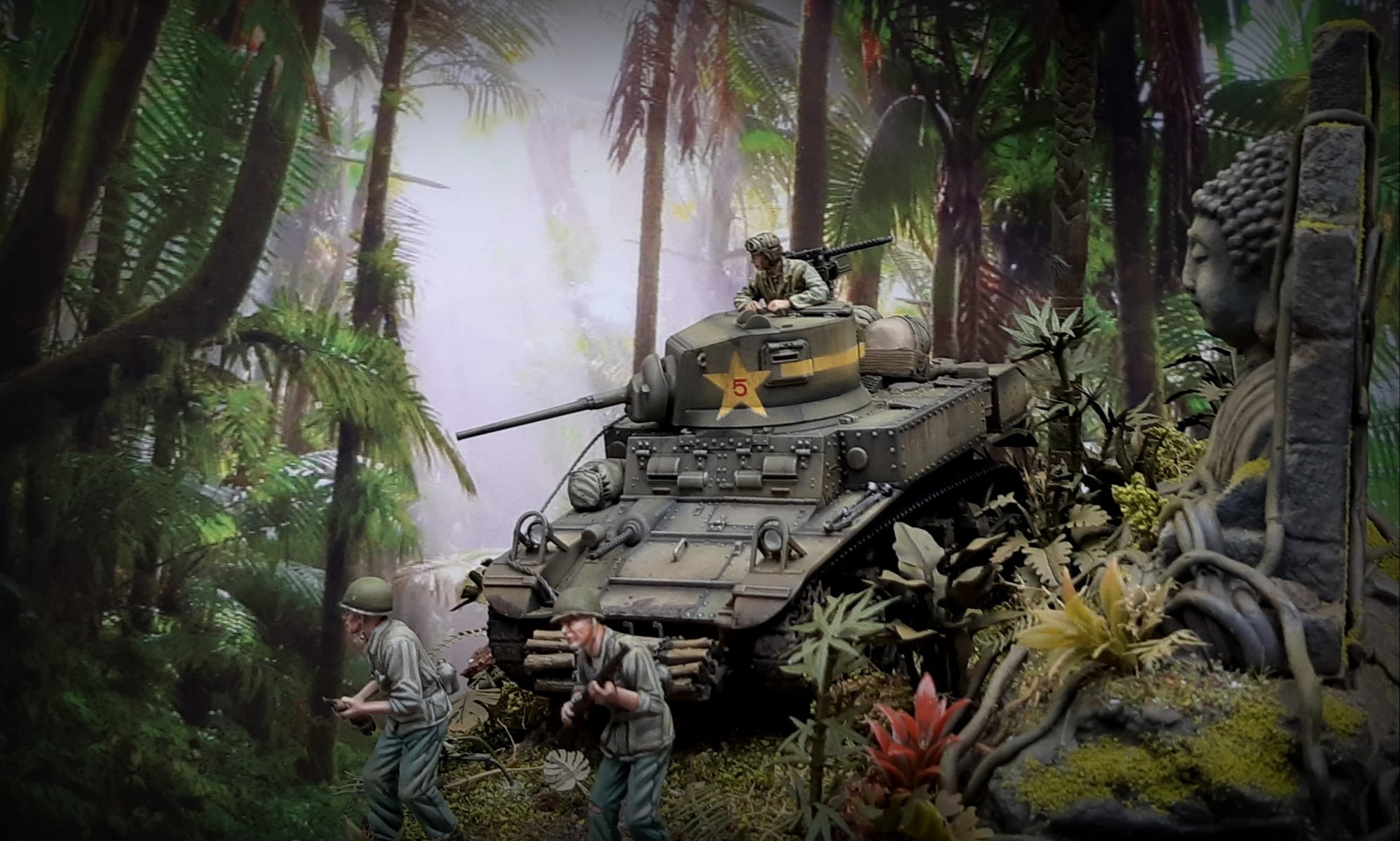 This is partial text from the full article (usually with photos) at https://armorama.com/news/scouting-for-japs-inspirations-by-peter-de-haan
4 Likes
sluff October 23, 2021, 11:50pm #2

Awesome work. Just playing Devil’s Advocate, but would there have been Buddha statues on the Pacific Islands where the Marines would have been? (P.S.: Disregard the “Feels” entry. Cat stomped on the keyboard and “sent” it)

That tank commander would be dead from a sniper…
But fantastic diorama!!!

Hi Sluff, regarding your question about the Buddhist statue, the answer is yes. My wife is from Vietnam and was raised Buddhist. She said you can find these statues in some of the most obscure places and most definitely in the islands. I also recall my great uncle, who was a WWII vet (PTO) telling me the same.

The build, painting and ground work is superb.
My only question is would be: Was it common to see GI’s walking in front of the tanks and presenting themselves as easy targets rather than walking behind and using the tank as a shield?

Markings are from the 1 Arm. Reg., 1 Arm. Div ( Tunisia North Africa 1943)
Its a long way from the jungles of asia / pacific, or did they do a kind of Philadelphia-experiment ?
Nicely painted thats for sure .

Excellent in every way! I’ve got to ask. where did the backdrop come from? It adds so much to the feel of the diorama.