I do not remember when I scratch built this. The crane was used so that it could reload it’s self. Then I think it was decided to eliminate the crane to save money and the supply depot would have it’s own cranes. I read that Canada used it in the begging and then went with the ones with no crane.
. 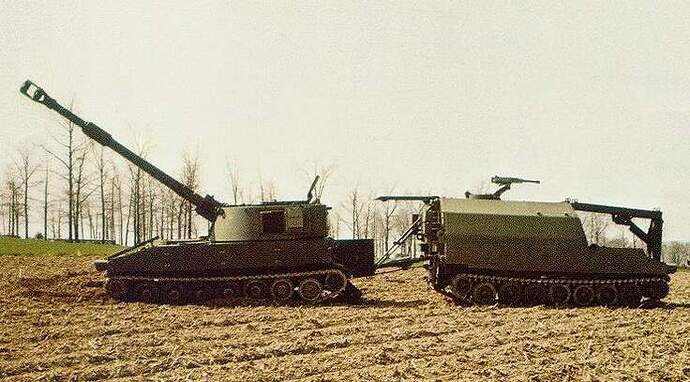 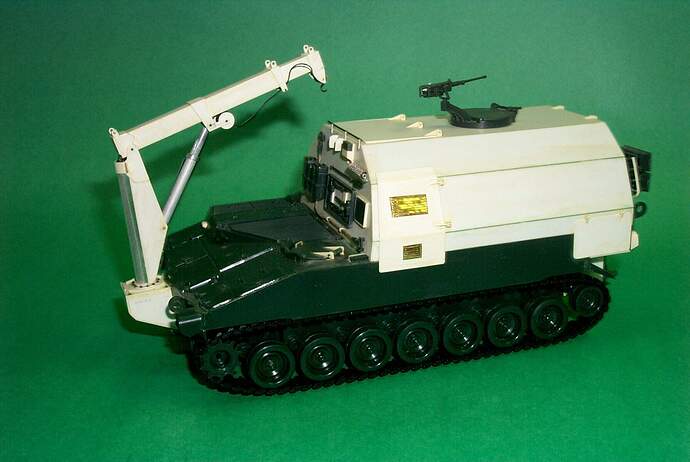 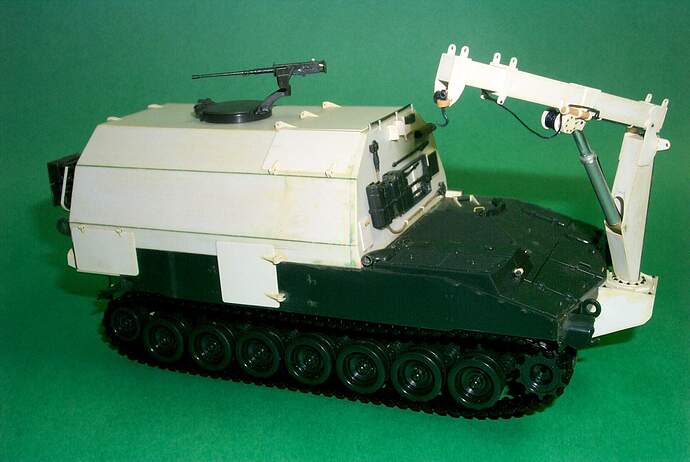 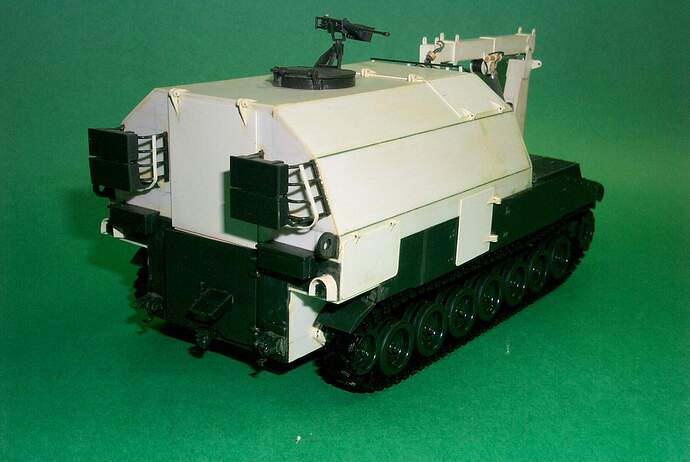 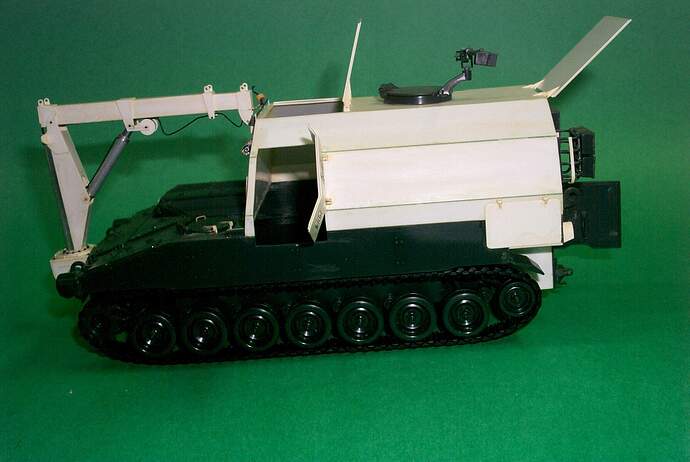 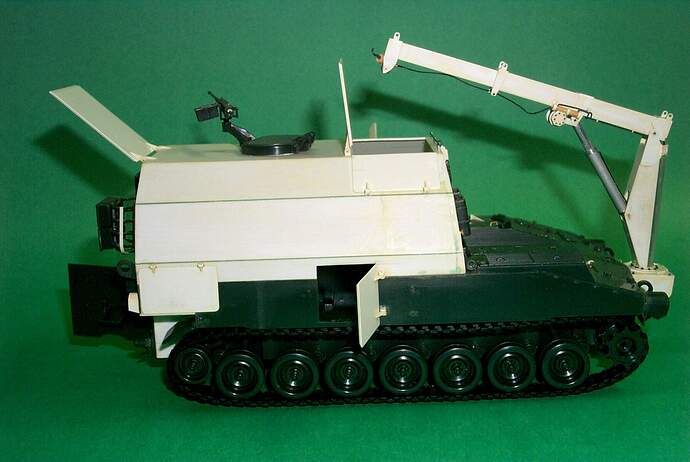 Wow! You are a master, of Scratch building!

I second that ! Great work

Looks great. Yup, on the fielded version, the crane was deleted.

Been there done that too. It was an adventure.

Come out great in the end though.

Wow! Nice work to both of ya!

At what point do the scratch builds force the companies to put it out in 1/35 styrene? I thought Gino’s alone would’ve done it but apparently not.

Thanks for the compliments, but I don’t think the big model companies care if a few people scratch-build something or not. Unfortunately, I don’t think it plays into their marketing and future projects calculations at all.

This one must have been stuck in Riich pipeline since 2015… 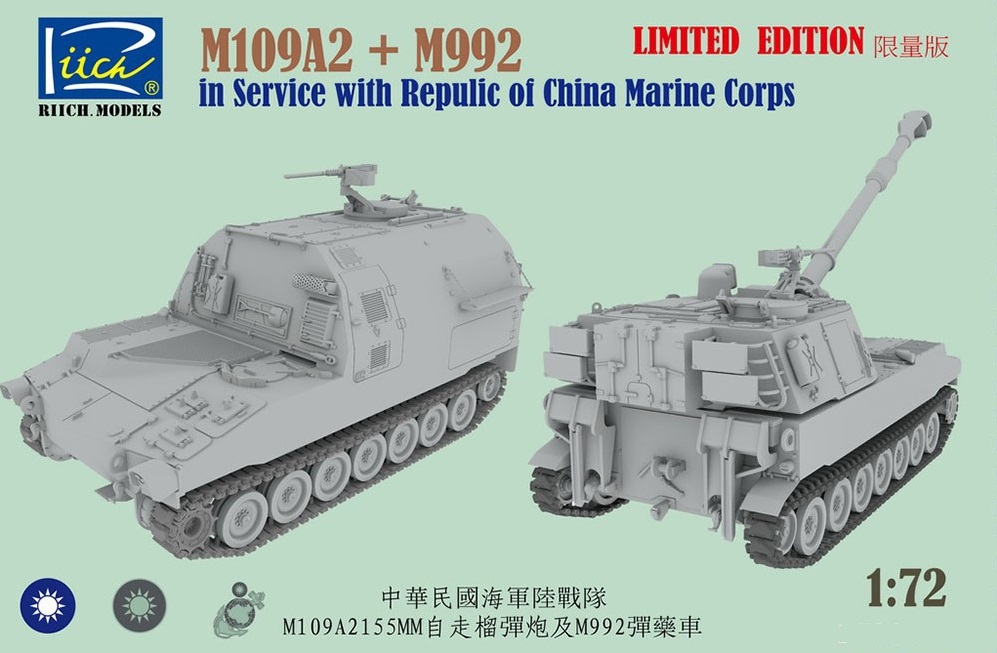 Yes, there were a few M992s all announced about the same time, but none have materialized. There was the above Riich Models one, Kinetic also announced one, and AFV Club’s announcement. 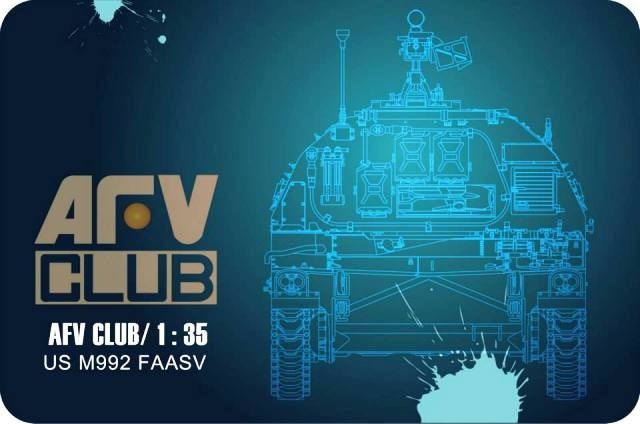 I figured AFV Club’s was most likely to see the light of day since they have come out with a whole line of M109s. I still have my fingers crossed as I would happily do another version…from a kit!

Would be freat if this came on the market as a kit. Just think of the nice dio you could make with them… wish I could scratch build like you two, very well done!!

Hi Ronnie…Thank you again for the kind compliment.

Hi Richard…Thank you again for the kind compliment.

Thank you very much for the compliment.

Hi Bert…Thank you very much for the compliment.