Anybody know if Prinz Eugen ever got SdKfz 251 / 16 Ausf Cs? Seems like a good toy for anti partisan work. All photos I’ve seen of them in Yugoslavia has shown them equipped with beute bits and pieces. Any known units that used them?

I don’t recall that Prinz Eugen used that vehicle, or at least, i am unfamilliar with such photographs. There were some 251 used in the Balkans, and an odd one mounting 2x120mm mortar (or 2x80mm?).

Didnt think so. But does sound like something they’d be hoping Santa would bring them for Christmas. Maybe SS Wiking in Warsaw, or a unit in Kharkov. Strikes me as mostly an urban / offensive type system.

Maybe SS Wiking in Warsaw, or a unit in Kharkov

Dragon’s Ausf D kit has marking said to be 5th SS in Warsaw.

According to Jentz and Doyle in Panzertracts 15-3, only 96 of the approx 360 251/16 made had been built by July 1943. As production of the Ausf D had commenced a couple of months earlier, the number of ausf C version built was expected to be somewhere south of just 90 by number.

The 251/16’s were originally attached to the Headquarters company of a Panzer Grenadier Regiment. In early 1944 they were reassigned from the Stabs Kompanie to the armoured infantry Pioneer unit of the PGr Unit. Production never met target, and in all, only about 1/2 of the units ever got their delivery of vehicles.

Most of Dragon’s decal options are questionable.

I thought I’d read the Ausf C was more predominate than the Ausf D version.

Here’s a D in service with 12 SS Hitler Jugend in 1944, during an inspection by Guderian.
sd kfz 251/16 hitler jugend - Bing images
Note the overspray

Great now I have something else to add to the want list!

I don’t think the Prinz Eugen division has ever used Sd.Kfz.261 / 16. It is not a motorized division. I have no information that the division used flamethrowers Sd.Kfz.251 / 16 in the battles against the Bulgarian Army in the battles in October-November 1944.
Peter has shown very precisely where this modification of Sd.Kfz.251 is used.
Personally, I think that Sd.Kfz.251 / 16 is used to a limited extent.
Somewhere I read that these machines were used in the Kursk region by the 6th and 7th Panzer Division, and by the “Grossdeutschland”.
Kind regards!
Kalin

I thought I’d read the Ausf C was more predominate than the Ausf D version.

Yes, you are correct in that the Ausf C in general was more numerous than the A,B or D, however the production of 251/16 version did not commence until January 1943, which was close to the end of the production run. That stopped in Spring 1943 (sometime in April-May), so 251/16 builds were only around 4 months of the last of the Ausf C production time frame. Hence so few 251/16 in the version: 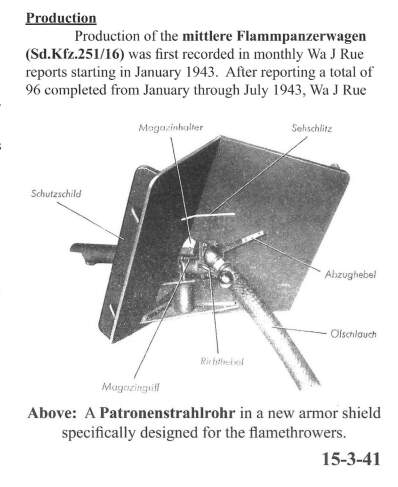 With 96 built up to July 1943, some of these were obviously built April-May to July therefore in the Ausf D run, so you have a very low Ausf C production volume. 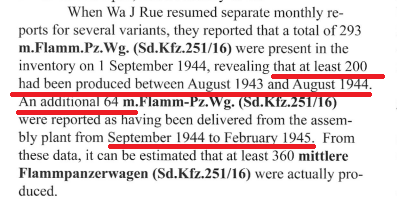 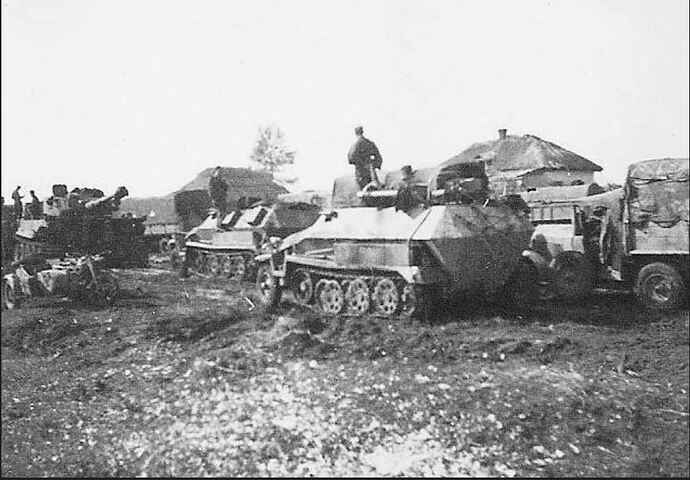 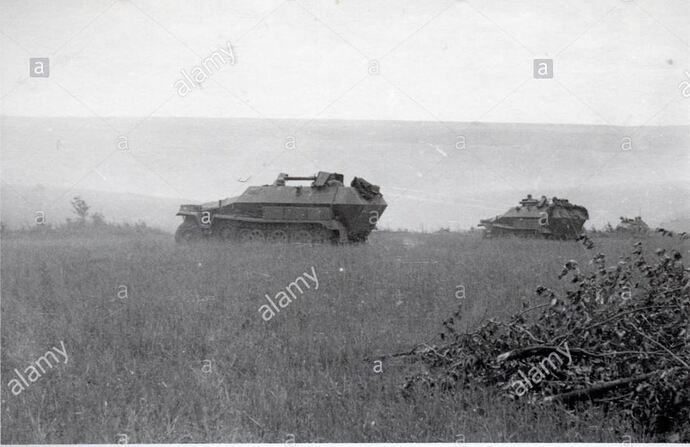 This one has seen better days… 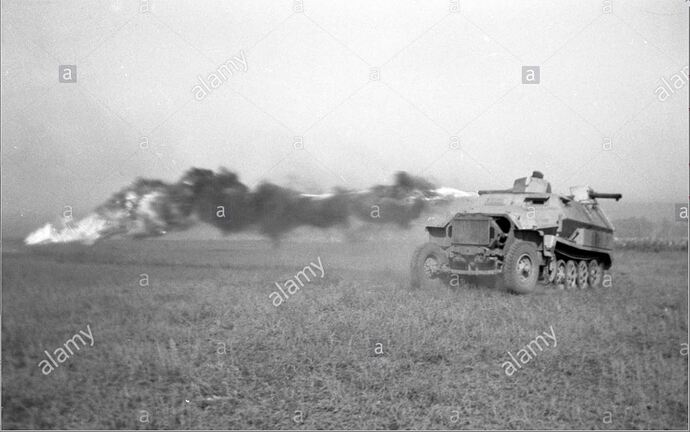 I guess I should have been more specific. The Sd Kfz 251 Ausf C/16 was more widely produced than the Sd Kfz 251 Ausf D/16. And just because the production switched from Ausf C to Ausf D doesnt mean /16 conversions switched to Ds then. Would imagine , like paint specs, use what you have, then switch. And, where /16s new built or conversions.