This is a rough depiction of the Second Battle of Villers-Bretonneux, first tank on tank battle, Mark IV Male vs A7V. There were a few tanks involved, but the main engagement happened between an A7V named “Nixe” and a Mark IV Male (name unknown) commanded by Lieutenant Frank Mitchell. There were a couple of Mk IV Females involved, but they withdrew because their machine guns were ineffective against the lumbering, enemy beast. There were multiple A7Vs in the overall engagement, but the bulk of the tank on tank were these two. Nixe was damaged and the crew abandoned the tank due to fear it would explode, but after it didn’t explode, they managed to get back to the tank and leave with it. While Nixe was damaged, neither of the tanks were heavily damaged from the engagement. But it did usher in a new era of thinking about how tanks would be used in the future. 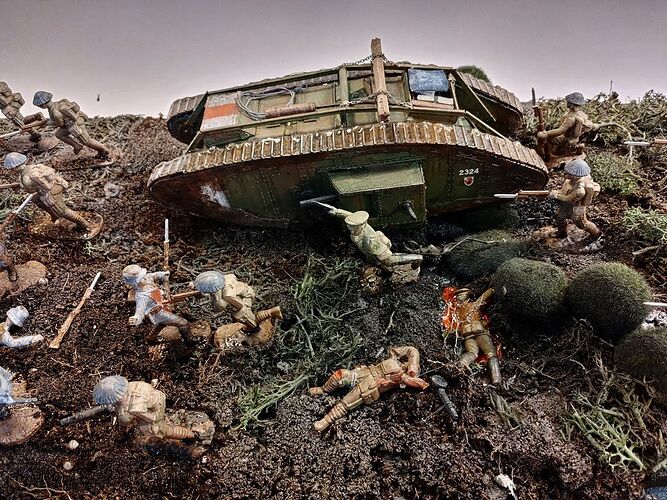 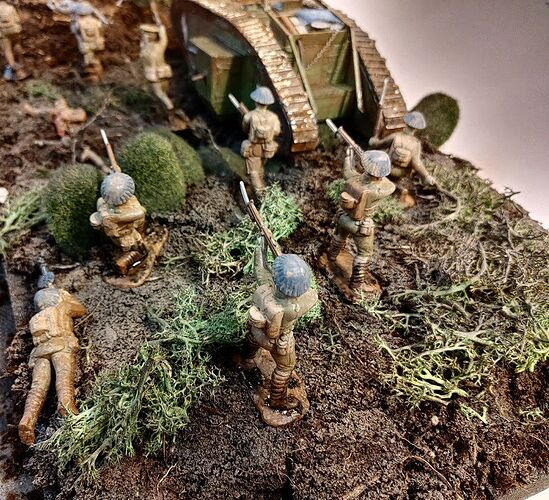 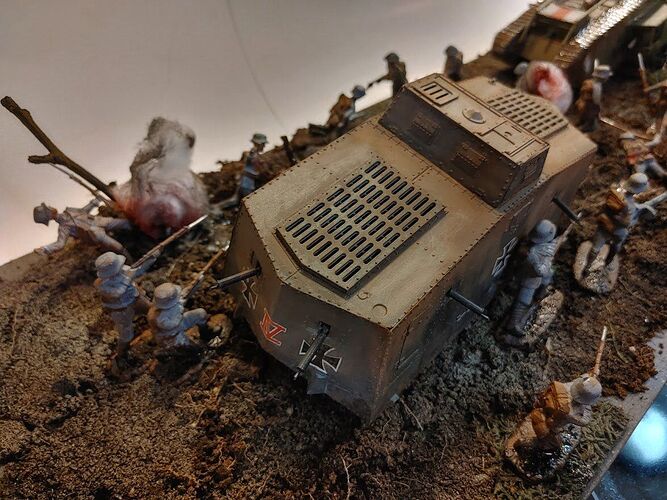 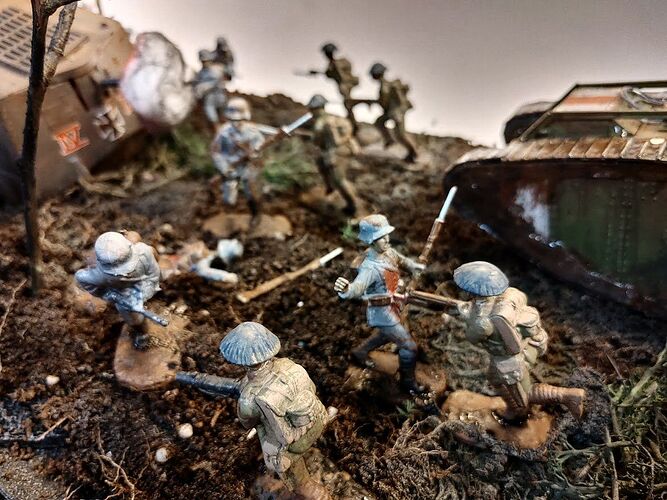 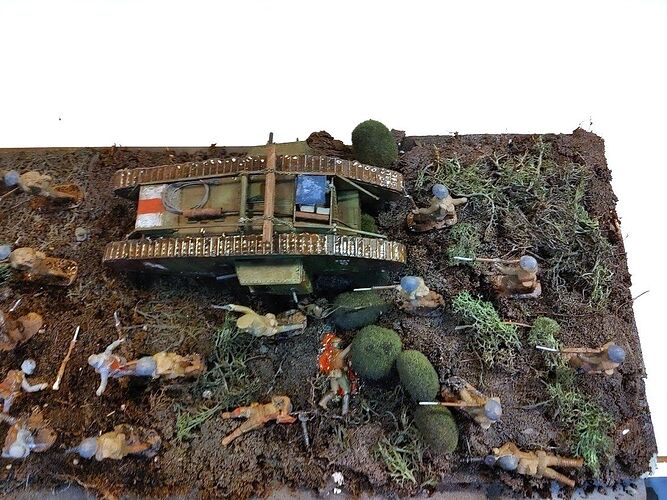 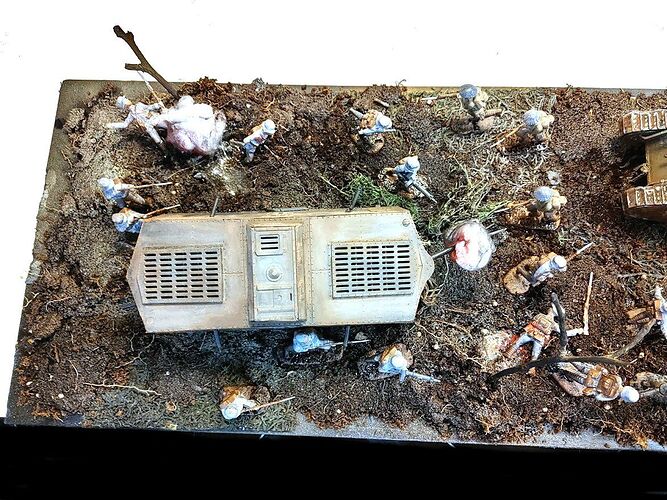 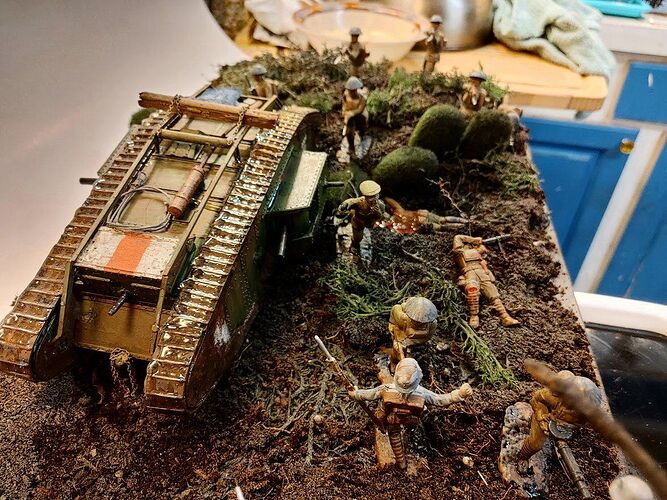 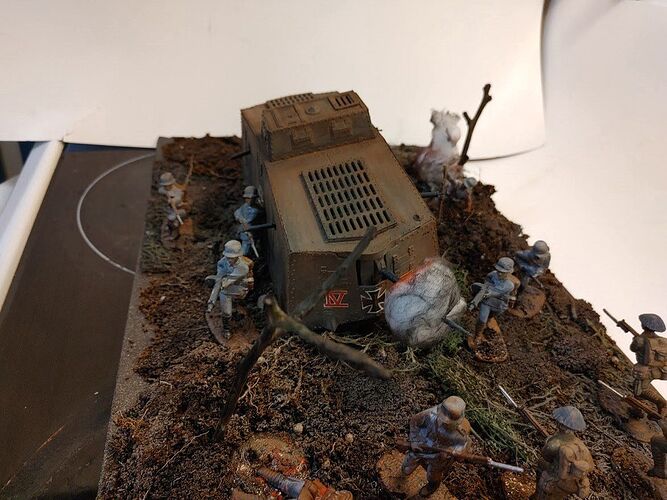 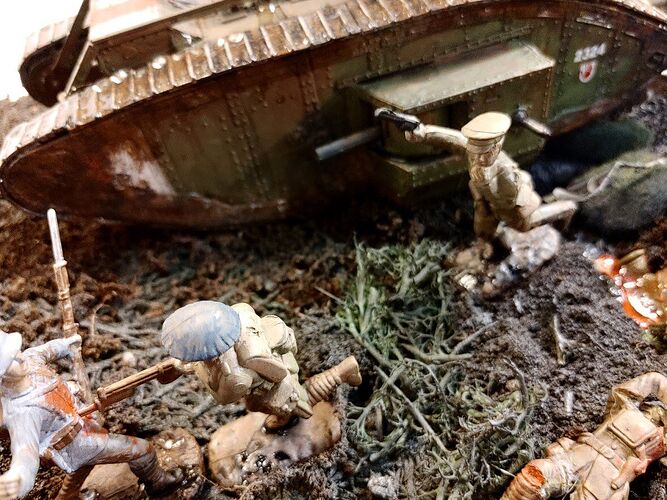 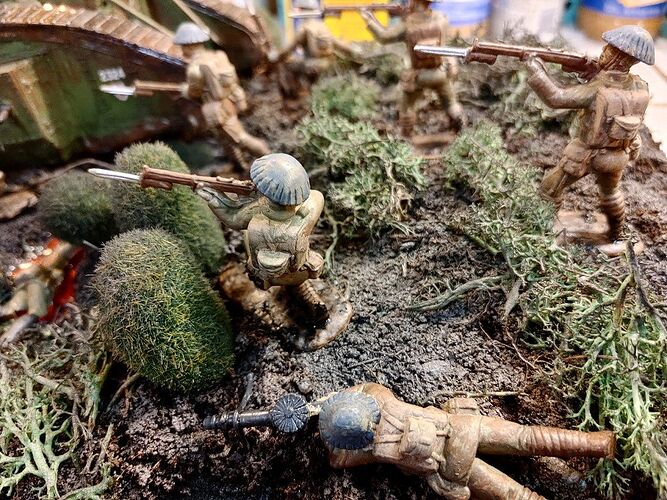 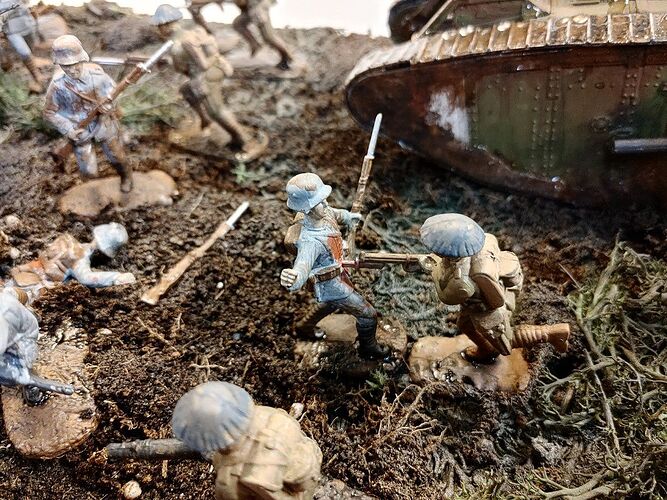 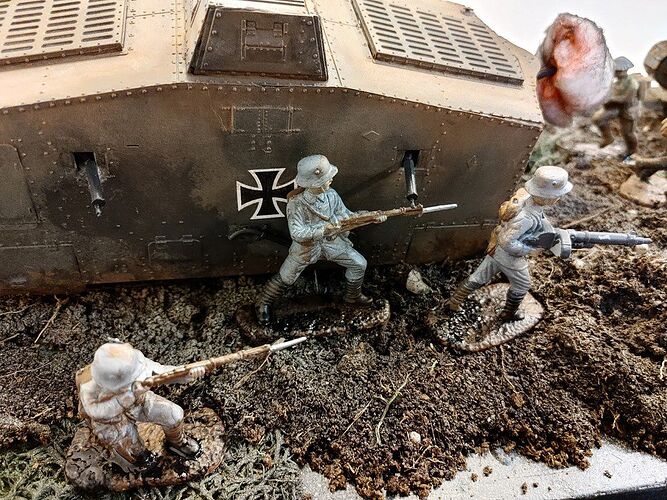 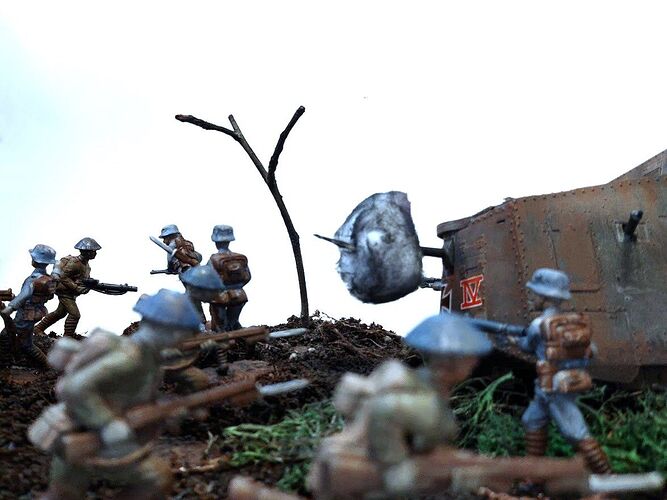 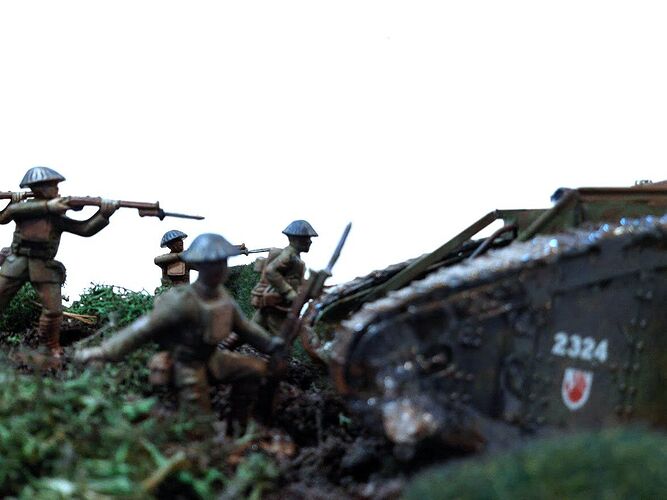