My attempt at a Selous Scout. Figure is from an old Dragon Africa Corps set with bits n pieces from the spares box. Just a bit of fun on the road to improving my figure skill set. 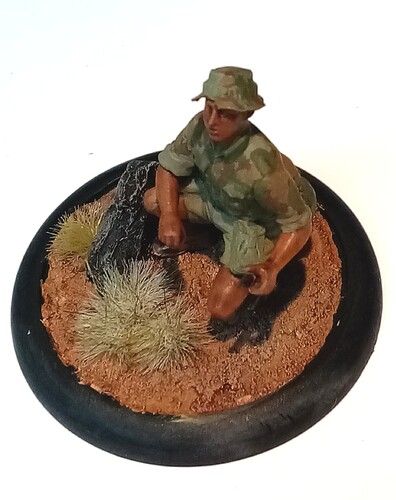 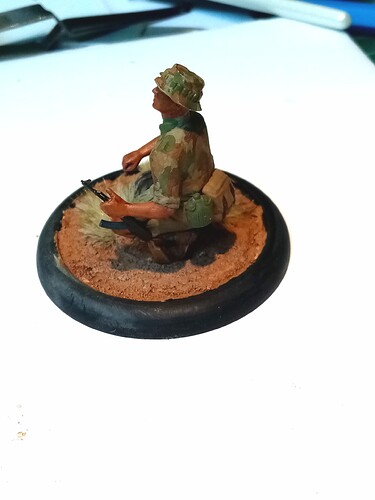 Paul - I like it a lot! Understated but an excellent little figure. Well done Mate.

Just one thing: it’s “Selous” not “Sealous”; my next door neighbour - being a former member of said unit - would never forgive me.

Huge coincidence that there’s a couple of figures released by Bravo 6 in the News section.

Paul that figure looks really good! I was always interested in these guys and other units that fought in Africa. I have an Osprey book on the Rhodesian Light Infantry but also mentions the Selous Scouts, and it’s very informative. It wouldn’t be that hard to make a conversion I would think. Gotta try it someday ……

So it looks like Bravo -6 will be releasing a set of Selous Scouts.

Its all about having fun.

Thanks Gino - my pedantic clerical genes!

The pic quality is awful, sorry about that but, I have a plan…
My daughter taking a photography A Level and has offered to create a portfolio of my “Back Catalogue” and new builds so I can get some decent images. Hopefully.

That’s very kind of you Karl… conversion is a bit generous… Just added a Bush hat in place of an AK pith helmet and stuck a water bottle, daysack and k-bar on his belt. Oh, and stuck a '47in his hand.

Thank you Richard. I’ve been occasionally working on some “African wars and conflicts” type of builds over the years. Have an idea or two in the research phase and the Osprey title sounds ideal.