Yesterday passed by the National Guard in Brazil, IN and stopped for a quick look at their Sherman. Is this a Sherman M4A1 76mm cast hull?

Any comments in identifying type & details would be appreciated. Thank you. 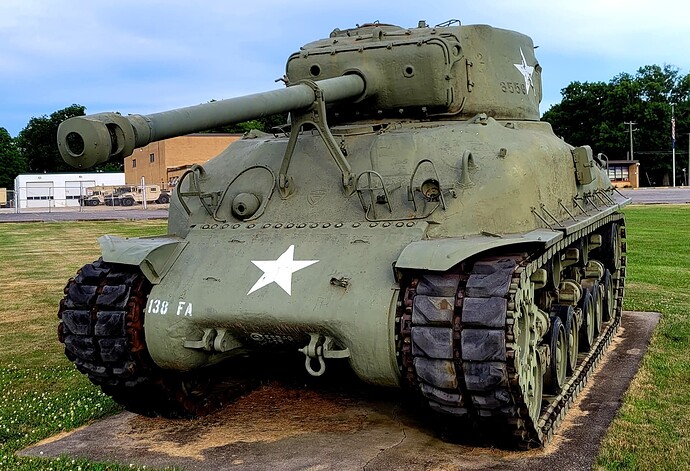 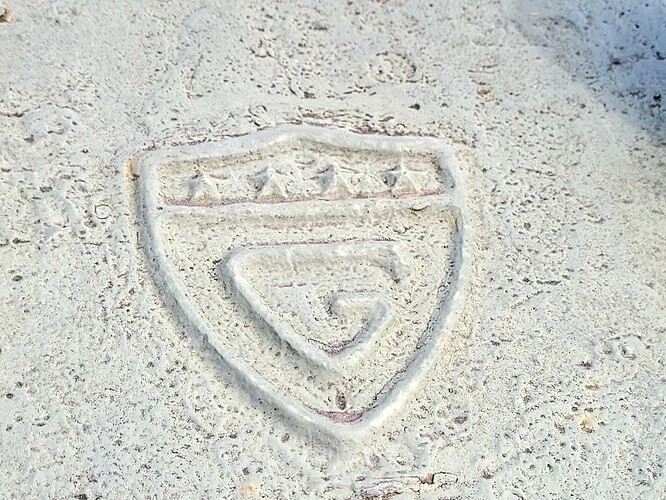 .
Does it tell us anything noteworthy?

Looks like an M4A1E8. Cast hull Shermans with HVSS suspension were, to my knowledge, post-war conversions intended for the National Guard, as the M4A3E8 was standardized as the version for the active army post-war. So I don’t think these would be showing up in Europe.

This tank was built after the hostilities ended in Europe. It likely never left the US.

No M4A1s were converted after the war. They were either used as is or sent overseas as foreign military assistance. All conversions (to large hatch M4A3s) were to make more M4A3(76) HVSS by cannibalizing M4s and M4A2s for suspensions and turrets.

The IDF certainly had these in service and also sold some to African nations. I have not seen one in European service but I will check to see if Italy or France had any. 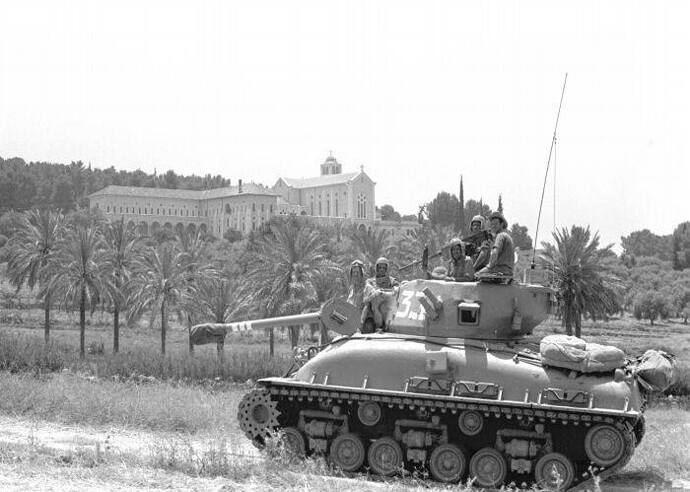 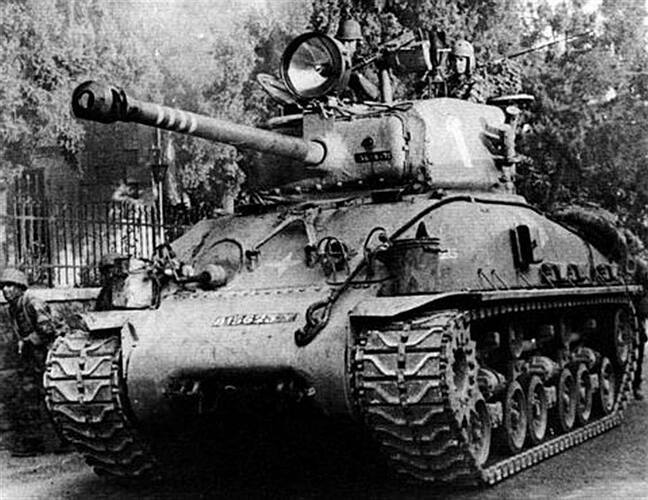 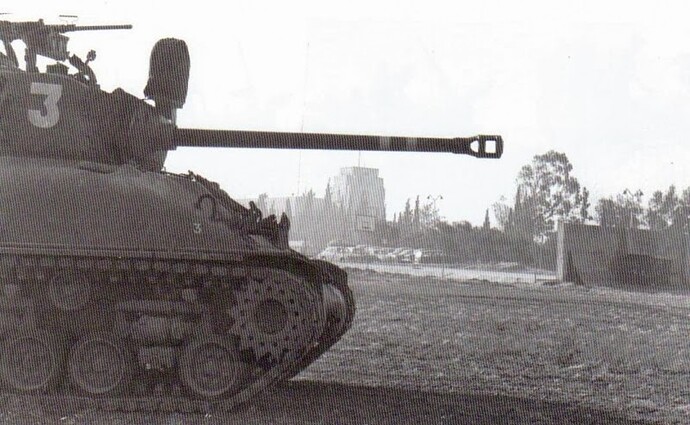 “An August 1948 Inventory has it that there were 1956 M4A1(76)s in the US. The vast majority were in storage depots, with only 319 “Ready For Issue.” As noted earlier, 1272 were listed as “w/HVSS.” Exactly one M4A1(76)HVSS was listed as in service with the troops. In late 1948, the US began a rebuilding program in order to provide tanks to its Cold War Allies. France was the principal Mutual Defense Assistance Program (MDAP) recipient of the M4A1(76), and beginning in 1950, is reported to have received 421 VVSS and 833 HVSS units by early 1954. Belgium is reported to have received 15 VVSS and 65 HVSS units during the same period, and The Netherlands is reported to have received 50, although the suspension type was not listed in the documents we examined. No doubt other countries received some M4A1(76)s. For instance, there is a surviving M4A1(76)HVSS in Portugal, which is reported to have received 5 units, listed generically as “Tank, Med, 76mm Gun, M4 Series.” The above shows the scene at the New York Port of Embarkation in 1950, as some MDAP M4A1(76)s, neatly shrink wrapped, await shipment to Europe.”

I think maybe all the IN. Nat. Guard used them. There are two at Atturberry, but they use a different track. Otherwise very similar.
gary

Thank your for the information.

The IDF certainly had these in service and also sold some to African nations. I have not seen one in European service but I will check to see if Italy or France had any.

Here’s an example of a Dutch M4A1E8 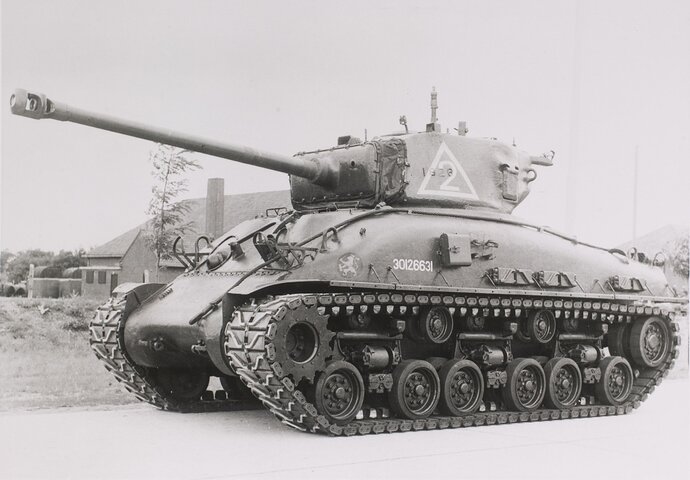 Reminds me of the old Revell 1/40 scale kit.

I was under the impression some M4A1E8s made it to ETO right before the war ended. I’ve seen a couple of photos of one being offloaded in Antwerp in March/April 1945. There is also another image one parked in a densely wooded area somewhere in Germany in April 1945. I don’t have the images but I believe I saw them in the old missing-lynx website where it was discussed that some of these tanks had made it over there right before the end of the war.

Here’s the link to that thread on ML

Everything I've always heard was that these arrived too late for the war. Guy over on Facebook posted this up to back his claim that the U.S. Army use

The image of the Antwerp one can be found in the book Son of Sherman and both have T-66 tracks which makes sense since the original HVSS Shermans sent to the ETO most all had T-66 tracks. I think it’s certainly possible a few of these M4A1E8s saw some action right before the end of the war

There are documents recording their presence in the ETO in April and May 1945, working their way through the supply system to the front. IIRC, the last information has them being allocated to Armies/Corps or maybe as far down as divisions, but not farther. There were relative few losses in this period (ex: Third US Army lost 52 medium tanks in all of April and May) so little need for replacement tanks to be brought forward from depots.

It is not an obscure or uncommon vehicle. Right at the front gate of Saumur tank museum, there is a M4A1 76 HVSS as well. 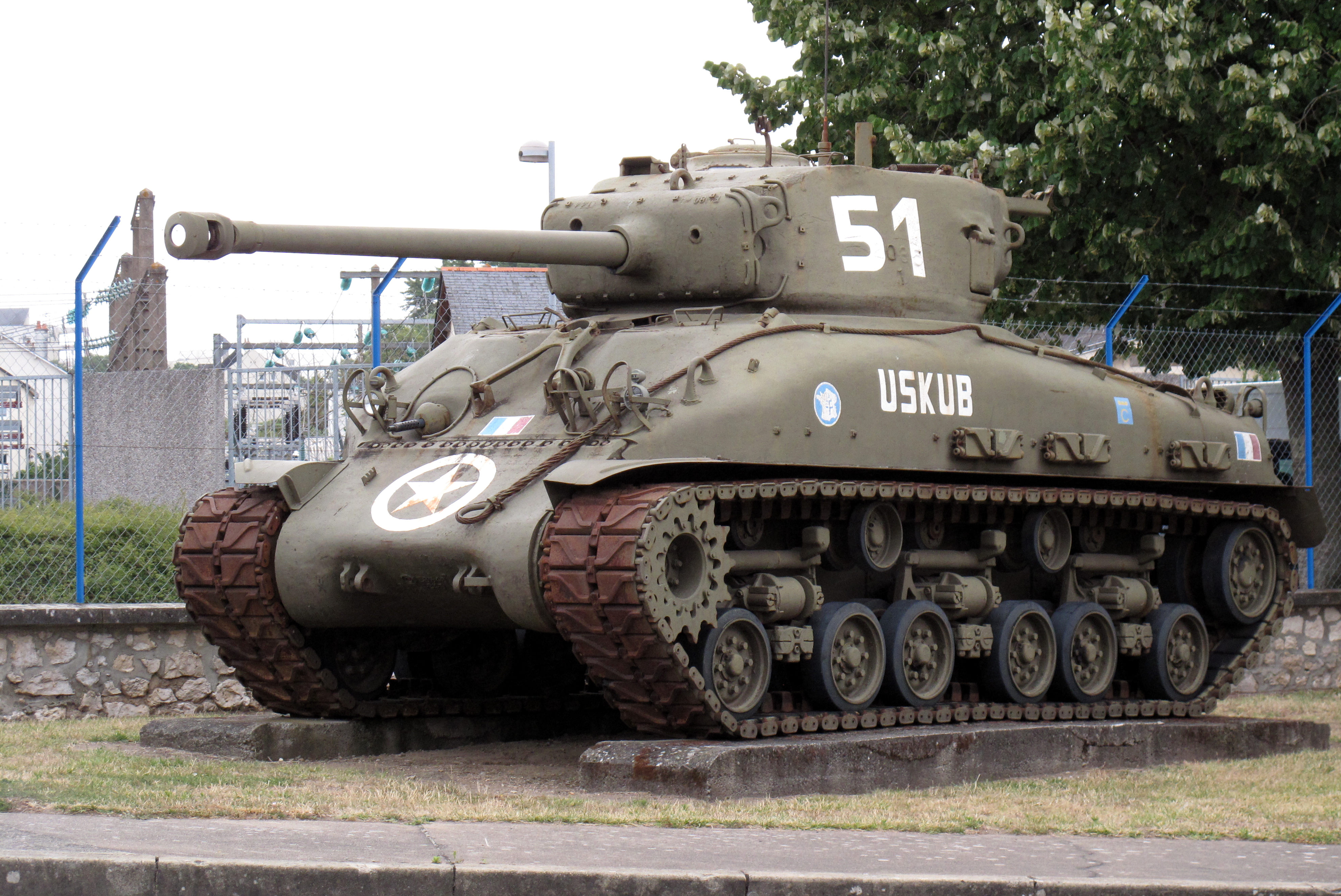 Also, don’t the M4A1 is identified with the cast hull? The none cast hull is just M4.

Yes, the cast hull M4A1 was the same as the M4 automotively, only different in the upper hull armor. The M4 was never selected for production with the T23 76mm turret. The later HVSS 76mm M4A1, AKA M4A1E8, was not rare, but it was too late to see combat in WWII. Over 1200 were built in 1945 according to here
[M4A1 Large Hatch]
(Large hatch M4A1 Shermans)