This is a companion discussion topic for the original entry at https://modelshipwrights.com/public/index.php/reviews/ships-of-columbus-nina-pinta-santa-maria-kit-review
TimReynaga November 11, 2020, 9:42pm #2 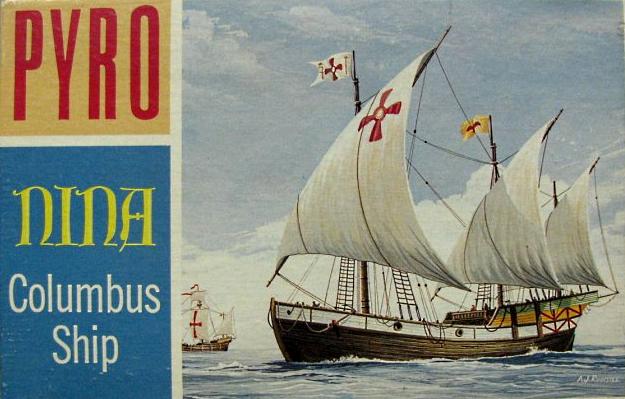 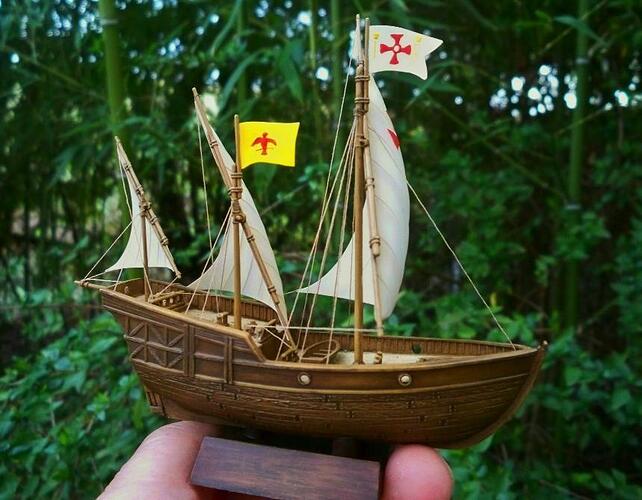 When I built the Pyro Niña several years ago, I followed the Pyro box art in painting the flags - which were incorrect!

The Ferdinand and Isabella flag was in the ballpark, but it should have been white with green cross and lettering, like this: 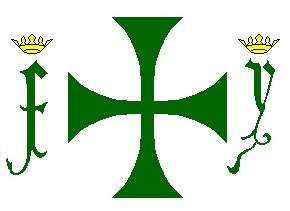 but I later discovered that the aft flag, the Royal Standard of the Catholic Kings, was completely off. Shown yellow with a red bird in the box art, it was actually this emblem: 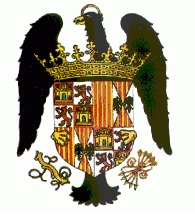 on a white background.

Anyway, the Round 2 re-release has both flags correctly depicted as decals: 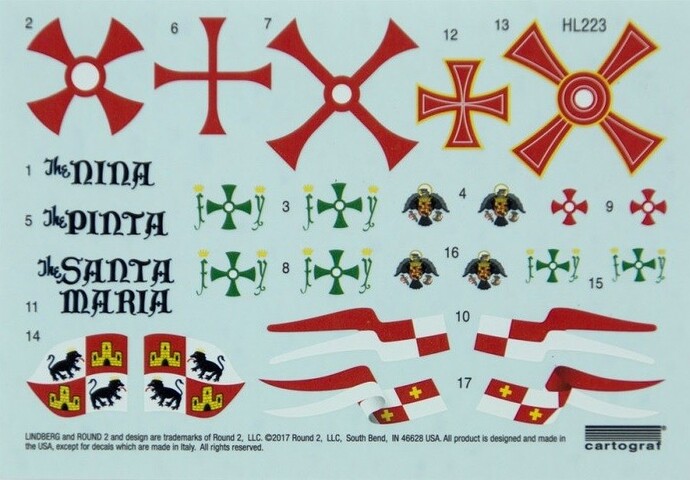