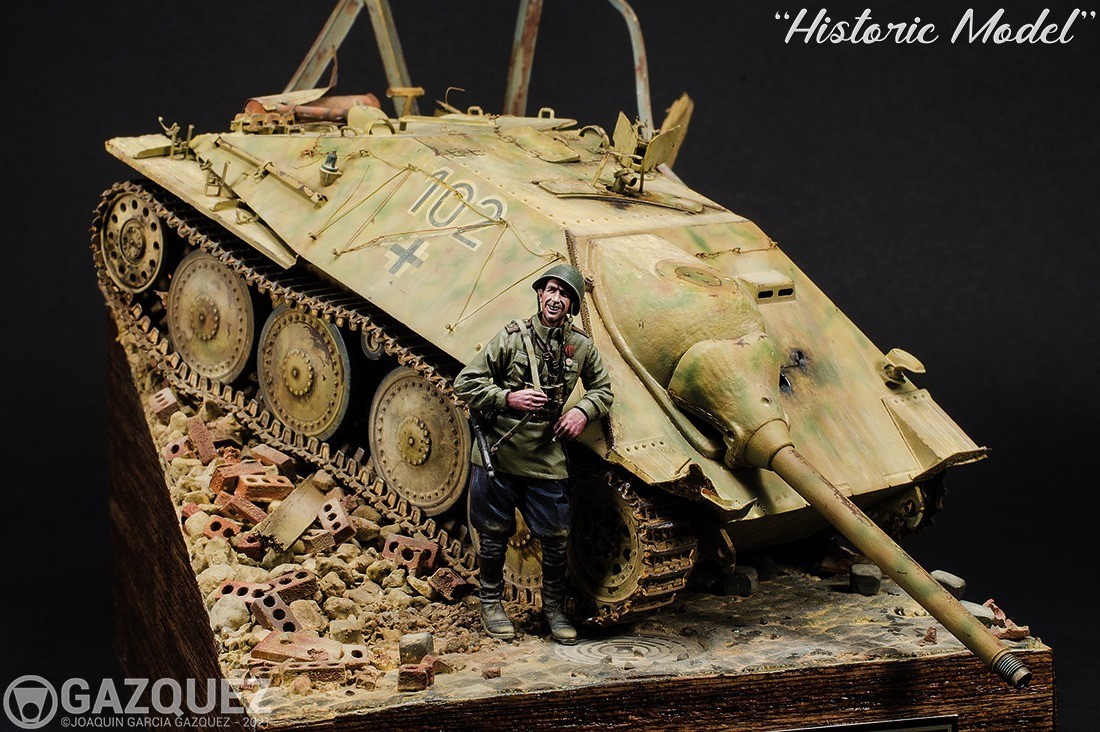 This is partial text from the full article (usually with photos) at https://armorama.com/news/smoking-kills-inspirations-by-joaquin-garcia-gazquez
1 Like
joepanzer November 20, 2021, 12:08am #2

So the whole other track is just missing?

When it gets a frontal penetration all the hatches would have blown open. I been in a Hetzer some years ago and wouldn´t imagine what has happened to the crew.

On his website he says it is an Alpine miniatures figure with a Hornet head: 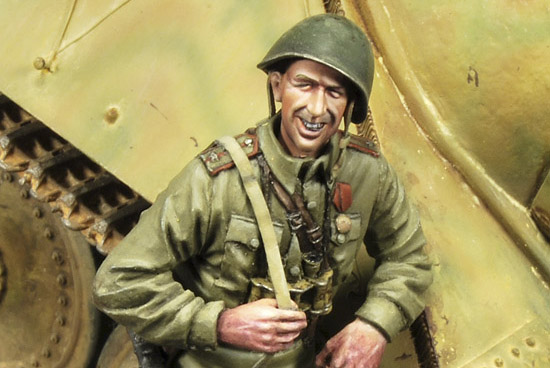 It’s an awesome figure, isn’t it?