So what is a T55 range finder worth?

This is not a normal question for this forum, however we have many members with a variaty of experence. I have a Russian T55 range finder parascope and I am trying to figure out its value. It is in good shape with no fungus on the lenses. The view is clear and the retical is there. I know one was sold on ebay but I can’t see what it sold for.

Can you provide a photo ?

Hell, if you find out let me know. I have BOXES of Soviet tank and Artillery optics, all brought home with the approval of US Customs. 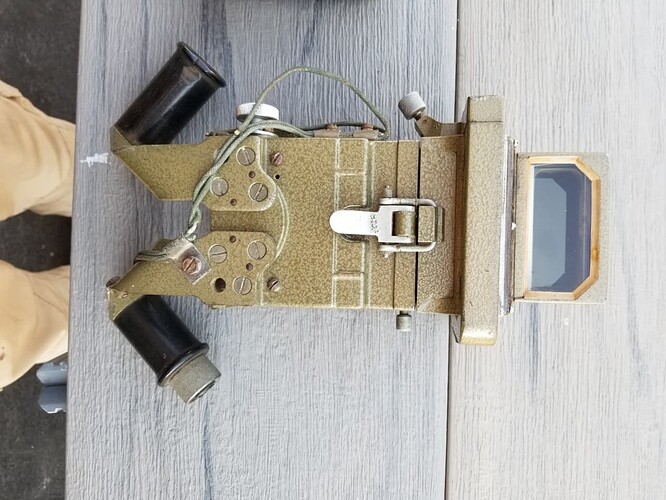 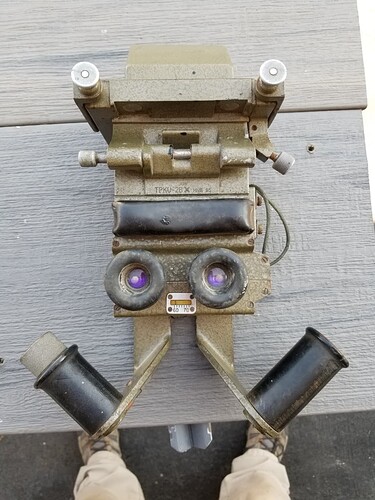 Cool, looks to be the commanders cupola periscope, I think the TKN-1 ? The proper designation may be stamped on the front somewhere. No idea of value, but I bought a mk 4 periscope years ago at the APG armed forces day rally for 30 bucks. Not nearly in as such nice shape though.

I also found this.

From Wikipedia, the free encyclopedia

Jump to navigationJump to search

The T-54 and T-55 combines a high-velocity gun with a highly mobile chassis, low silhouette, and exceptional long-range endurance. The T-54/55 tanks have been produced in greater quantity than any other tank in the world. Seven main production models have been widely used throughout the Warsaw Pact and in many other countries. The T-54/55 series has been manufactured in Czechoslovakia and Poland as well as in China where it is known as Type 59. More than a dozen countries have produced upgraded T-55 variants with similar capabilities in protection and lethality. The tank featured many innovations, many of these being in the fire controls of the T-54 and the T-55.

The commander sits directly behind the gunner under a 360 degree traversable commander’s cupola. Five wide prism vision blocks give a good view and all-round orientation. For sighting and quick target designation a binocular observation device is inserted in the center. In the first model was the TPK-1. It has a x2.75 magnification and also accommodates one of the five vision blocks. Not long after becoming mass-produced, all TPK-1 devices were replaced by TPKU-2B devices. This device did not have a vision block of its own (reducing the total number to 4), yet it gave a x5 magnification. A distance measuring scale was added on the lenses, it could reveal the approximate distance of a 2.7 meter tall target (an average NATO tank) at ranges up to 3000 meters. In case of the damage of the prism mirror, the device could be opened, the prism pulled out and replaced.[1]

Together with the possibility to traverse the turret, the commander could also seek for targets independently from the gunner. With a push of a button located on the left handle of the TPKU-2b device, the turret swung into the center of the commander’s TPKU-2b visor lines not only in horizontal plane, but in vertical too. The turret swung with maximum recommended speed on the view line of the commander and stopped with correspondence of the visor lines. However, the commander had to hold on to his dome and work against the turret rotation, keeping the target in his sights until the turret stopped. This designation method was not totally accurate, but accurate enough for the gunner to see the target in his field of vision.