Something for our Kiwi members

Not just for our antipodean associates, rumor has it the Scots only invented the Kilt because their sheep had learned to flee in panic at the sound of a fly being unzipped…

Oh boy… and the jokes will flow…

Kiwi scientists have made a breakthrough discovery and discovered 2 new uses for sheep:
Meat and wool.

Q: Why does New Zealand have some of the fastest race horses in the world?
A: Because the horses have seen what they do with their sheep.

Pfft. A tourist saw an Aussie having his way with a sheep and asked, “are you sharing?”, The Aussie replied, “no, get your own”. 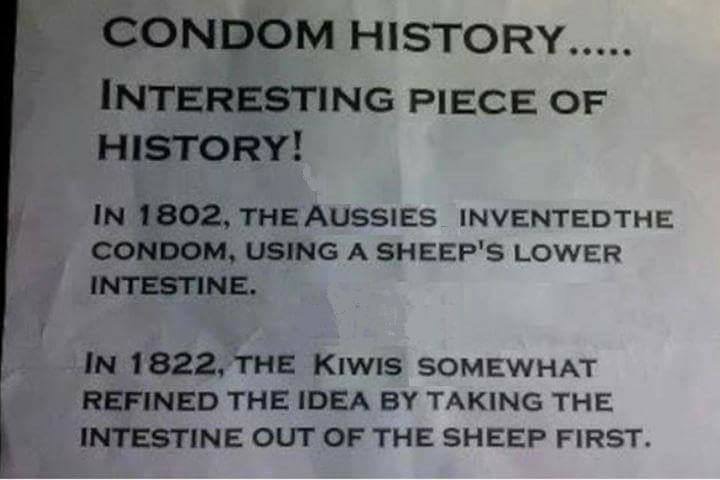 . A tourist saw an Aussie having his way with a sheep and asked, “are you sharing?”

Guess that says it all - It is supposed to read ‘shearing’ not ‘sharing’ and its:
. An Aussie tourist in NZ saw a Kiwi having his way with a sheep and asked, “are you shearing?”

So much good natured jokes between Aussies and Kiwis over the years:

I asked a kiwi how many girlfriends he had had…
He fell asleep counting.

Yeah, but we all know kiwi jokes are simple so that the Aussies get them. That’s jokes, not jokers, too.