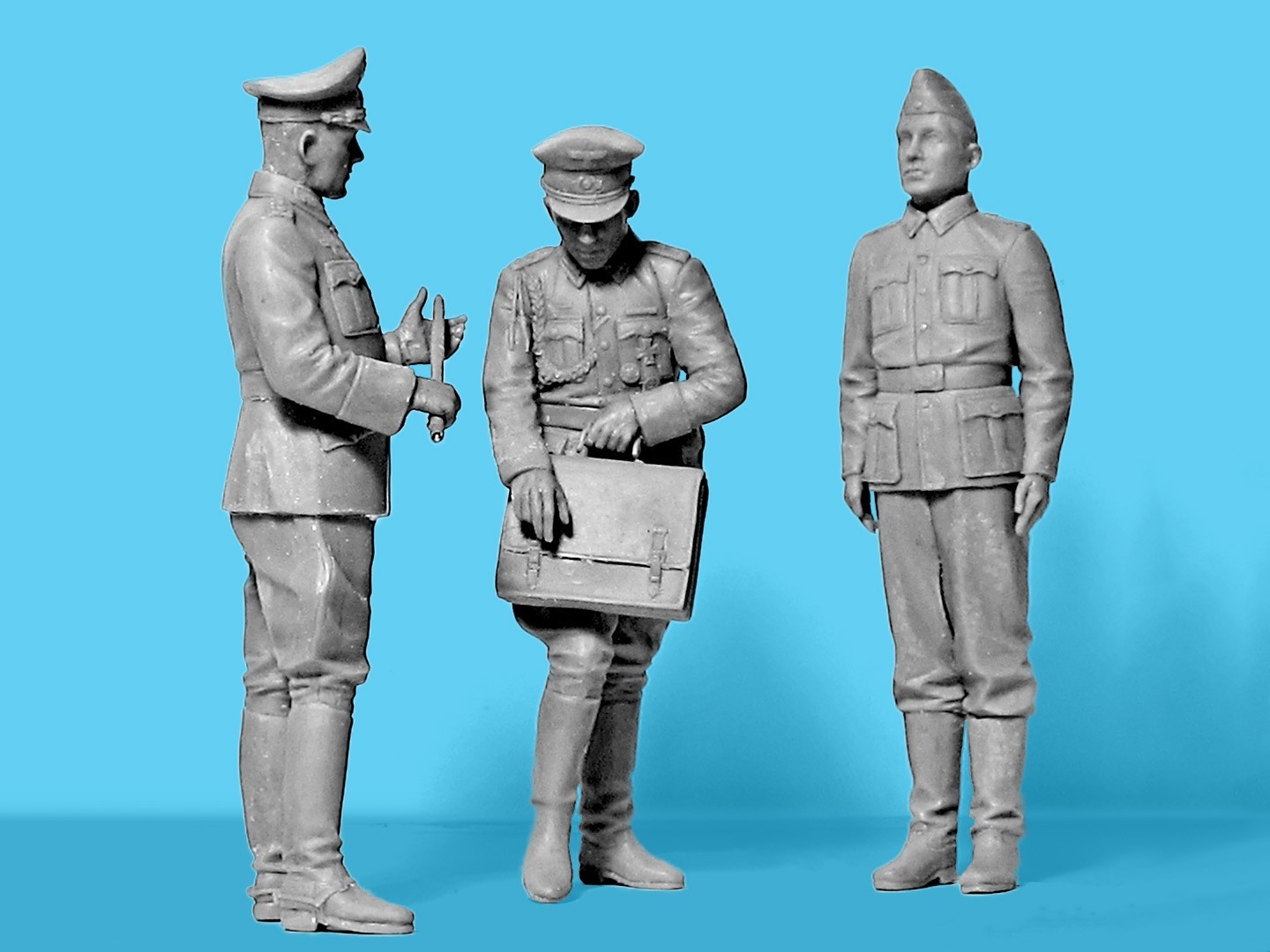 Pretty nice figures. Is this supposed to be Claus Von Stauffenberg’s assassination attempt on Adolph Hitler at The Wolfs Lair? Very interesting

The figure standing at attention looks no better than Tamiya figures from the 70’s.

Seems like a natural for Claus Von Stauffenberg but didn’t he lose a hand and have an eye patch or is that just the Tom Cruise movie I’m thinking about?

Von Stauffenberg did lose his right hand and left eye in North Africa.