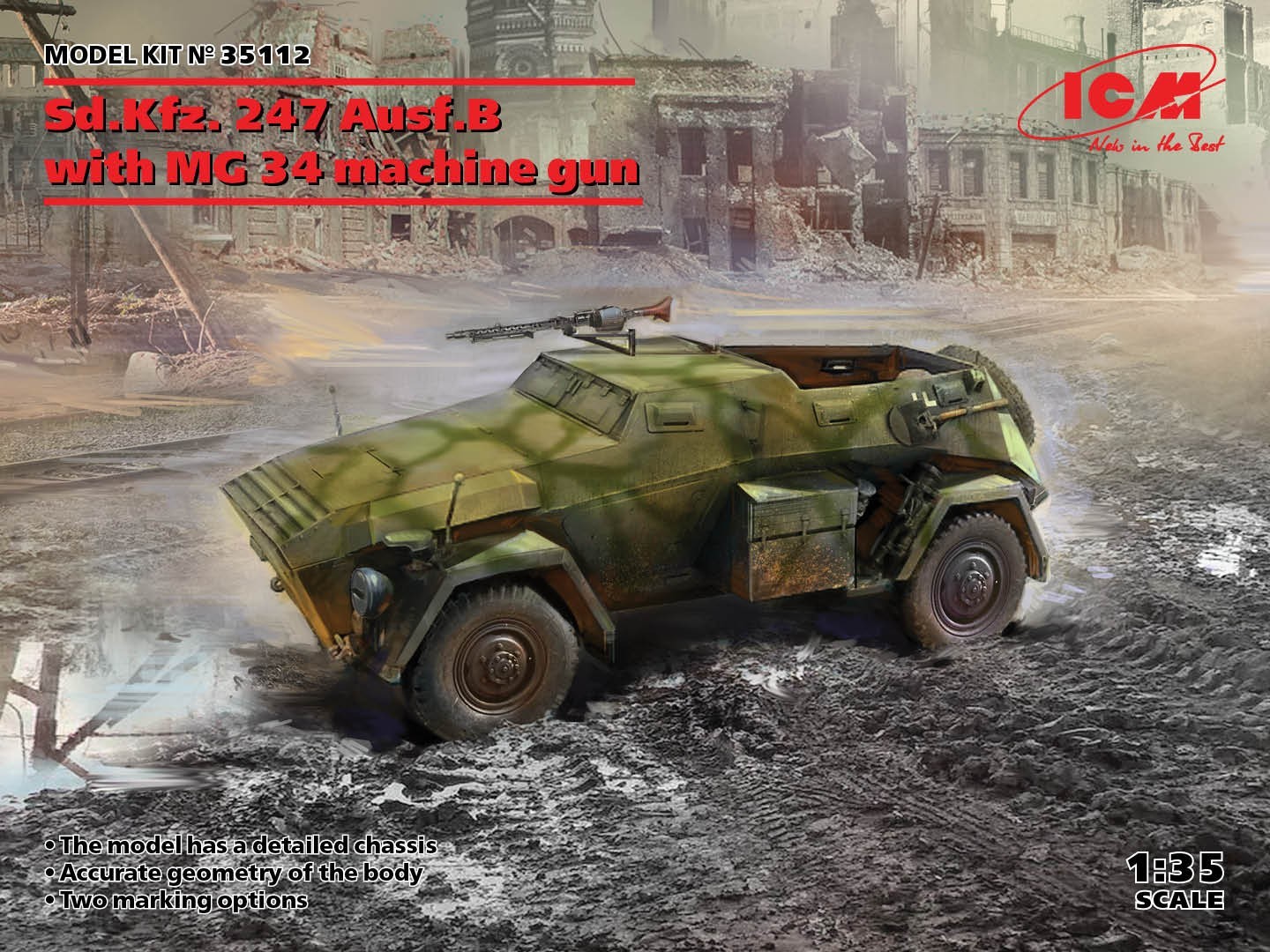 Does anyone have any reference for these knocking around late war? Heaps of reference material/ images for early war years on the net. Was hoping something for around Normandy? Thanks guys.

The Sd.Kfz 247 is a very old vehicle by the time of Normandy, being introduced into the German army in 1937. Only 58 of these vehicle were produced, They were used in the invasion of Poland, France and the lower countries. Than mostly used in the eastern front. They had thin armor and were replaced by the Sd Kfz 251 and 250. It is possible that a few where in France by 44. 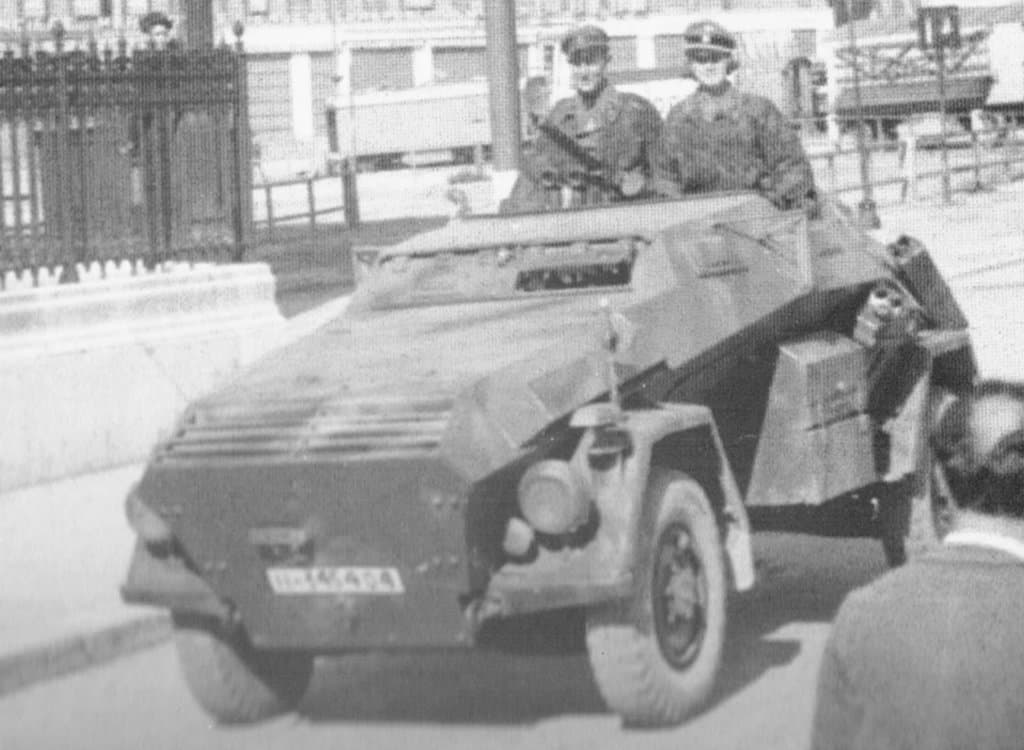 Always thought they were a cool little vehicle. 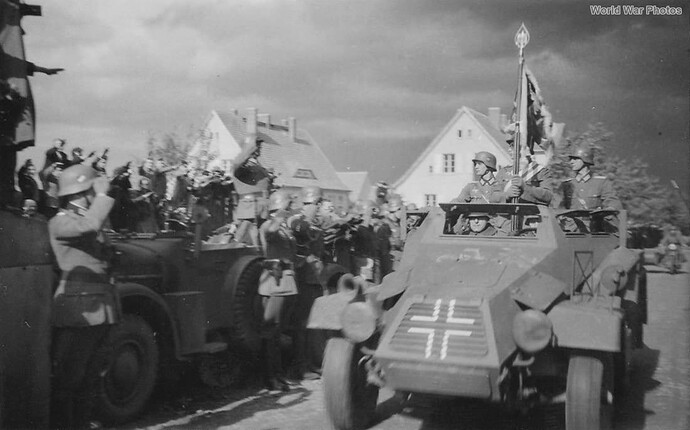 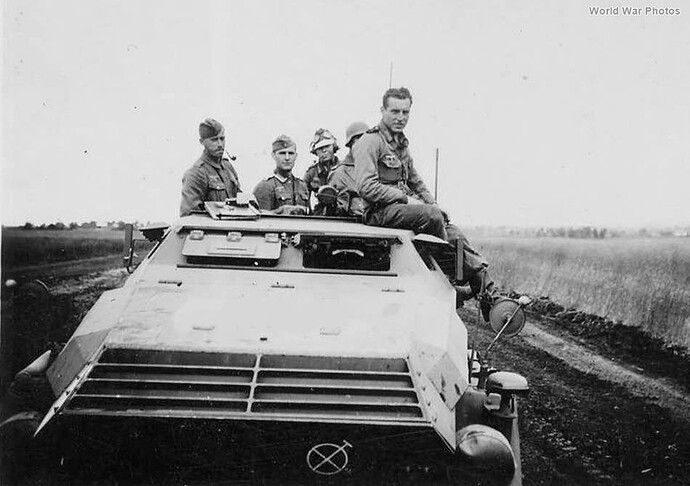 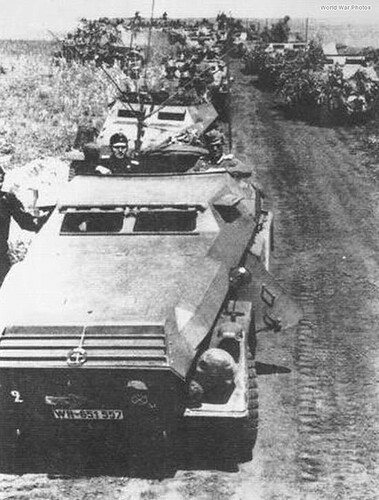 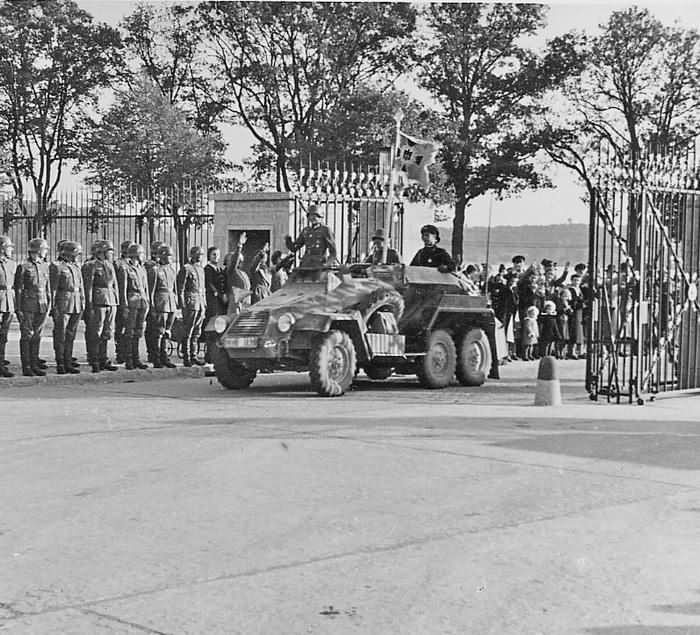 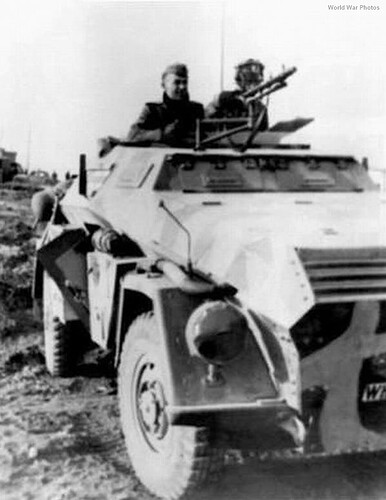