I have the Zvezda Soviet Dog Soldier set, but I wondered…what exact position did these people occupy on the battlefield? Where would they be deployed in relation to other troops and vehicles?

They were the Soviet Union’s equivalent to the US Border Patrol. "After the Molotov–Ribbentrop Pact, the Border Troops assisted the pacification of the newly acquired Soviet territory adjoining the state border.

Border Troops units on the western USSR frontier saw particularly fierce combat in the first weeks of the German invasion of the USSR (June–July 1941). They bore the brunt of the initial German assault, and due to this, suffered high casualty rates. Border Troop servicemen were among the defenders of the Brest Fortress.

Border troops were involved in all major campaigns of the war. Notably, the 105th, 157th, and 333rd Border Troops regiments (operating like regular army units) took part in the Battle for Berlin in 1945. During and after the war, 150 border guards were awarded the title of the Hero of the Soviet Union and over 13,000 of them were decorated with different orders and medals."

Border Troops units were also involved in the Soviet–Afghan War. 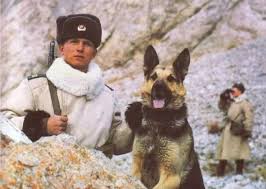 Yes, but I think he is talking about the below set, which is WWII. The Soviet Border Guards have been involved in all conflicts (up to the present as Russian Border Guards) since the Soviet Revolution in 1918. 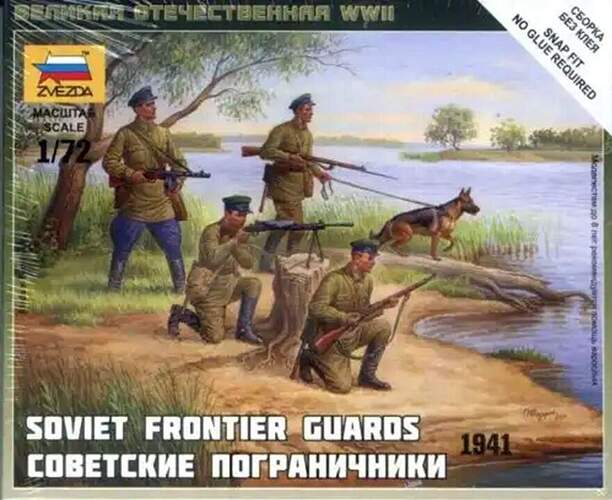 Or he is talking about this set. I can’t tell because he is vague, as usual, in his questions. If so, the dogs had mines strapped to them and they were intended to run up to the enemy tanks/troops and detonate. 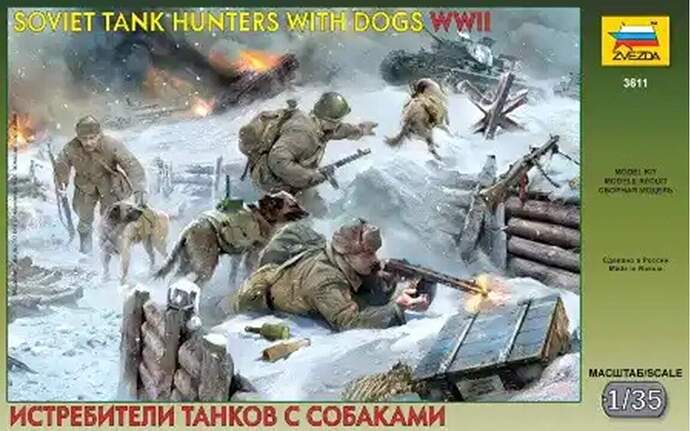 Unfortunately the dogs were not trained to distinguish between German and Soviet tanks.

Yes, I did mean the tank hunters using mine dogs. I never knew border troops were known as “dog soldiers”.

I was asking about the process, such as where the troops had to be in the battle line before they could release the dogs.