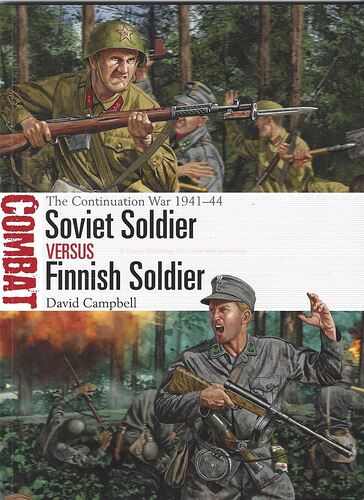 OSP fin sov 1875×1200 222 KB
Modelers should find inspiration and source material in the text, photos and artwork. Eighty pages make up this book including these chapters and subsections:

In a bid to recapture territory conceded following the Winter War of 1939-40, Finnish forces cooperated with Nazi Germany and other Axis powers during the invasion of the Soviet Union in June 1941. Rapid Finnish progress in reoccupying lost ground in Karelia during the first few months of the invasion gave way to a more static form of warfare from October 1941. The Finns resisted German pressure to participate fully in the Axis attack on the beleaguered Soviet-held city of Leningrad, and the Continuation War came to be characterized by trench warfare and unconventional operations conducted by both sides behind the front lines. In June 1944 the stalemate was abruptly ended by a massive Soviet offensive that pushed the Finns back; the two sides clashed in a series of major battles, including the battle of Tali-Ihantala, with the Finns halting the Soviet advance before agreeing to an armistice that September.

The evolving military situation in this sector of the Eastern Front meant that the soldiers of the Soviet Union and Finland fought one another in a variety of challenging settings, prompting both sides to innovate as new technologies reached the front line. In this study, the doctrine, training, equipment and organization of both sides’ fighting men are assessed and compared, followed by a detailed assessment of their combat records in three key battles of the Continuation War.

It seems incredible that tiny Finland held off the Soviet hordes long enough to convince Stalin that enough was enough, and accept an armistice. This book describes the origins, recruitment, training and morale, tactics, weapons, communications, and leadership that of both sides, and how they combined to prevent the Red Army breaking Finland.

Each chapter includes orders of battle and discusses the weapons used. In areas, the Finns overcame Red Army tanks - including IS-2 and KV-1 heavies, to surround Soviet infantry groups. These would lead to ghastly hand-to-hand fighting, as seen at Kangaskylä. The back of the book contains a page listing the Finnish and Soviet units involved.

The book explains why, after renewing their war with the Soviets in 1941, the Finns did not prepare better. All the same, they fought the Soviets to a standstill, inflicting the only strategic defeat Stalin suffered. The story is told in detailed text and with an impressive gallery of photos, art, and graphics.

Photographs, Artwork, Graphics
A good series of black-and-white photos support the text. Most I have seen before but there re some new to me - not that I have seen every publication about the Finnish-Soviet wars. Many images are from Soviet photographers, which means plenty of in-combat shots. A photo of a stripped forest along the Ihantala road after a prolonged battle shows the effects of the viscous battle.

Maps
I am a map enthusiast so I appreciate maps to help orient battles. 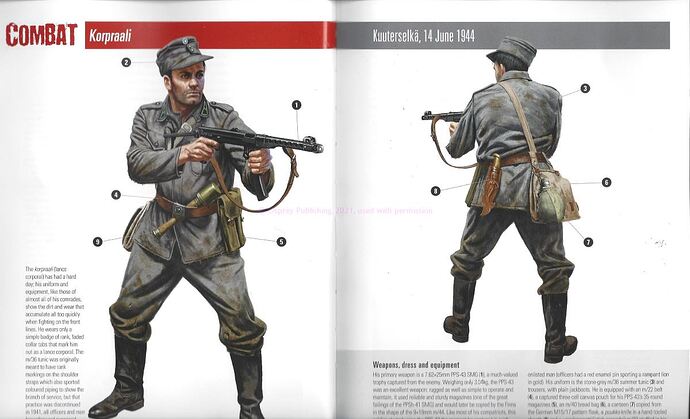 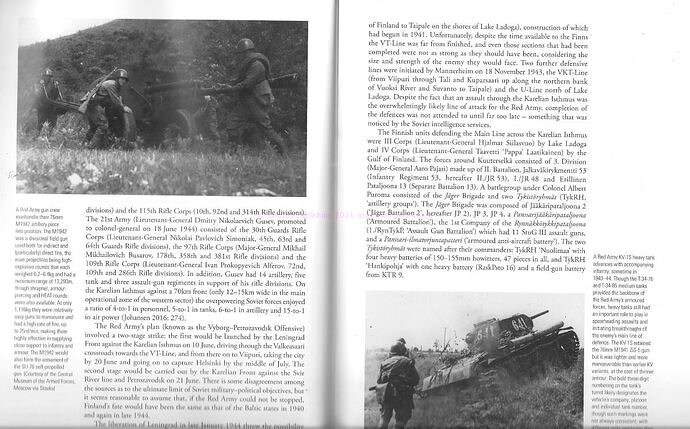 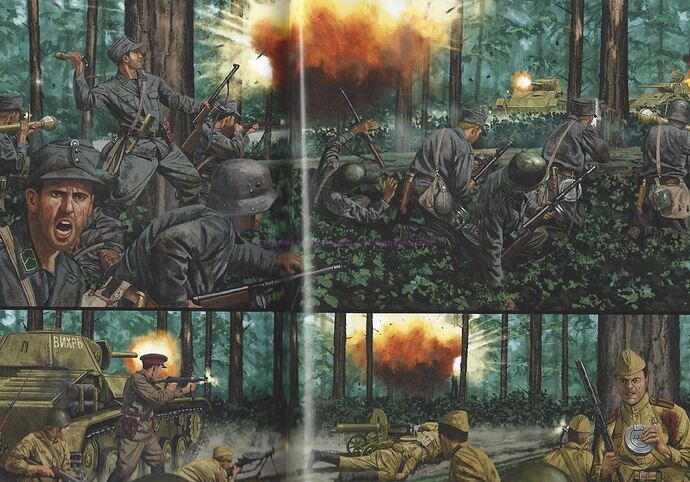 OSP fin sov 41200×840 214 KB
Conclusion
I think that Soviet Soldier vs Finnish Soldier, The Continuation War 1941–44 does a remarkable job of explaining how Finland faced the Soviet steamroller without being crushed. It condenses three years of war into three representational battles. Modelers should find the artwork and photos useful. Modelers pick subjects based on what interests them, and this is an eminently interesting subject. While Soviet weapons are well known, this book shows weapons and kit unique to the Finns, as well as German weapons provided to them.

I have no complaints about the book and recommend it.

Thanks to Osprey for providing this book; please mention to them ans retailers that you saw it here, on Kitmaker Network.