I would never have thought that anyone would produce a 1/32 kit of the Westland Whirlwind so when I saw it advertised I ordered it straight away and when I had my mitts on it it went straight on the bench. Looking through the instructions it was clear that typical of Special Hobby/Hobby Boss there were lots of questions that they didn’t answer so it was a case of taking my time and figuring it out carefully as I went. There is little to no positive fitting of parts and some miss numbering of parts on the instructions. The 2 areas that really need special attention are the nacelle firewalls (see elsewhere for the fix)and the fitting of the wings which are fowled by a couple of pieces in the cockpit which I simply cut down or removed then the wing to the fuselage was a good fit. There is plenty of detail in the cockpit and the surface detail is excellent if a little soft in places such as the upper and lower extremities of the fuselage.
The markings that I chose are in transition but are accurate as I had a photo of the aircraft in question. So it has the post May 1941 new recognition markings of Sky tail band, sky codes and spinner with the yellow leading wing leading edges but the pre May 1941 roundel and fin flash style. I chose this option this aircraft mainly because of the red and white checks on the fin bullet and the clover leaf artwork. I wanted to paint these as well as the rest of the markings but I really wanted to have the model finished for the first of only 2 shows that I get to these days. I did get really close to finalising both but I was running out of time so I succumbed to the decals. The decals did behave quite well and I did finish the model a couple of days before the show. I used artist oil colours for the washes and AK weathering pencils for the weathering.
The only additions are the frame in the canopy, which is obvious in photos, and the IFF wires. The photo shows that there is no antenna wire but that the aircraft retains the bead sight post. Again there is no positive fitting for these 2 very vulnerable sticky-up bits! Overall I would highly recommend this kit, mainly because it is never likely to be produced by anyone else in this scale. 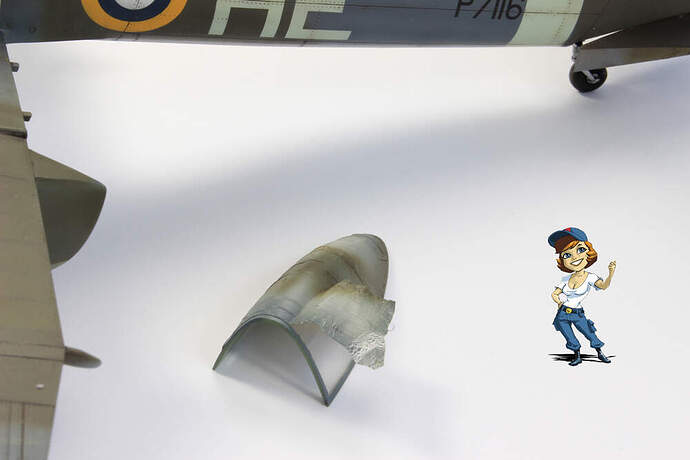 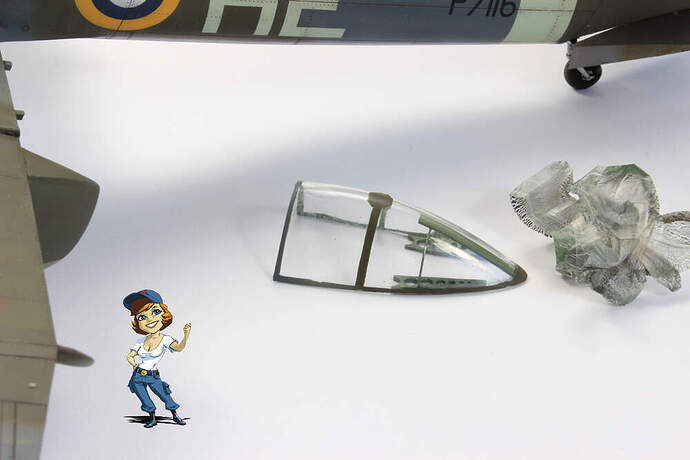 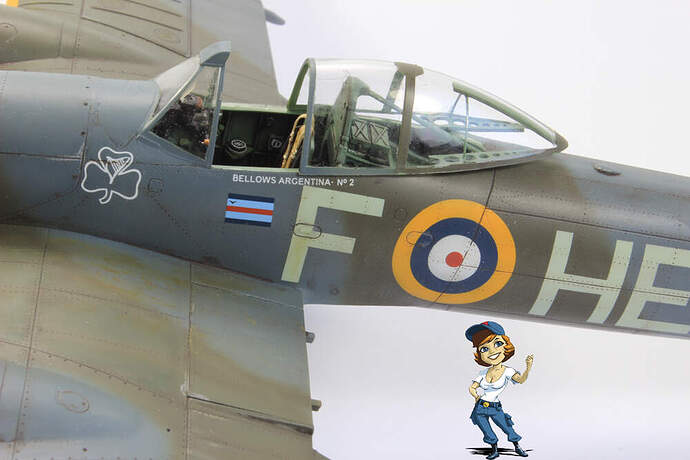 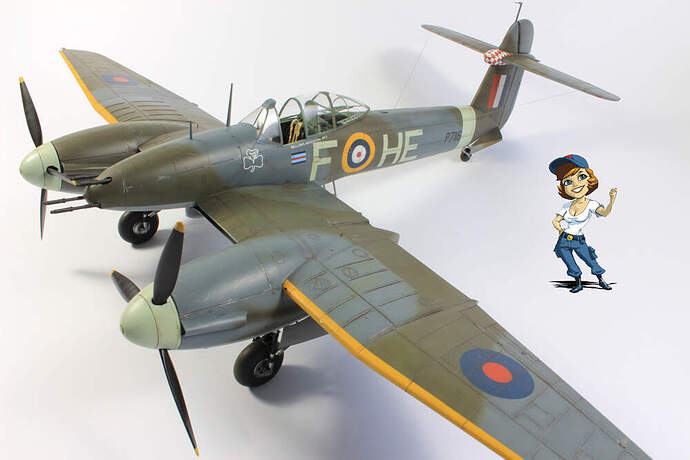 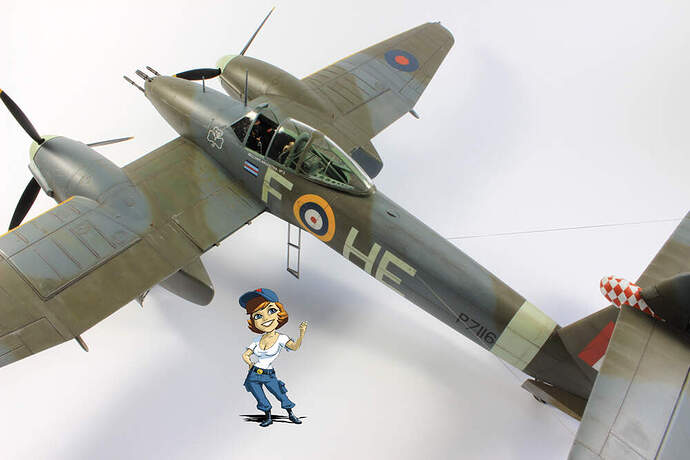 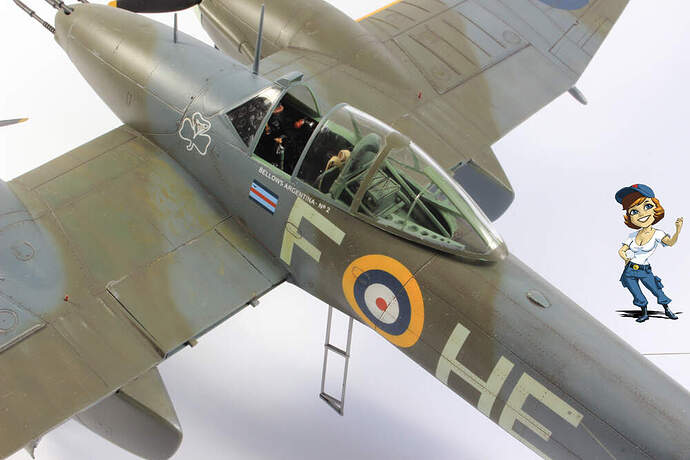 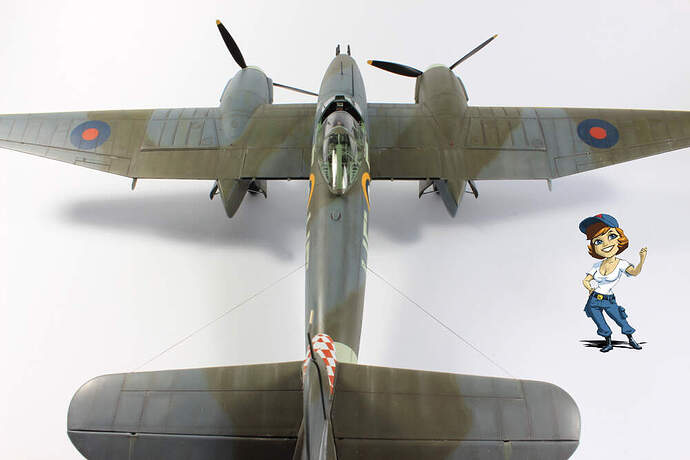 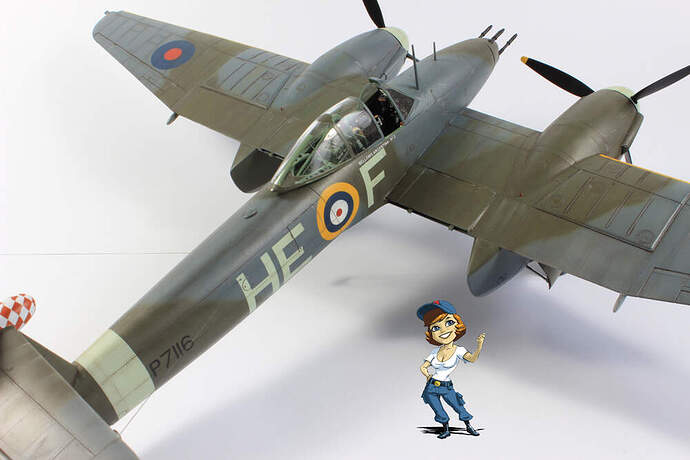 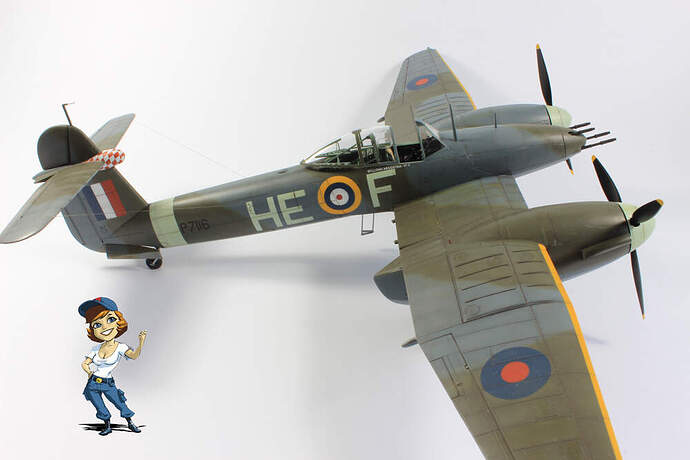 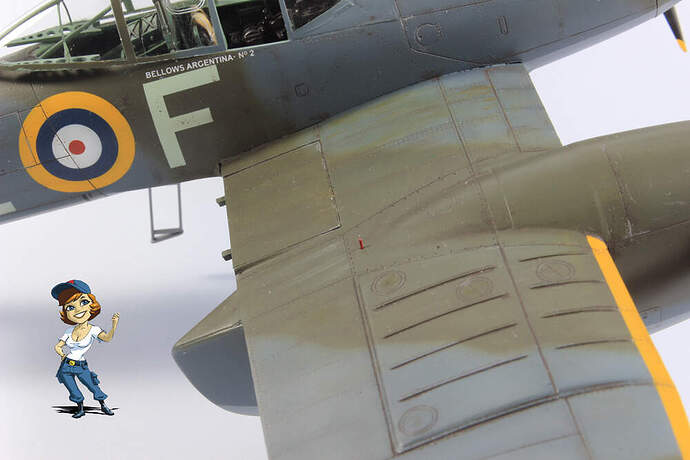 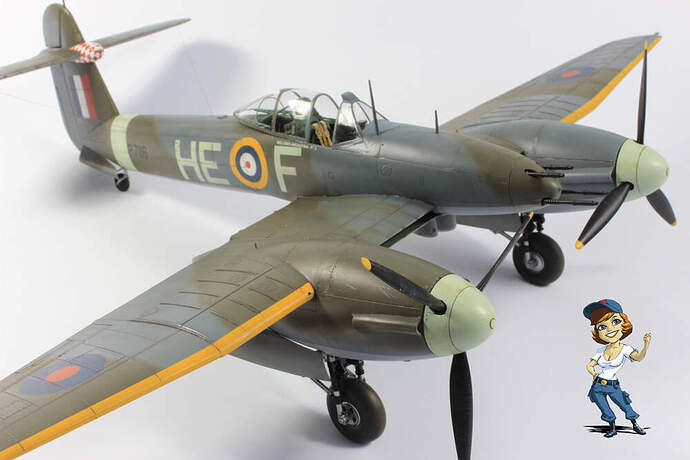 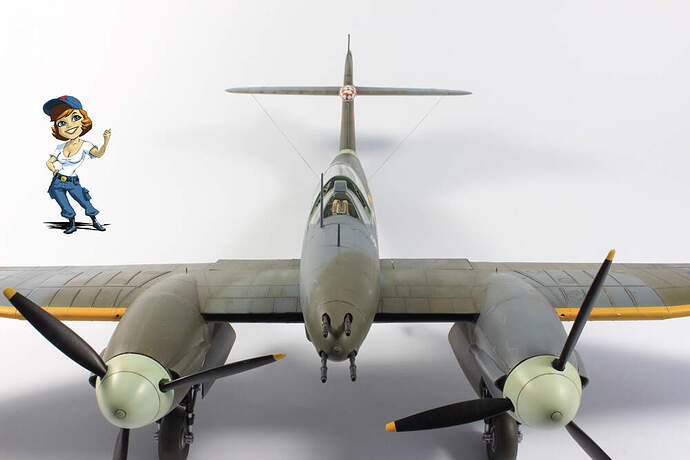 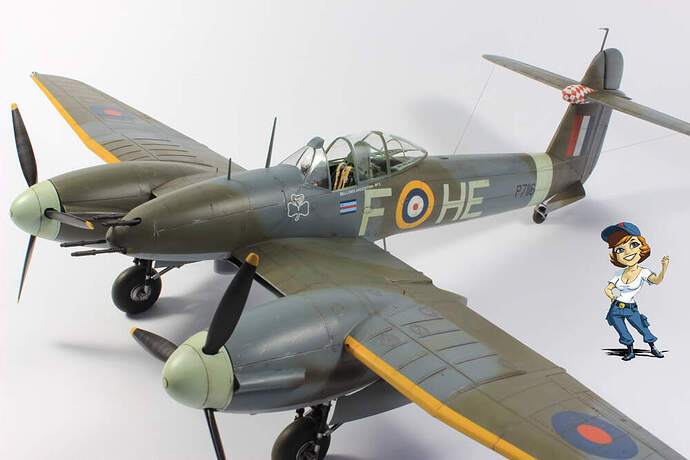 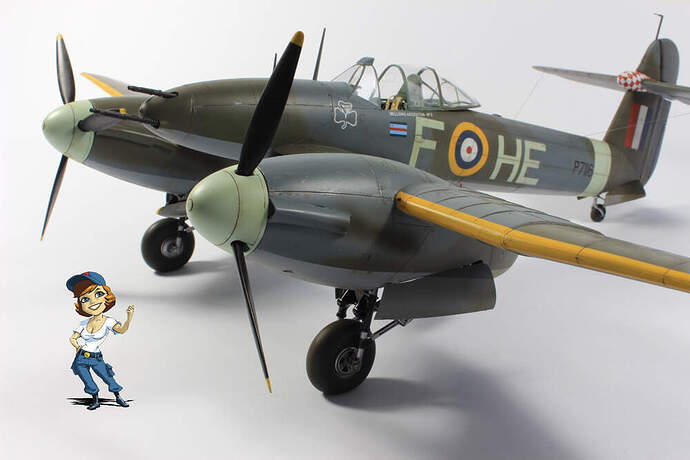 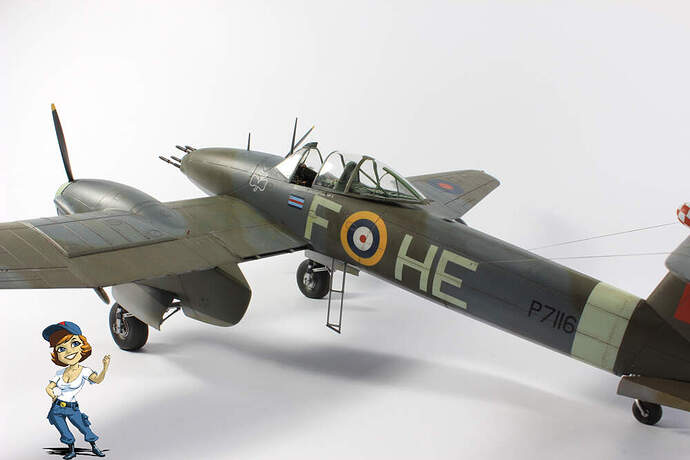 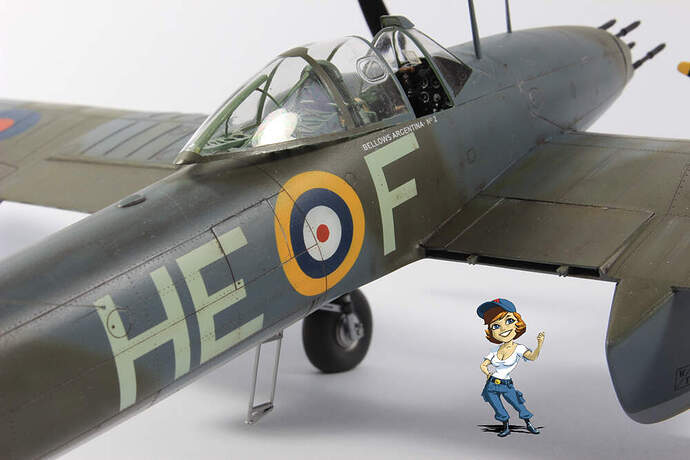 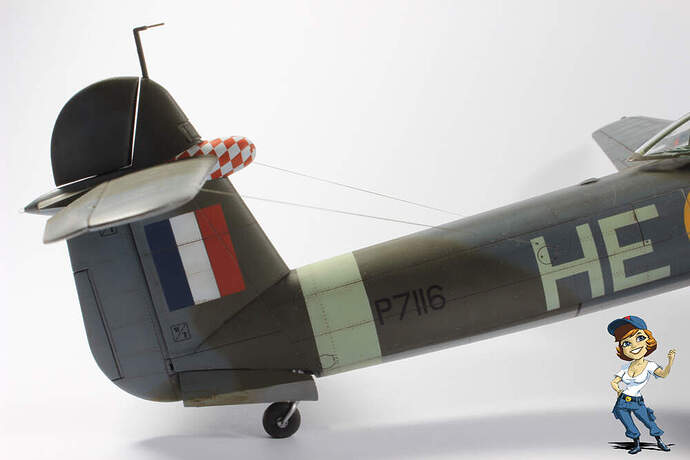 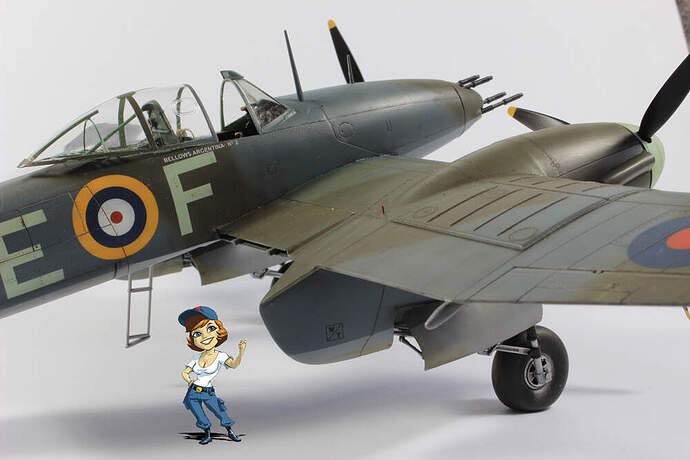 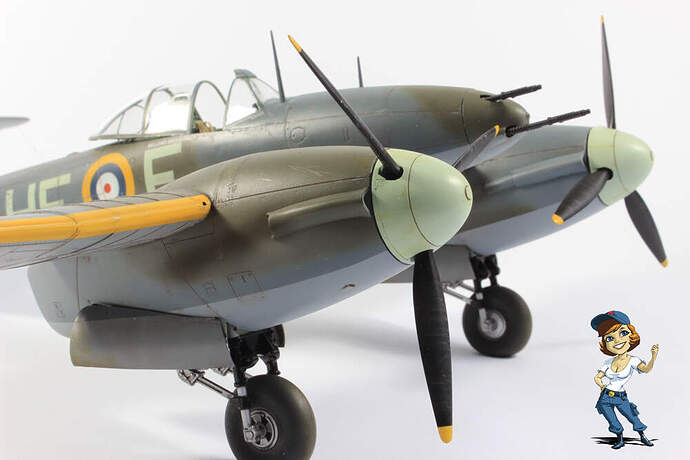 Despite the trials and tribulations Mal, your build looks fantastic. Also well done Special Hobby for releasing the kit in this scale

Although there were trials and tribulations it didn’t really feel like that, possibly due to having a Whirlwind in 1/32 scale.

After seeing this beauty in the flesh as it were, its great to see it again … I was to scared on the day to get to close and take loads of pictures in case I dropped my phone on it lol … looks superb

It was great to meet you mate. There’s always a danger at shows that some knobhead breaks something. I always try and make the props spin on mine as I’ve seen what happens when a kid decides to spin one and it’s glued!