I am slowly,very slowly, building the early SS14 Scamp MRBM launcher vehicle, the 8U253.
I am working on the cabin and have little or no idea of the interior colour…Anybody any ideas?Trumpeter suggest insignia white in their SCUD 1B kit and in the absence of anything else I will go with that.
TIA.
Regards

No idea re the interior colour but is this a scratch project - is it 1:35? Sounds pretty impressive!

Brian,
Yes it’s a 1/35th scratch, been working on it for 10 years on and off.It’s my mojo booster.I love building big military missiles.References seem rather thin on the ground, so I bought the W models 1/72nd kit as a pattern piece. Most on-line photos are of poor quality, as if they were taken on MayDay by someone with a camera hidden in his bow-tie.
Anyway it’s a fun piece that I doubt will ever go near a comp table but thanks for the interest.regards

Can you post some photos of it?
It sounds awesome! 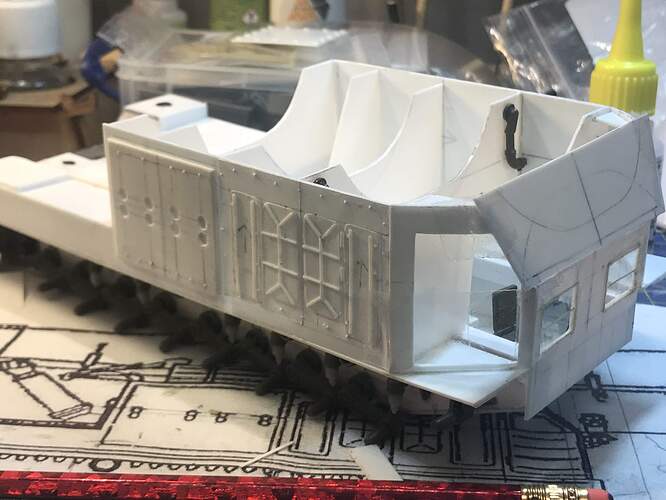 Oh Man, sounds fantastic! I’ve been toying with the purchase of Panzershop’s Scrooge, but an SS-14? Wow! Please, please post some pics! You just can’t get enough Sov missiles (says he with nothing built whatsoever) 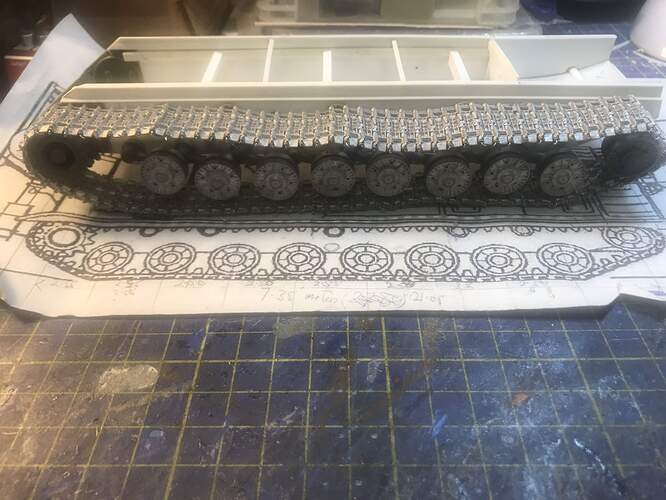 image4032×3024 795 KB
as yet, there isn’t much more to post.
Brian,
I had a good look at the Scrooge kit at Telford a few years back. I was rather tempted but I prefer the looks of the Scamp. 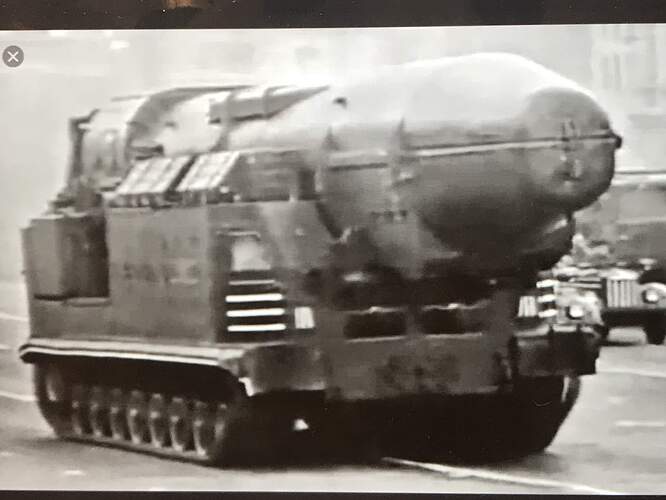 Wow looks great so far ! Big project for sure

I am speechless (for once).

Wow- now that is an interesting build. Just wanted to chip in and say that some Scud and MAZ based vehicles were painted a green-blue on the interior. Like the picture below. 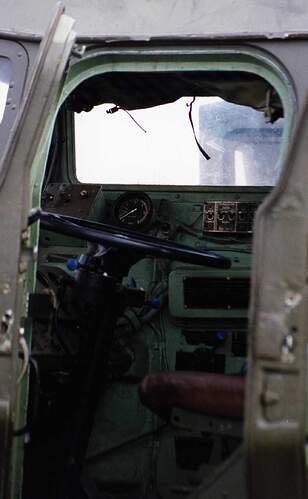 What you are building is obviously a tracked vehicle and usually Soviet/Russian tanks and Infantry Carriers have white interiors so you may be correct in that.

Karl,
Thanks, yes that scheme was one of the alternatives I considered. However I want to do the finished kit as a Mayday Parade vehicle, as in the photo. So although the drivers windows look dark I think I can see some white inside the cabin door. So white may be the way to go,unless of course,other information turns up.
These large Soviet parade missiles are loads of fun to build. This is my SS 11 Sego of a few years ago. Just 2 foot of B&Q plastic pipe. Turns out it’s just the right scale O.Dia pipe 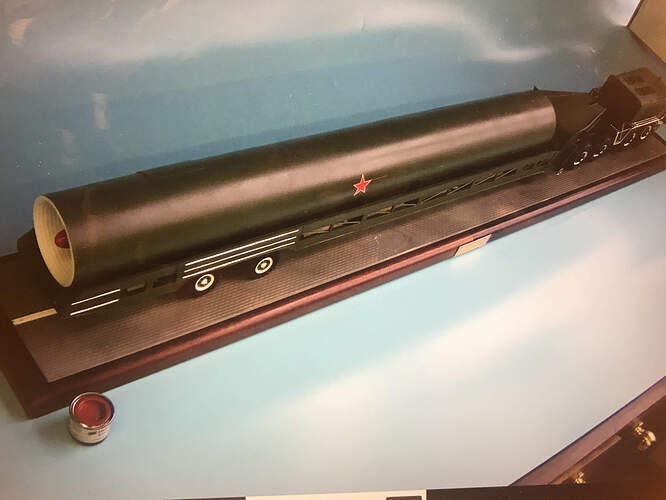 Keep posting photos! This is cool!

Thank you for the kind words.
These are the only photos I have I am afraid. 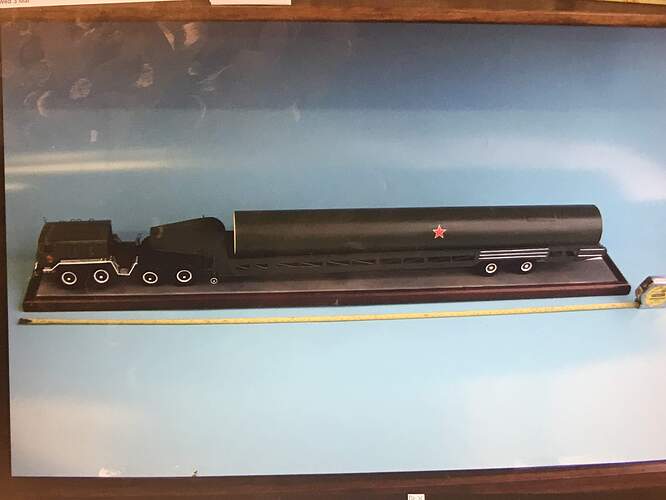 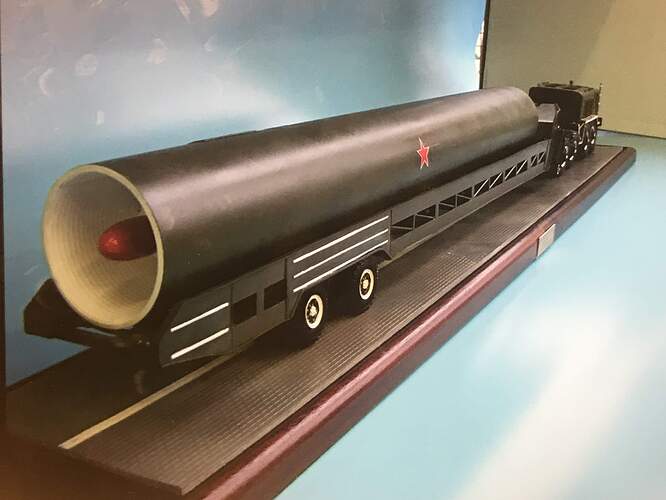 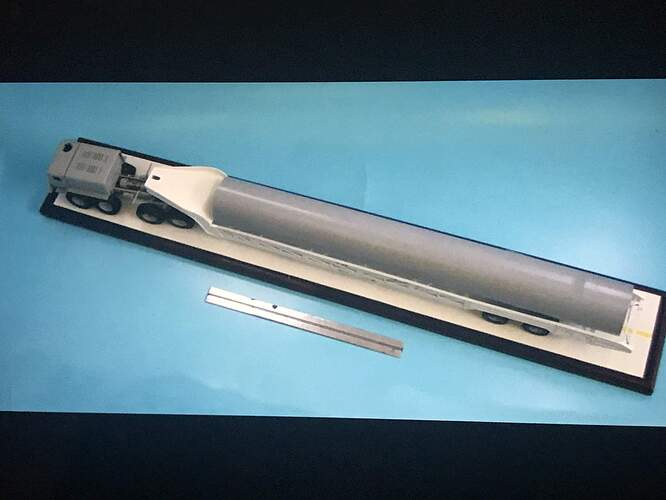 Cracking work, really good modelling and something so different.

'Looking very forward as to how the SS-14 pans out.

Great stuff- brilliant use of the B & Q piping I must say!