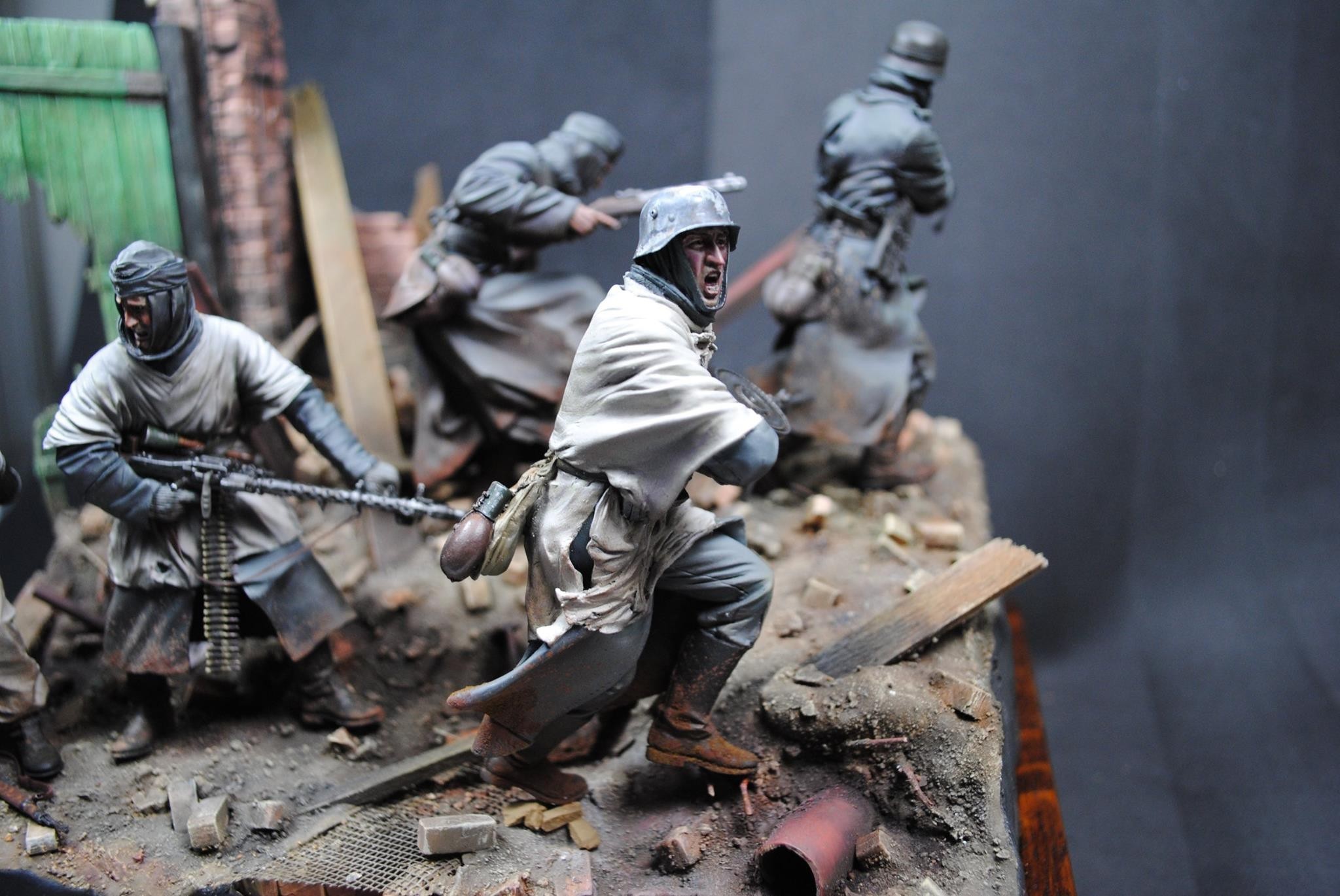 This is partial text from the full article (usually with photos) at https://armorama.com/news/stalingrad-inspirations-by-luis-mendoza-casares
2 Likes
barnslayer March 12, 2022, 7:31pm #2

What scale it that? The wrinkles in the uniforms really takes it to a higher level.

I think the effect would have been improved by adding some patches of snow and a few icicles to the scene. Also the Waffen SS recruiting poster on the wall hardly seems appropriate for Stalingrad! Probably should have put a Russian poster there instead. Other than those two things I think the overall atmosphere of the piece is pretty good.
Regards,Bob

Nice diorama. I think that you very well conveyed the atmosphere of the courageous German soldiers repelling the attack of the occupiers from the Red Army, trying to capture Stalingrad.

Unless I am mistaken, these are 1/16 Jeff Shiu figures; I have a few of them, and the ones seen here are put to good use.

Awesome scene- the faces and the figure poses really add to the effect- such great expressions and dynamic poses that have been well positioned. Painting is just sublime too.