Started a collection of Scum and Villainy for Star Wars X-wing.

I have been laid up over the last week after falling down stairs due to a damaged step, no broken bones just severely bruised down my side and back. Loads of strong pain killers issued by the hospital which has left me sleepy and a bit off my head. Anyway that left me plenty (to much) time to search for X-wing ships of which I found from plenty of different places including some 1st Edition for which I picked up the conversion kit. Lots of customisation potential here.

So here are the Scum ships; 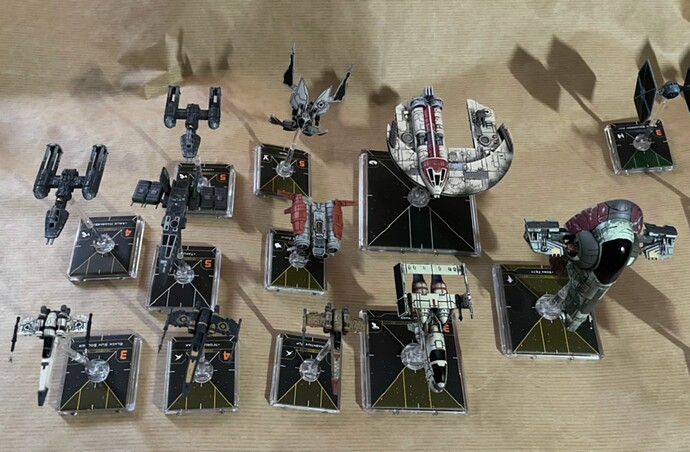 The 2x TIE/Ln and X-wing from the core rules set; 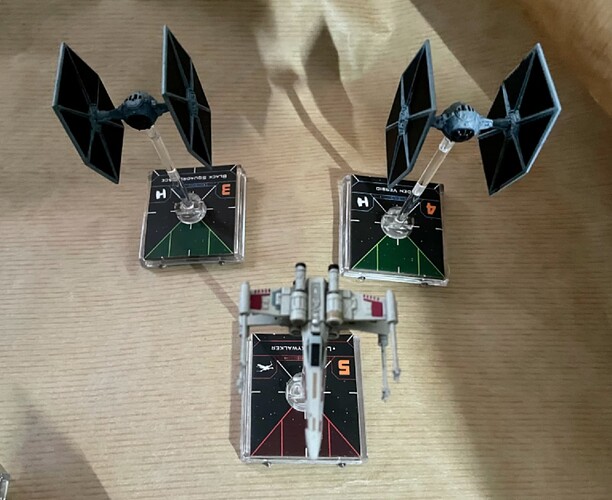 And lastly Sabine Wren’s Customised TIE/Ln which I have no rules for as it’s a 1st edition Rebels ship but enjoyed the animated series so had to have it, 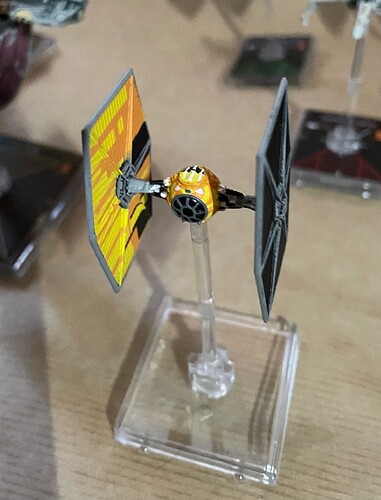 sorry to hear about the accident, I hope they haven’t got you on tramadol it can mess your head.

you’ve got a great collection there and I look forward to seeing more progress soon and an expansion in their numbers.

No they have me on the strongest Co-codamol 30/500 and Naproxen, makes me very sleepy, which isn’t bad as when I wake up I’m feeling a bit better each time

Considering the ships are pre-painted they are very well done. I do have another Firespray (Slave 1) coming which I’m going to repaint as one of the other options and a Hounds Tooth. Trying to find a couple of Mandalorian Fang fighters.
I need to rearrange the demo game that I was attending Saturday gone as obviously I couldn’t attend.

you need to watch those co-codamol, it will make you constipated if you’re on them for a while. my wife had issues with them two years ago, so keep an eye on things in that department.

Yeah I’ve taken Co-codanol before on several occasions so I know what to expect on that front.

Well played my first game today of X-wing, really enjoyed it and most importantly won, convincingly so.
I lost 2 shields on my HWK-200 and no other damage to it or my other two ships in return I destroyed all 3 of my opponents ships.

Playing again Saturday week and will try and remember to snap a photo.

glad to hear you are getting out to play games, unfortunately for me real life had hit that on the head for me at the moment