Any thoughts on the color for the seats in a Steyr 1500a in North Africa in early 41? I’ve seen some museum pieces (which I tend to take with a grain of salt.) with with black leather and brown leather. I’ve also heard canvas (field grey?) I’m leaning towards leather brown seeing they’d have been early production. When would they have switched to canvas?

Black and brown leather were the predominant seat coverings of the time. I would go with brown as wartime pics show them too light for black: 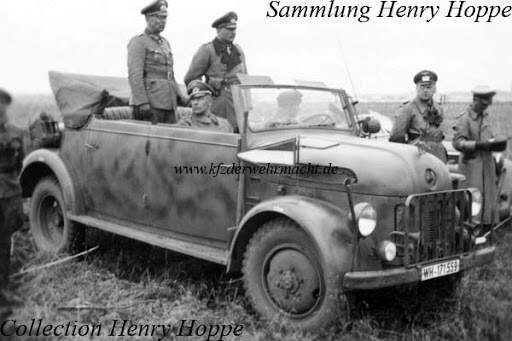 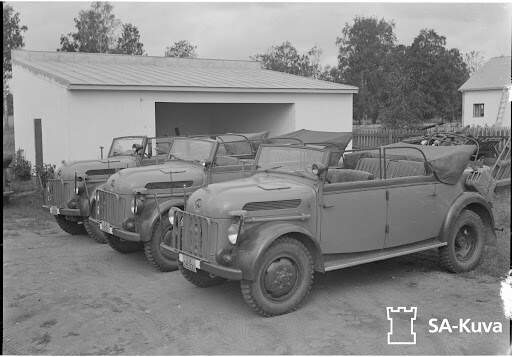 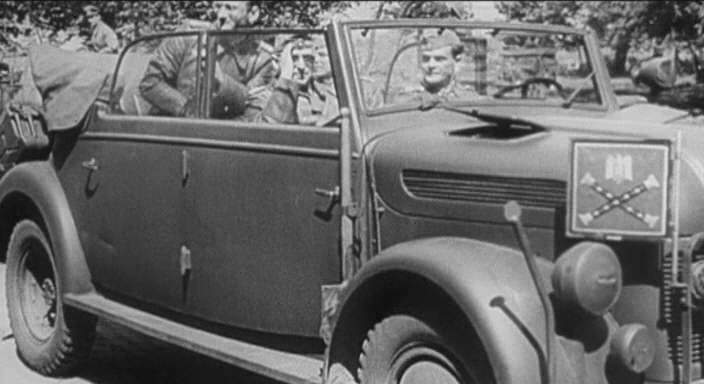 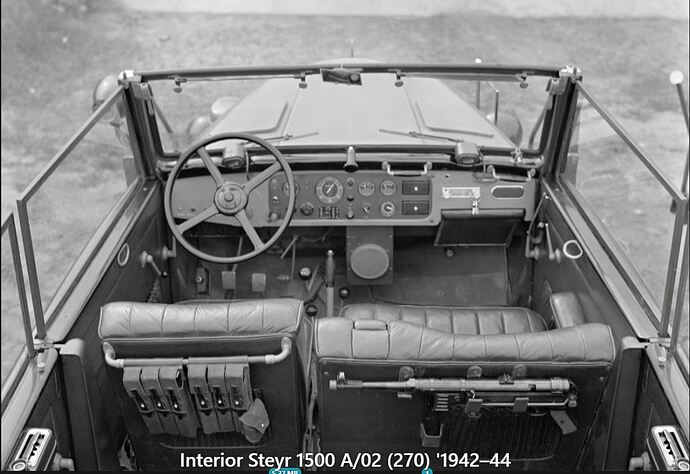 I seem to remember in late 43 / 44 production stuff got canvas. 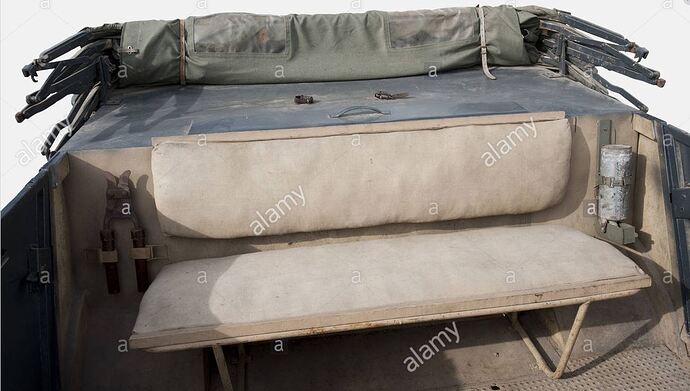 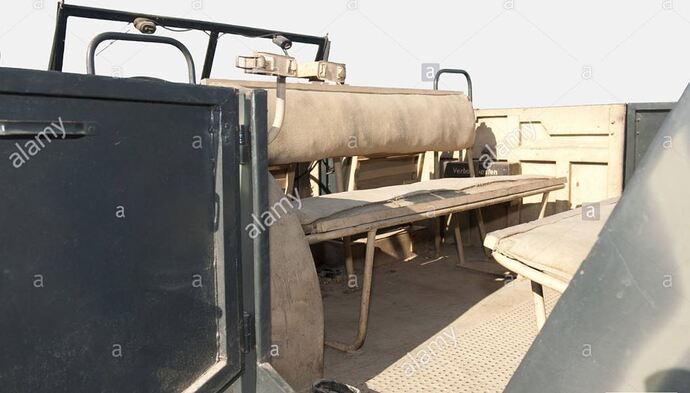 According to the info you can find here : http://www.kfzderwehrmacht.de/Homepage_english/Motor_Vehicles/Austria/Steyr/Steyr_1500_A/steyr_1500_a.html

Typo! Should be 42. Looking to do a rig from Sonderskommando Dora. As far as I can tell they initially formed in Mar. 41 as a scientific recon unit to study south west Libya, Algeria, Chad border area. Jan. 22 recieved a Brandenburger det and scope expanded to recon of French units in Chad. Info I have is they staged 3 expeditions but I find no time frames for them. Unit was returned to main German forces after the defeat at El Alemein. I’m guessing November -ish 42. Number of photos I’ve found , allegedly Dora vehicles are from the right side. One that has their emblem is of the hood and drivers area (with a 20mm salvaged from one of their two SdKfz 222s) A couple photos …suppose to be Dora but I can not see if they have the unit emblem … show the left side , with the exposed spare. Even allowing for replacements, sounds like the later version would be questionable for then to have had. Looks like I have to figure out how to swap out the left body panels to back date the model.

You probably have these already… 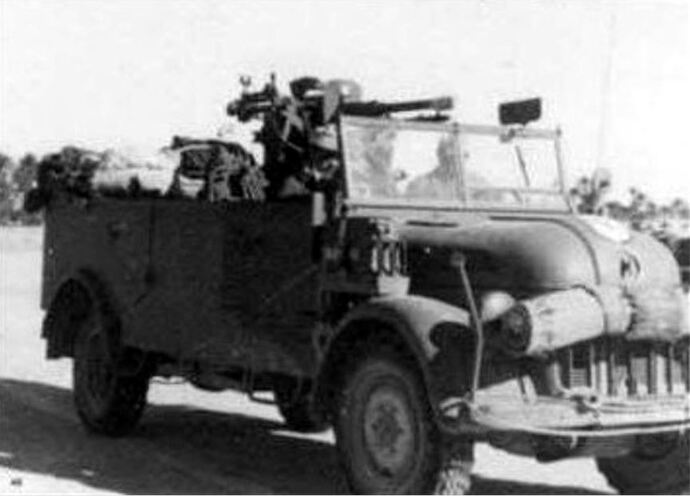 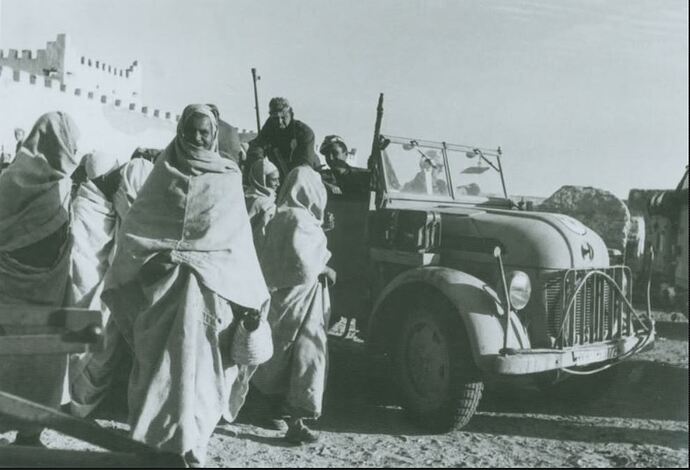 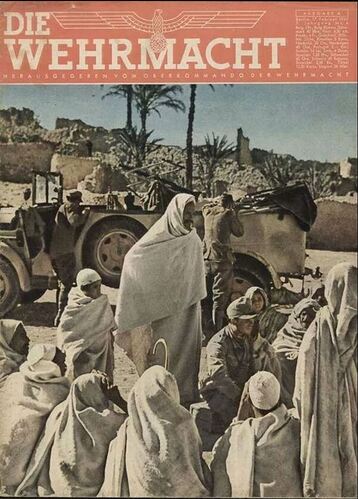 There are some infos about Sonderkommando Dora in this book

Qui. And these ones. They have the marking on the hood. 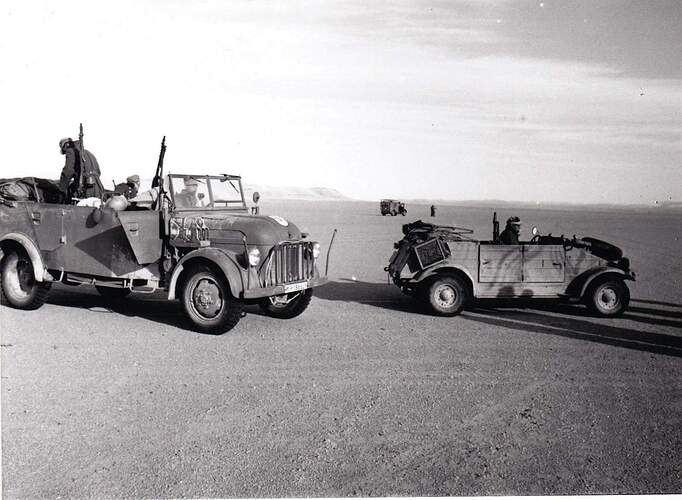 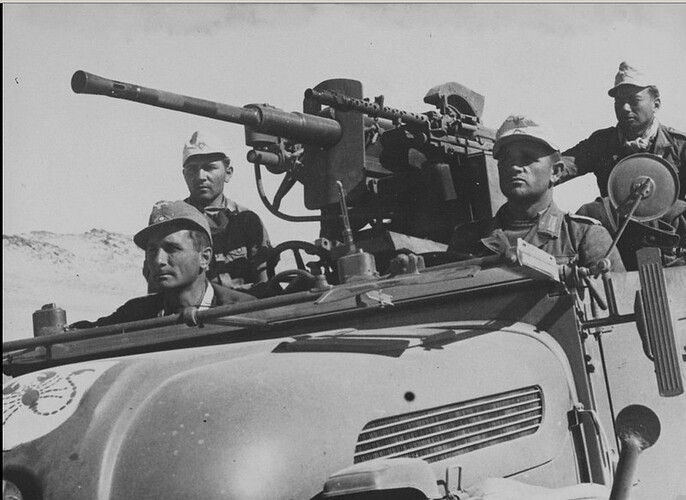 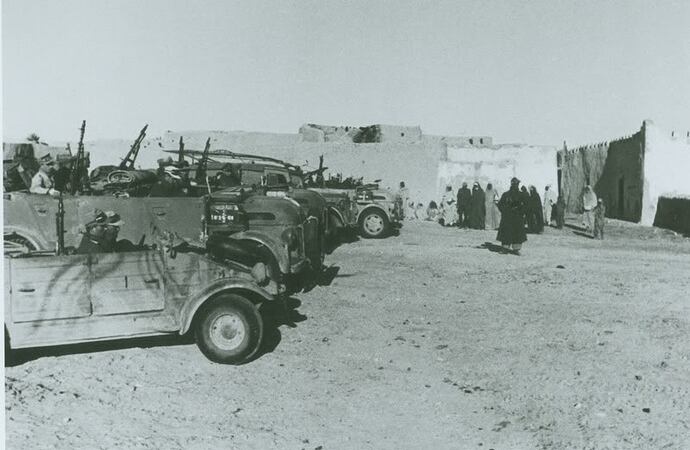 stay1001799×522 63.1 KB
These are captioned as Sonderskommando Dora, but I can not verify. The early version seems to have vents on the section were the spare would be mounted. Dorawas tasked with survey/ cartography work. The “bicycle tire” might be a bit of survey kit? 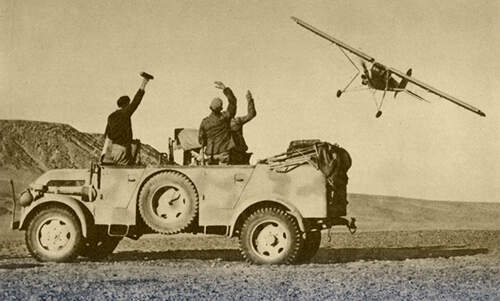 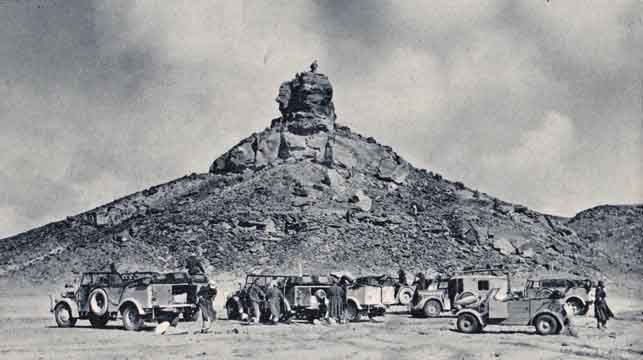 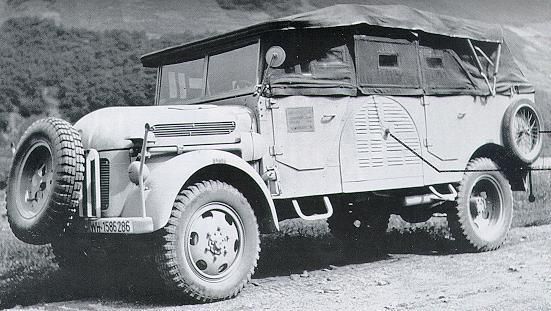 The last picture in your post shows a “Steyr 2000A Stromerzeuger-elektrisch Wagen für V-2” that was fitted with an internal generator used as a power source for the V-2 rocket. I guess this should explain the louvers…But not the bicycle wheel

OMG! Then if the caption for the pic is correct the Germans were planning on launching V-2s from the Libyan desert!!! Would explain the need for surveying.

There’s a 1/72nd scale resin kit available for this version. You can see the generator behind the front seats :
https://www.onthewaymodels.com/reviews/TPModels/JTeja_TPModel_Steyer_2000A_T-7253_preview.htm

Looks like the pic of the generator vehicle had some sort of explanations. I see black lines pointing to the louvers and wheel. (Looking closer , it might be a motorcycle’s. The hole for the axle is kinda big for a bike.)

Agree. I’ve tried to find an uncropped version of this picture to no avail

I am going to make a comment here but it is just an opinion not based on any known historical reference.

Making black dyed leather is somewhat cheaper and easier than brown with no grain matching being required. I would hazard a guess that the higher echelon “Cabriolet” style command cars had the finer looking red/brown leather whereas the rougher boxy field cars had black leather (at least until the seats were all changed over to canvas.)

Here is a Ford/Horch Heavy Field Car that has been nicely restored. Even as well done as it is we cannot safely use it as any sort of definitive reference.

However my vote is that this restoration is probably right on the money! 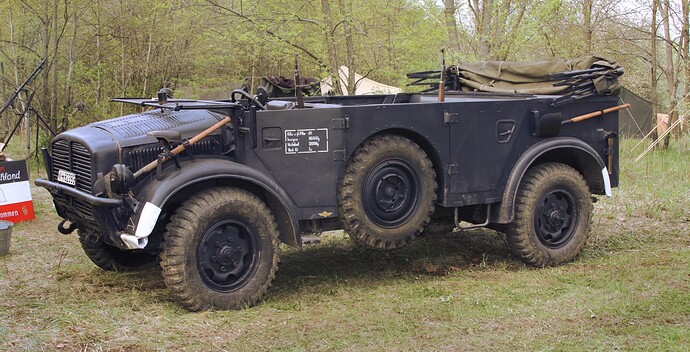 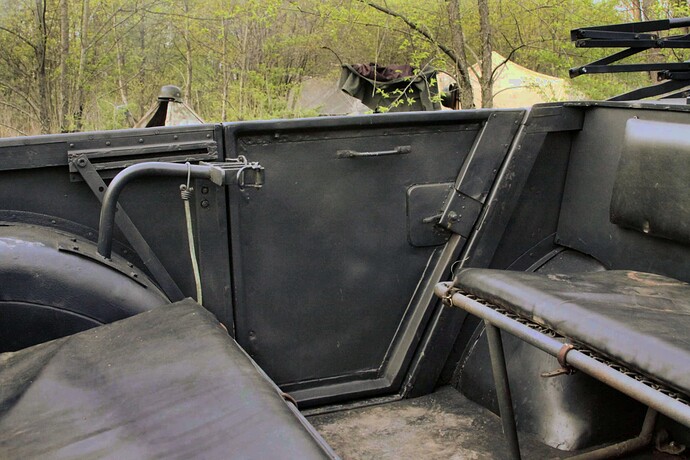 Good point on the leather. I do try not to use restored vehicles as reference. You are at the mercy of others research … and wallets. Great example being the 57 Chevy Belair Blue camo on a restored Matilda, that Tamiya thought was handed down under a burning bush … and 60+ years later is still screwing up model builders. Or the Military Assistance Sherman that was kicked from surplus in the late 80s and been upgrades 5 times that is used as a battle of the bulge memorial…