Anybody have the decals for Tamiya 35305 (Steyr 1500A) ? Looking for the Sonderskommando Dora ones. Ones for Tamiya’s wolkenkuckucksland scheme , “90th Light Div. Kampfgruppe Von der Heydte” (Kit #35225) will work. (Hood marking is Sk Dora’s , but in black. Other kit’s are red. With Tamiya’s track record on this kit who knows which is right. Actual photos are in b&w, so ???)

Hi, do you mean the set with the scorpion? I have it. You may send me an email to jlreyes19 at gmail dot com with your address and I will be glad to send it

Got the decals today. Already used them on my WIP. Thanks gain. 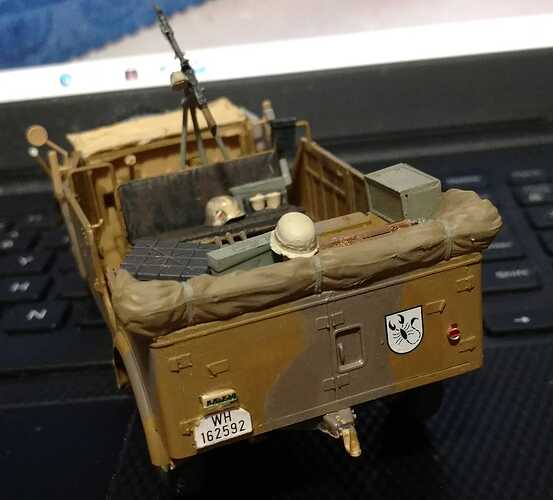 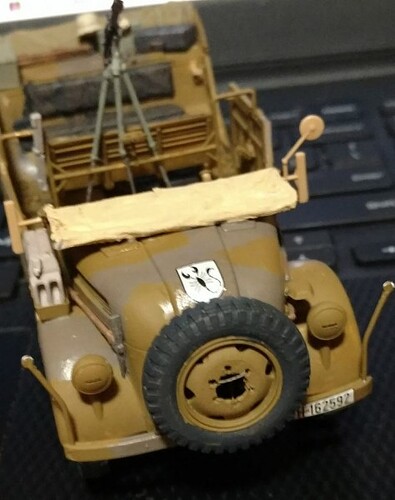 Interesting perhaps how both protagonists used the scorpion as their emblem ie the LRDG.

Getting there. At a stand still waiting for some paints.

As I understand it Sonderskommando Dora was more scientific than LRDG/SAS. Primary task was geological / climatic survey of south Libya, Chad area, map out possible routes for armor, water holes, types of terrain. Did do some recce on the Free French in Chad. (had a couple brushes with them. ) The Commonwealth blokes were way more militant, shooting/ blowing things up. Their recce was closer to being tactical. They did study weather and terrain types and the likes, but that was almost by accident. And Dora was only active for about 9 months (?)