Straight from France... it's Homer Simpson! Wait... what?

It’s no secret that I’m a fan of weird model kits and replicas. From four-door Corvettes to oddball float planes and all things in between, I tend to have a soft spot for the unconventional. Of course, that doesn’t mean that I don’t like things that are a bit more well-known. I also like figure kits, primarily from animes, but I rarely have a chance to get them due to their relatively high cost.

Surely one of the most well-known and recognizable animated characters of all time, however, is not from an anime. Homer Simpson, the rather dim-witted and corpulent “third cousin twice removed” of more conventional TV father figures, has been making the world laugh (and shake their collective heads) for decades now. So, when my sister-in-law, who is a big Simpsons fan, ran into the Heller Homer Simpson on a local hobby shop run a few years ago, I was blown away. Not only was there a kit of Homer, it was French!

I thought it was high time to take a look at this rather strange bit of Springfield-alia (?) and share this oddity with the rest of the modelling world. After all, while Homer is famous, this kit doesn’t seem to be, and that makes it all the cooler in my eyes!

When you say the term “TV Dad”, there are all kinds of images that pop into people’s heads. From Mr. Brady of the “bunch” to Mr. Huxtable on one end, and from Al Bundy to Peter Griffin on the other…

For some reason gray-scale Homer reminds me of ‘Rocky Horror’-era Tim Curry.

Very entertaining review! The parts for the head are very weird!

The old model shop in my home town (sadly long closed down) used to get these in. They did a skateboarding Bart too. Never did see the rest of the family, so I have no idea if Heller did the rest of the clan. I haven’t seen, or even thought of this kit in years.
All the time I was far more interested in my aircraft, armour and saving up for the occasional AMT Star Trek or Star Wars kit, so never did get one. A shame as I think it would have been a fun build looking at it.

Interesting. I think the decal guy had too much Duff himself? Those aiming circles look less then perfect.

Yes they did Bart, but no others: 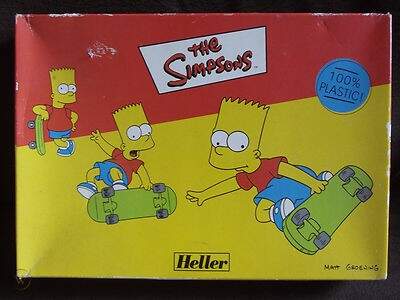 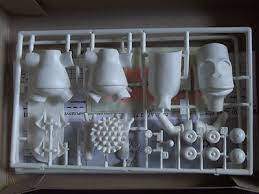 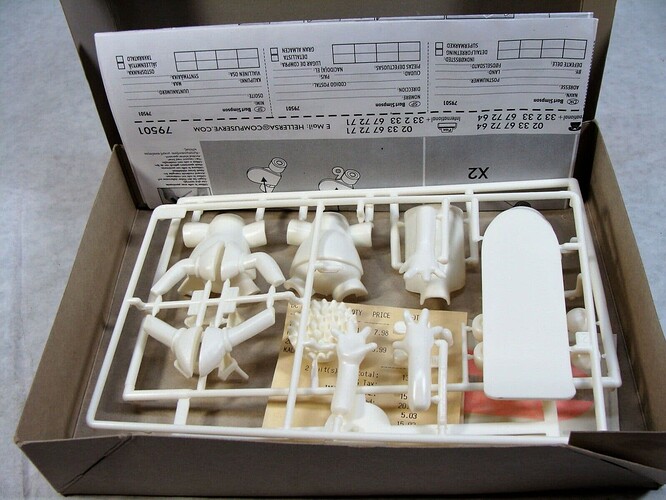 Yeah that’s the one.
Those head parts are a bit disturbing. Not sure what they were thinking with the moulded on pupils in the eyes!

Kind of terrifying. Like the Easter Island heads learnt to skateboard.

Yes, that’s a creepy and excellent way to put it.

What is with the ‘boob eyes’, though. Seriously, Heller, I gotta wonder about you sometimes…