AFV Club just posted an image of their upcoming release, a new Stryker variant in 1/35 scale. 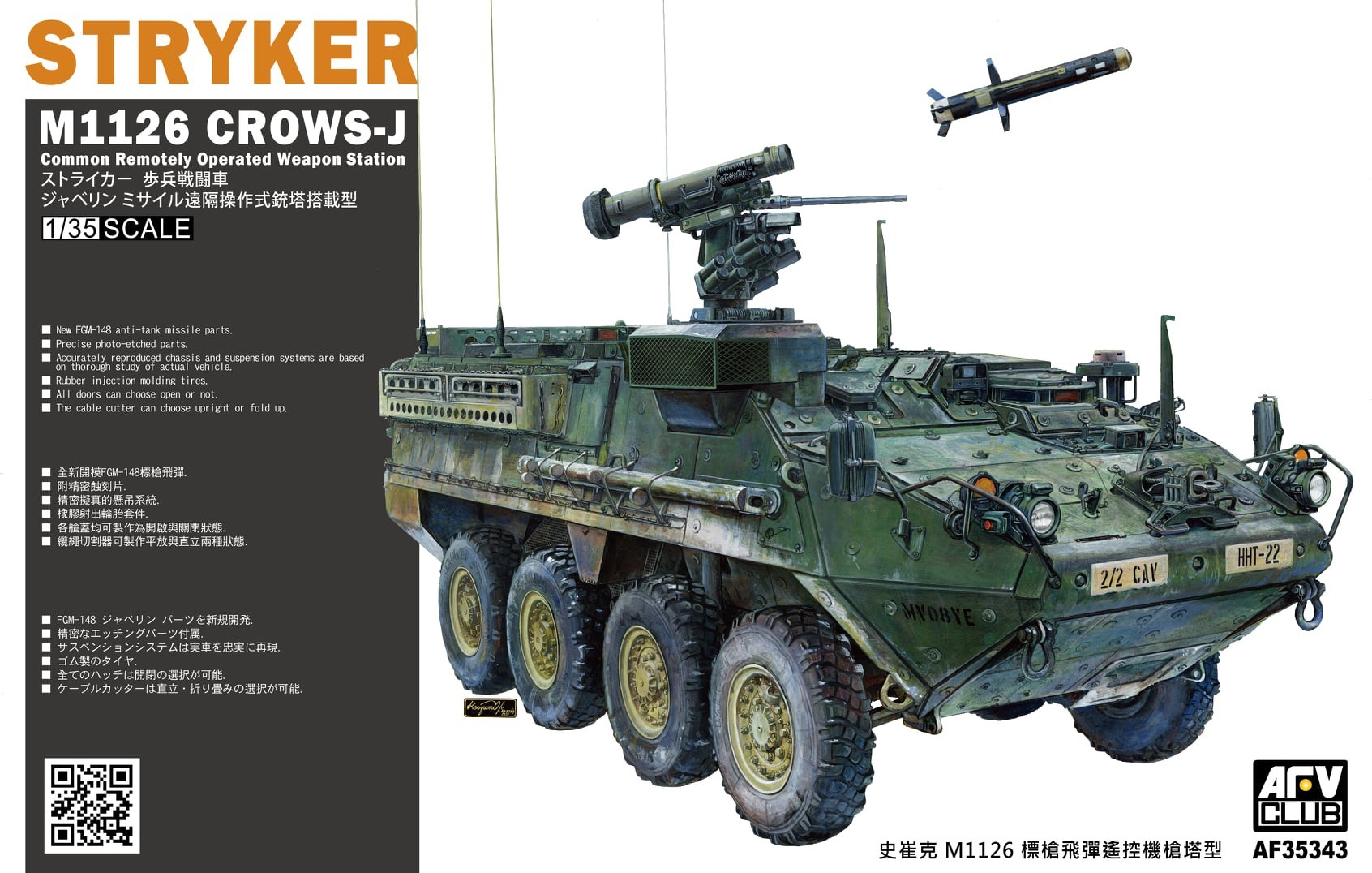 This is partial text from the full article (usually with photos) at https://armorama.com/news/stryker-m1126-crows-j-announced
2 Likes
Javelin from AFV CLub | Armorama™
Uncle-Heavy November 8, 2021, 9:35am #2

Can’t have too many 8-wheelers

I think I have caught your disease Robin

I am sure your campaign hasn’t helped.

Yeah thats true enough lol … I will keep scouring evil bay hoping for a sneaky deal on a MAZ or HEMTT …I have the LAV III, LAV AD and the Pantsir S1 so a few more wont hurt

I seem to have come down with this affliction as well. I have 3 Strykers, but my ailment is BART (Big Ass Russian Things) and I have 3 massive Russian 8 wheelers in the stash and 1 on the bench.

It´s an early incarnation of the ICV-J todays trucks have the prominent stowage boxes on the roof. At least they included the DEK parts, BFT and stowage basket. Luckily, I haven´t placed my order at Blast Models.
If they use the BFT of the M1296 kit, then its wrong. BFT mounts on M1126 ICV-J look different. The kits designation is also wrong. Strykers have the M151 Protector RWS attached, not CROWS.

I kind of have to agree…why didn’t AFV-Club just sell the CROWS-J Remote Weapons Station instead of making a new Stryker kit? I’d rather see a Stryker kit with MCWS 30mm turret. 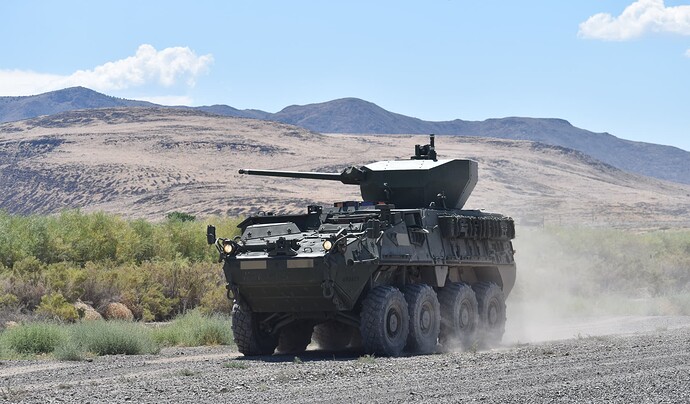 Business strategy.
Sell the whole kit first and harvest the cash from those who really need it, even if they only want the turret.
Sell the CROWS-J as a separate boxing later, when the sales of the complete kit is declining. The buyers of the separate boxing will be those who are reluctant to part with the cash for the whole kit,
maybe they already have a Stryker waiting for a purpose or they need only the turret for some other chassis.

Selling the separate boxing first will reduce the market for the complete kit.

Others sell parts of the complete kit first. Miniart sold the T-34 running gear before releasing the complete kit. They assumed that the markets for running gear and the market for the complete kit wasn’t overlapping AND they could start getting return on investment before releasing the whole kit.
They made the assumption that the interest for their complete T-34 would still be there. “Let the modelers “pimp” their Dragon and Tamiya T-34’s before we sell our T-34 kits to them.”
Letting the market know that a new T-34 was about to arrive possibly also made some buyers wait instead of paying for a Dragon kit.

Marketing is an art in itself.

Car manufacturers sell the premium versions first and then gradually peel off the bling until they have something for the cheaper market segment.

I would love to make the full series but space doesn’t allow but I do have three to make so they will have to do .I

For those of you who like BART, or just like it rough, try this on for size… 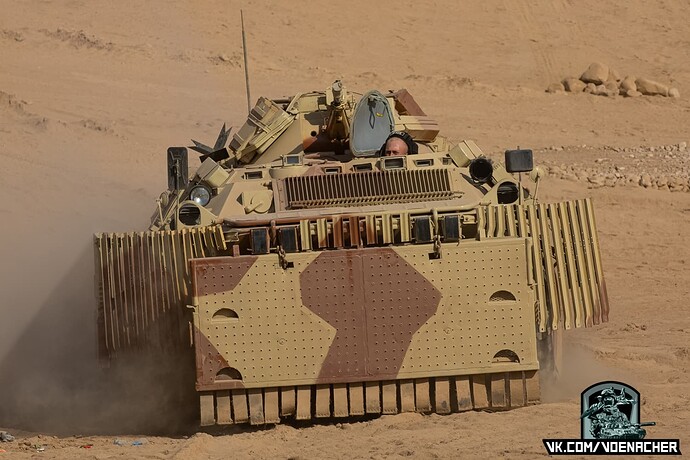 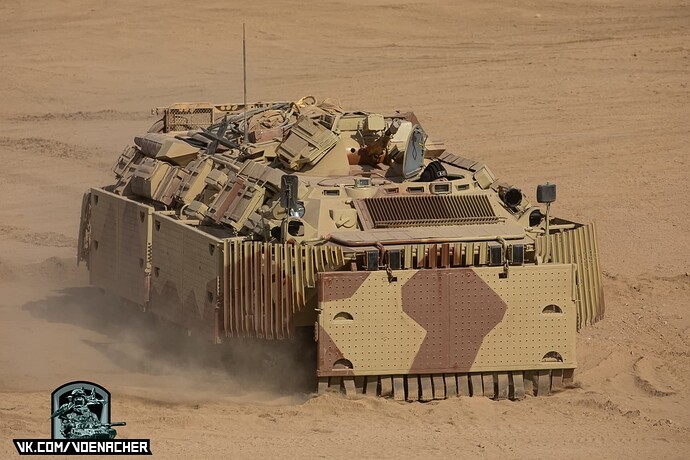 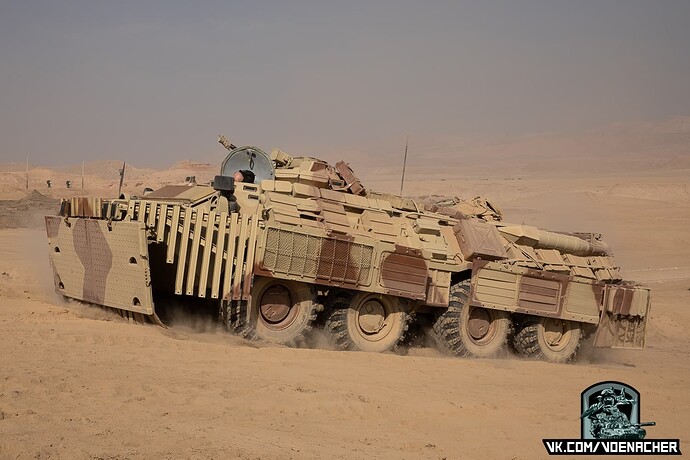 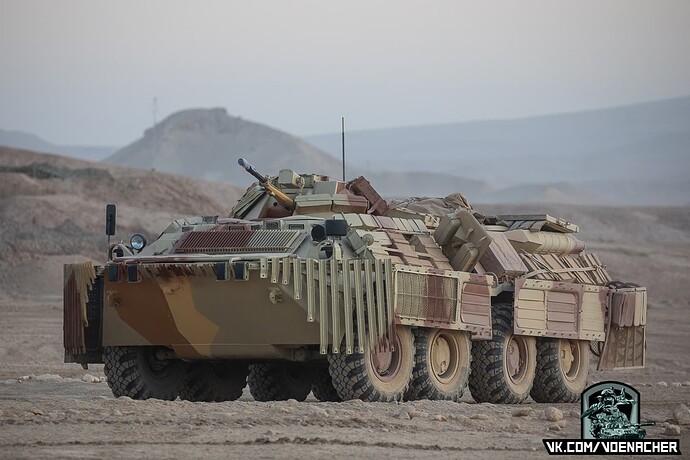 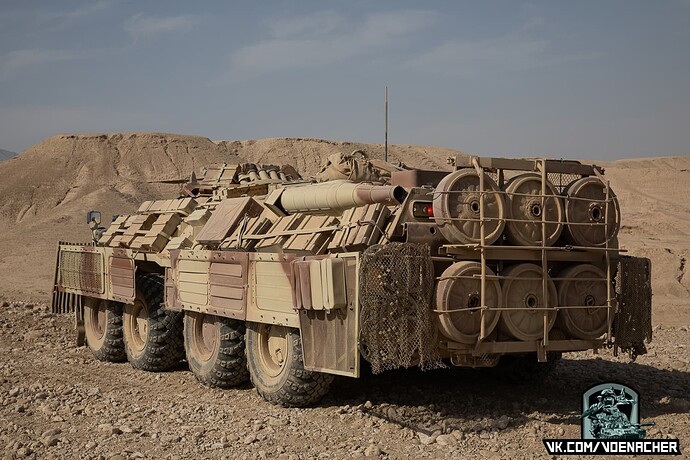 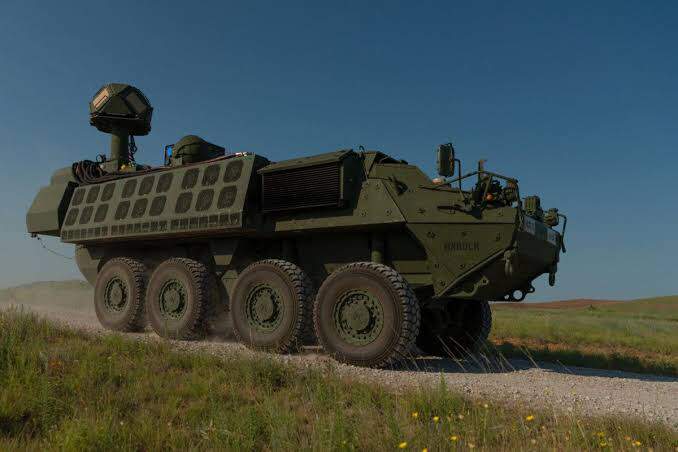 Wow, this is a surprise! Another one to check off from many folks’ wish lists!
Bring them on, AFV Club!

Another photo of the Stryker laser AFV. Photo from Popular Science.