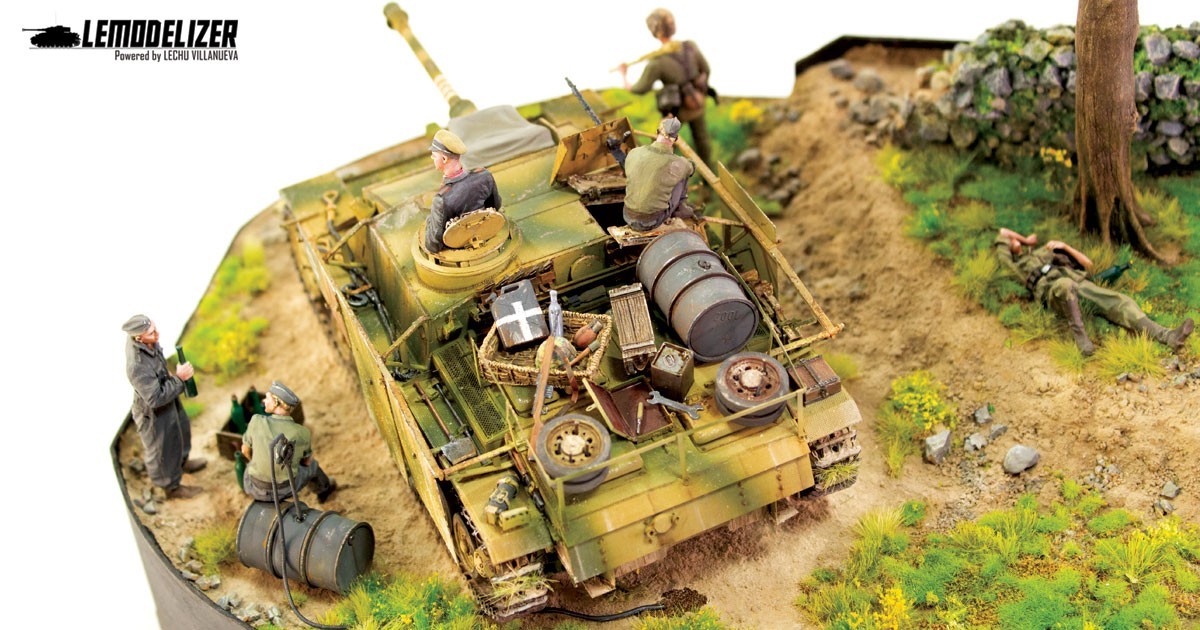 Nicely done! I really liked the gun mantlet cover and wanted to know if you made that or who provided it as it is really sharp. Less so on the loose stuff on the engine deck; I get it that everyone wants to put something on there but unless the tank is completely immobile you’ll be quickly losing your wrench, water can, unsecured fuel drum, hand grenade (!), etc. In short: everything on the engine deck will move all over the place. In the same way I shake my head when I see crates of main gun ammo lying open on the deck; it is kind of hot back there and while it (probably) won’t effect the rounds I’d rather not play that game, and yes, they’ll also fall off once the tank starts rolling. I also doubt that any tank commander would be chill enough to allow duty personnel to drink to excess and not expect to be issued a “new one”. As in butt after the a**kicking he’d receive. Odd how discipline works that way in a professional army.