Found this on Youtube posted by the Oz Armour and Artillery Museum. They have a Stug III G that according to the video was destroyed by it’s crew to stop it falling into the hands of the Soviet forces.
The museum is restoring it back to running order and posts a new video each week showing the work they are doing, they estimate it will take 18 months to complete. Worth watching if you’re a Stug III fan, a fan of engineering or a fan of German armour. 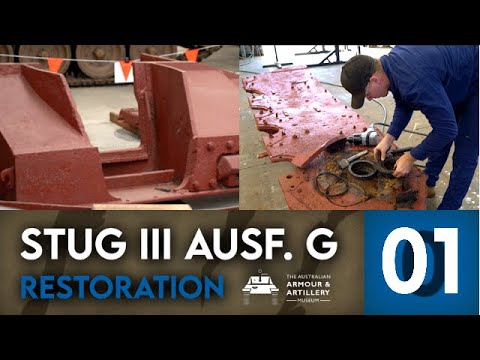 They are also rebuilding a Jagdpanther and an Goliath.

Yes I’ve seen them on their channel but not watched any of those yet. I’m not much of an armour modeller but after watching these I think a Stug III could be on the bench soon.