Did the Russians copy the F-22? They copy everything USA does. 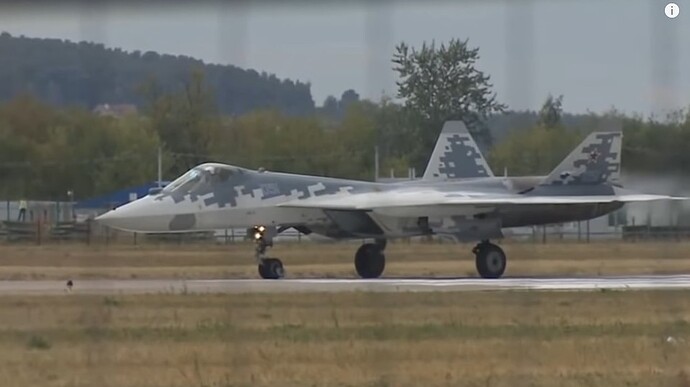 More than likely the F-22 was a major influence. You have to look at it from their perspective. The arrival of the F-22 was a serious threat and there was nothing to contend with it. The previous attempt, the Mig-1.44 failed to meet expectations and was years behind schedule. And not completely stealth either. The quick and easy way to get something in service was to simply go with the same proven shape.
Although I think they also copied Ikea’s assembly methods. 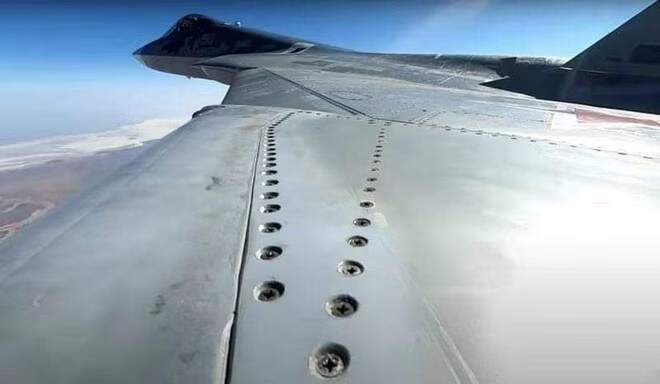 At least they actually built something real and got it flying. Unlike Iran’s claims to a stealth fighter!

After NASA designed the Space Shuttle Russia had to have the same exact thing so they built their own shuttle (don’t know how many times they used it though).

Ah yes, I’d forgotten about that one. It does share a lot of features. Especially the tail.

(don’t know how many times they used it though).

I was always impressed by the similarities of the (failed) Northrop YA-9 contender and what became the Su 25 Frogfoot; the KGB must have upped their game on that one surely?

I also heard that industrial espionage also took place re copying the Chieftain’s engine (up to a point I believe - I’m no engineer) and adopting a similar design into the T-64. Be careful what one wishes for perhaps!

I don’t know how true this is, but I do remember a similar story with Concorde. When they found out that the KGB were sniffing around, plans with deliberate errors in the centre of gravity were left lying around for them to find. And that was why the Tu-144 had those retractable canards to solve the problem.
I’d like to believe it, but it could just be a Cold War yarn.

Well, if so it’s still a bloody good one. After all, I recall a concept published in, I think, a 1960s/70s RAF Yearbook - of all things - depicting an armed Concorde with 3 x Blue Steels - so the potential of a weaponised Concorde equivalent perhaps, would have been quite attractive to the Soviet Union I imagine.

As a modelling aside, I have amassed all that I require to make such a beast - nuclear armed Concorde that is - in 1:144. Start date, let alone completion date? I have no idea.

There are a lot of occurrences of this happening or at least in my opinion seeming to happen. A couple examples:

I’ve had the same idea for quite a while. Was thinking of a bomber and another as an RAF VIP transport. I’ve seen the recent old Airfix one going cheap that might be a good one to do. I want the BOAC decals to use on a Moebius Space Clipper I’ve had a while.

It’s bizarre isn’t it (this hobby I mean) - I’m normally an armoured modeller and hardly ever stray from that, but that image stayed with me over the years; in the meantime, I actually tracked it down:

I hope that if you do procure the venerable Airfix one, that the decals are still viable(!)

'Just thought: apologies for a bit of a thread hijack.

That’s the one I’ve seen around. It is an exciting looking thing!

Airfix reissued it last year in the original BOAC colours. So no worries about the decals.

Not to forget the JAK-38, which has quite some similarities to the Harrier.

Did the Russians copy the F-22?

nothing in common, except that both aircraft are built according to the stealth scheme with two engines

They copy everything USA does.

They copy everything USSR does

aerodynamics and the laws of physics, they are common to all

mig-15 still, not 17
You can start with the fact that these are extremely different machines. Created at the same time, with a similar level of knowledge in aerodynamics. Both are built partly on German developments

They copy everything USSR does

Well, I highly doubt that as history told us… it’s 90% vice versa.

Similar outline shape and of course there is copy here and there as everyone learn from each other, but not a direct copy. There are differences on a closer look. Almost all twin engine jet fighter will have the 2 intakes under the wings, it is just most efficient design because they line up with the engine.

?? Both flew for the first time in 1947, so designs were made at the same moment, not much time to copy

the Mig 15 was built around the Rolls Royce Nene engine, donated by Rolls Royce and copied by Klimov.