Suyata 1:48 Panther A, because Nostalgia

Way back in the late 70’s, I received, as a gift from a neighbor, My first model kit. A bandai 1:48 Panther. I was about eight.

It was awesome. I had tube cement (probably humbrol) , four tins of glossy (also Humbrol) enamel paint and a brush. oh. and a stanley knife. This tiny joyous bundle of plastic sprues had loads of bits and even a full interior. The Glue was stringy. The paint was kinda stinky. An addiction was born.

Frustrated with the way the interior was going to be all sealed up and invisible inside, and with a fascination with cut-away models seen at museums, I set about sectioning my model, just like a real one. I have a stanly knife. What could possibly go wrong?

I have a large and impressive scar on the inside of my right forefinger that reaches from about halfway between the first and second joints and ends just past the third. I was the kind of thing only Mum hugs could properly fix.

Anyhoo, this kit was re-released about twenty years later, but I didn’t have the where-with-all to purchase it at that point, so missed out. Every now and then I’ll trawl about the interwebs with a vague though of picking one up, but they’re always way too expensive for what I fear may be a slightly disappointing nostalgia trip. (one should never meet their heroes…)

Then Suyata announced their kit. 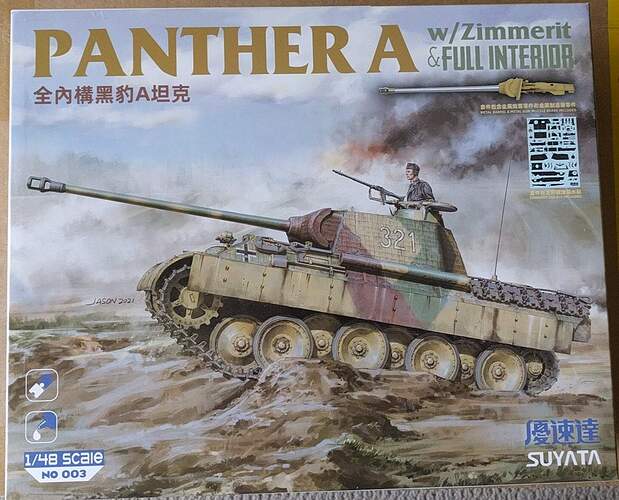 It’s even got decals for that nifty bumpy stuff I tried to replicate with plasticene on a Tamiya Tiger 1 a few years later. Metal Gun barrel too.

Detail looks excellent. Not Quite up to many of the current run of 1:35 panthers with interiors, but pretty nice. Some thing are a little simplified, but nothing I can’t live with. The hull tub is, however, positively festooned with ejector pin marks. Now, assuming you are going to build this kit as intended (lol) all of these offending marks will be pretty much invisible when finished. A quick check through the instructions and a test fit of the larger parts of the lower interior confirms this. Maybe the one nearest the turret basket hole could use some attention. The forward most ones on the sponsons, definitely. Nothing terribly difficult though. 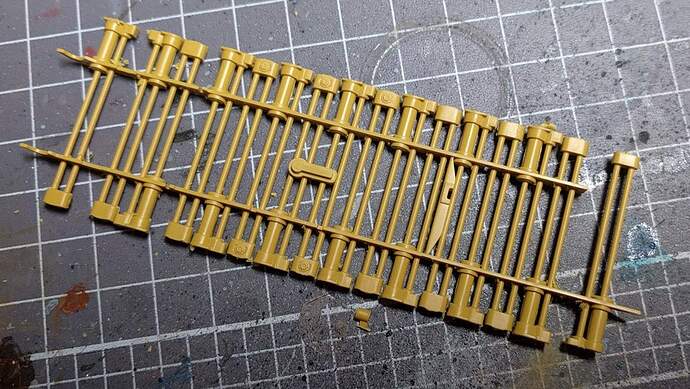 The Story so far: (first six pieces, and some paint) 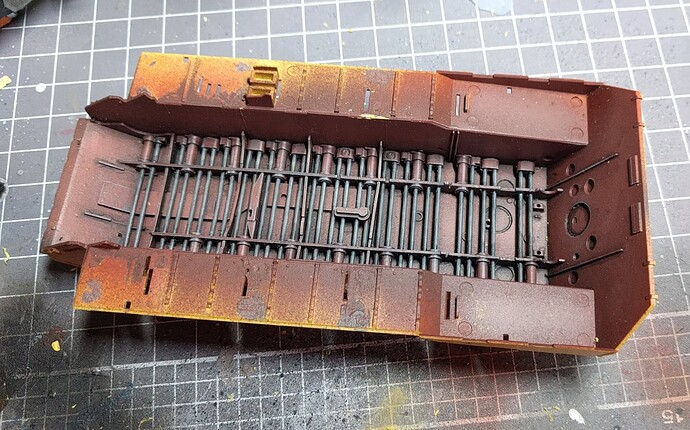 You’ll cut your eye out, kid.

There's a reason replacement blade knives are often called a Stanley Knife, and it's because of this indestructible knife, instantly recognisable knife.

My modeling buddy is also building this Panther A with the Strabokran. He’s really PO’d about the amount of clean-up on every part! (And there are lots of parts!)

That does look a lot better than the old Bandai kit! I have the Bandai in my stash, I’ll see if it comes out half as good as yours.
Ken

Yes! that’s the one. Mine had more drippy red stuff on it though.

As for the amount of clean-up required, I have to agree it’s not molded as cleanly as some. I’m constantly checking ahead to see if the flash will even be visible before getting too enthusiastic with a file. There are a lot of ejector pin marks that will be covered by things like ammunition racks and the like. 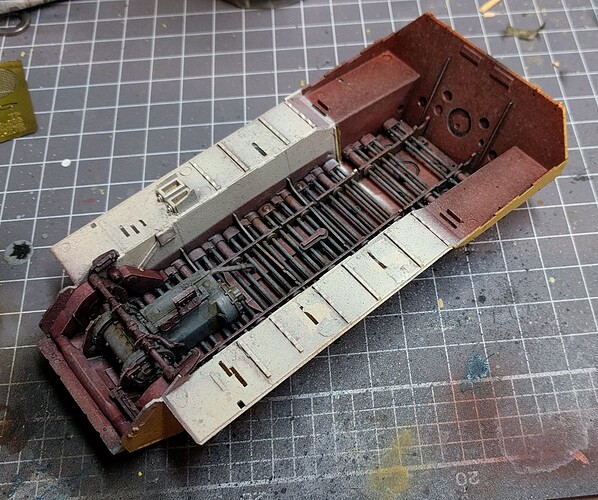 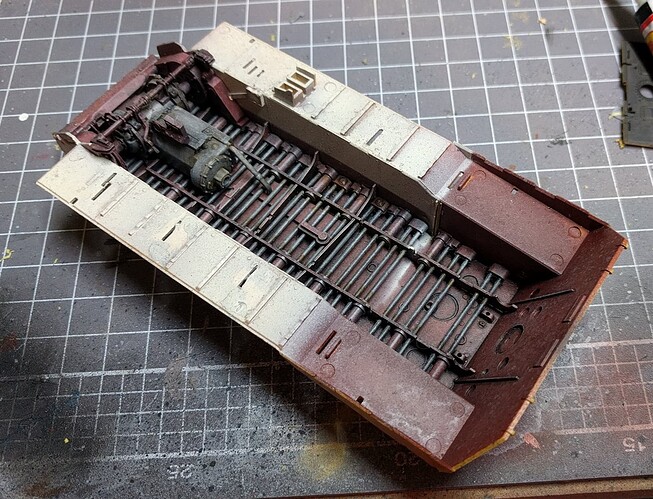 tops of the sponsons are pretty messy, most of that will be covered. 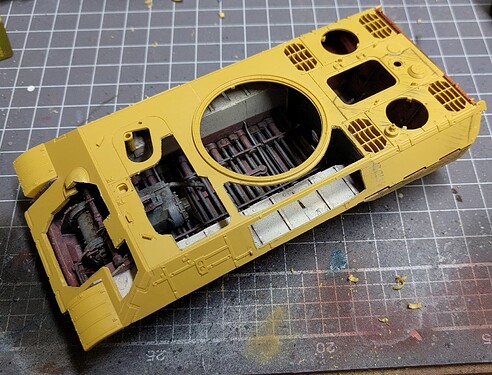 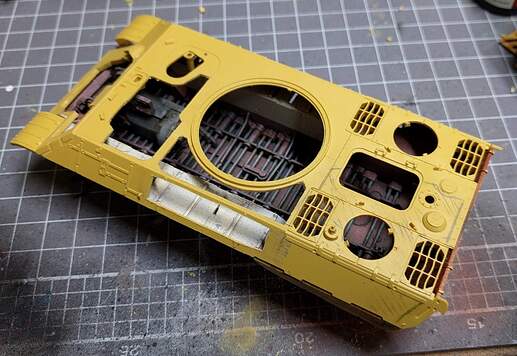 How did you make such clean cuts?

Mostly just a sharp knife and a file. I drilled the corners first. They still need a little adjustment.

Craig,
EXCELLENT job so far, I just received mine last week so I follow your build with interest
so as to pick up any tips for when I get to build mine.
Again, great job you are doing!
Cheers,