My Strv 121, based on Mengs 1/35 Leopard 2A4 and a Perfect Scale conversion kit. Figures… don´t remember… Marketed as “Swedish AFV crew” but they lack a lot of details commonly found on Swedish AFV uniforms. But they still look ok. Pictures posted before in the old forum under the Leo 2 Campaign run by @BlackWidow. I have added som more dust to the tracks after the picture was taken.

Thanks for watching. Regards Freddy 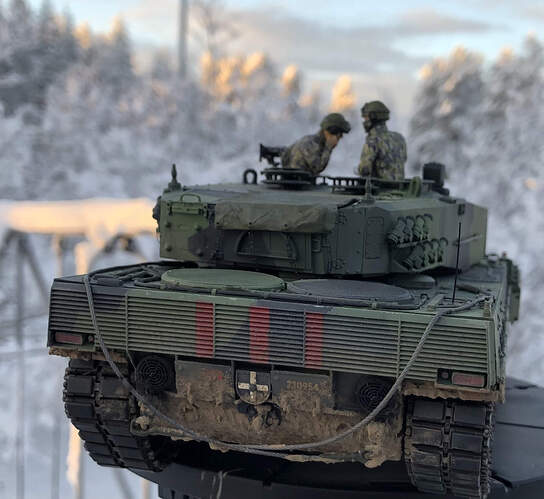 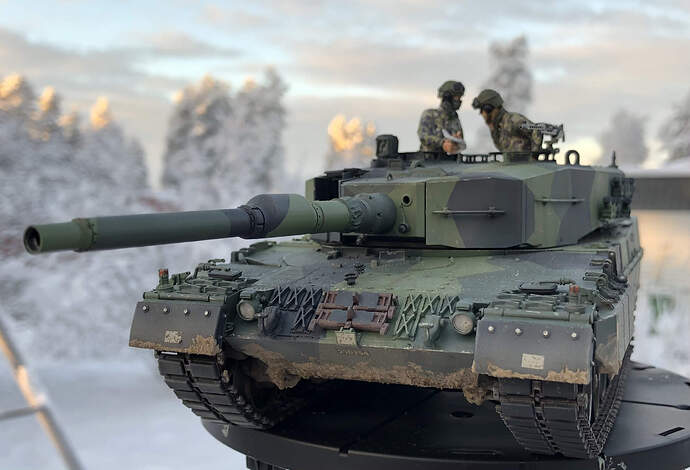 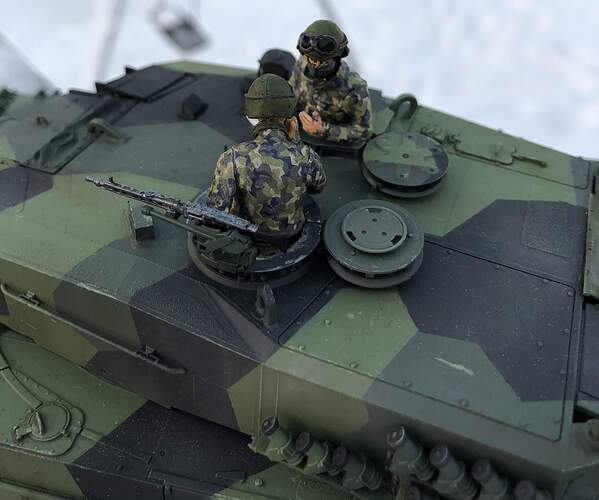 Edit: pictures taken outside to get a more natural light. Not intended to show a tank in winter environment.

Nice sharp camo. Don’t really know what the crew uniforms should look like but the figures look the part.

As I said before, great finish, Freddy! If you take the turntable aways it looks like an original Strv 121 in the snow in the high north. I like how you painted the crews uniforms. Well done!

Thanks Torsten! But I shall take no credit for painting the uniforms, it´s Crossdelta water decals

Beautiful camouflage of Swedish-straight pattern. I like it.
The actual outdoor light gives a natural impression to this great modeling.
Your attension also enough to tanker figures .

Splendid work, but the uniforms are just… bang, spot on!

But I shall take no credit for painting the uniforms, it´s Crossdelta water decals

Anyway you did a great job on the Leo and the crew. This is the first time I see the correct taillights on a model. I guess this is from the PSM conversion.

Thanks! Correct, from the PSM conversion kit! /Freddy

Thanks all! Some things that could have been done another way, but I guess that´s life! Quite happy with the over all outcome.

) and the summer-dusty dry-mud look of the Leo! It looks heavy and you really capture the feel of a Swedish Leo!