T28 Trojan, The North American Aviation T-28 Trojan is a radial-engine military trainer aircraft manufactured by North American Aviation and used by the United States Air Force and United States Navy beginning in the 1950s. Besides its use as a trainer, the T-28 was successfully employed as a counter-insurgency aircraft, primarily during the Vietnam War. It has continued in civilian use as an aerobatics and warbird performer. Superb build by Nguyễn Huy Khang 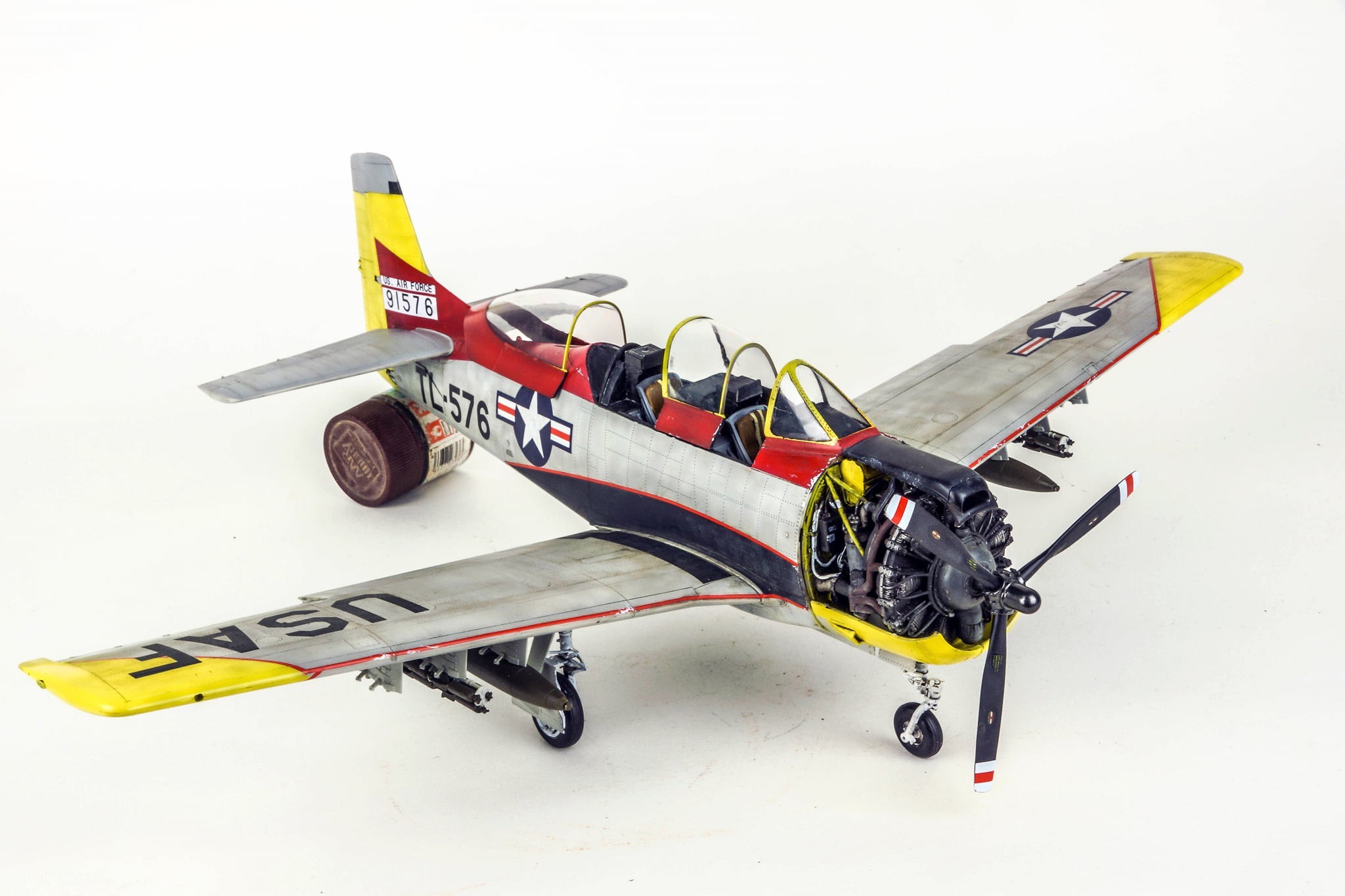 This is partial text from the full article (usually with photos) at https://aeroscale.net/news/t-28-trojan-by-nguyen-huy-khang