A Russian company MSD (same as Maquette or Market) developed 35 scale T-34/76 1940 and 1941 models dated back to 1990’s and they are still available on the market. The Eastern Expression and other eastern bloc brands use their models as well. Those are the only early welded type T-34s available on the market before DML’s kit, and probably in the future as well.

The dragon T-34/76 series are “second generation” T-34. Most of the parts are newly tooled. Compared to “first generation” T-34/85. Many details were added. It was an excellent kit and still considerably well in some aspects. Some details are still need to be improved. So I use Eduard photo etch set to improve that.

It is a relatively simple kit referring to the DML’s standard back in 2003. But It still took me 2 months from parts to finish. I presented this model at 2021 Austin, TX AMPS regional show (theme: Barbarossa) and got the silver award of intermediate group, the very first award I won ever! 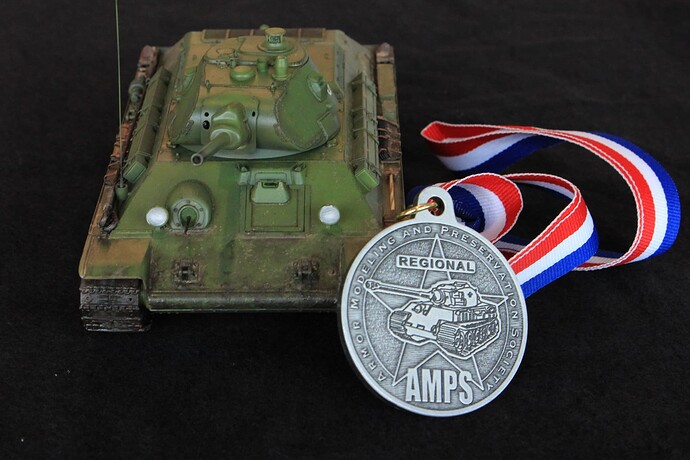 Congratulations. You should post more photos of the tank. I have that kit for a future 57mm build.

Congratulations on a fine looking build.

Since I want to build a T-34 for Barbarossa, the model 1940 and 1941 will be the only option. Dragon 6092 (1940 model) is the first “second-generation” T-34 from Dragon. There is no factory photo etch, metal barrel, brass wire, magic track link etc in the box. Dragon added those to later version and made it more expensive.

Dragon add some details to the lower hull, such as three bolts on each the suspension arm checking block, which is not seen on the first generation. But a very important feature: the curved plate to hammer the track pin back to the track link, is still missing. 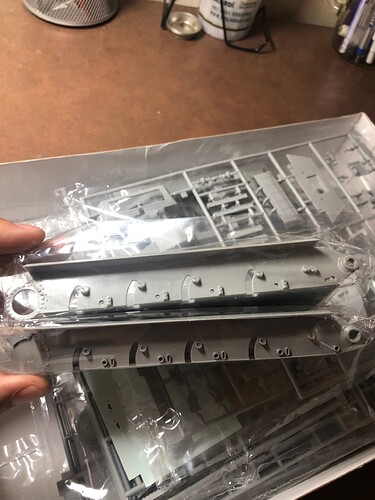 I compare the Dragon kit with 2020 Border T-34/76E kit. The details in Border kit is much more crisp. Note there is no curved plate near the drive sprocket.

Also, the christie suspension should not be identical. The Academy Kit represents this feature better than Dragon. 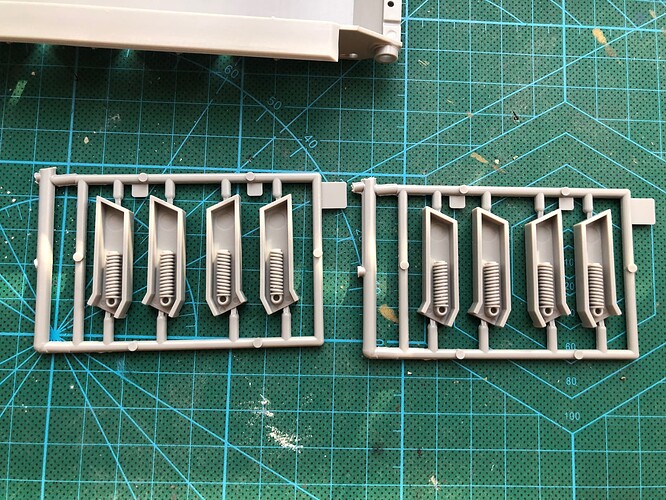 The model comes with limit interior, only a L-11 Gun with two seats. The Eduard offers PE parts for breach guard and brass collector. 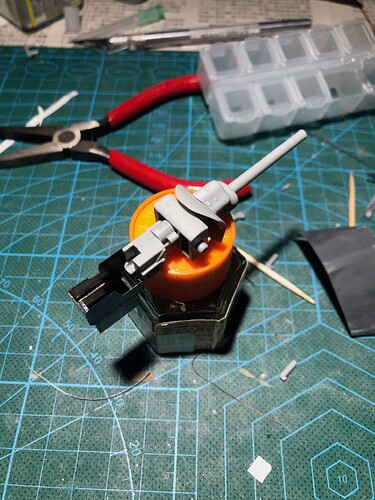 Although I painted but I decide to make it as closed-hatch so it won’t be seen. 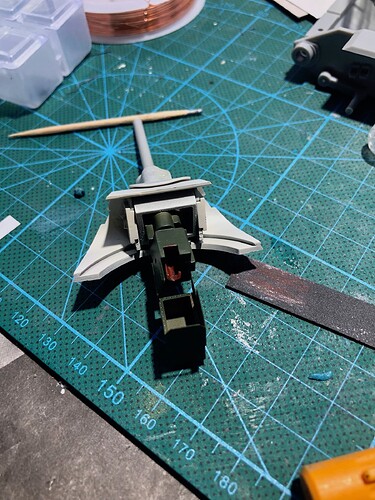 The 1940 version does not have alternatives for engine air cooling window. The Eduard’s PE can do that. For Dragon later models this part has been added to the kit. 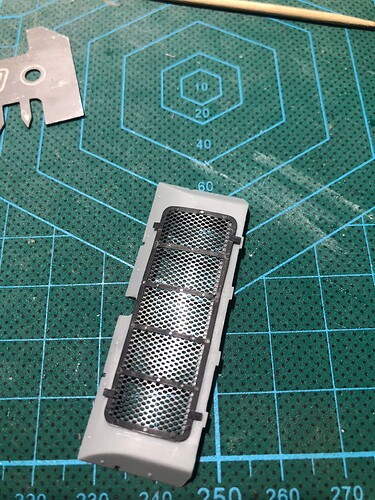 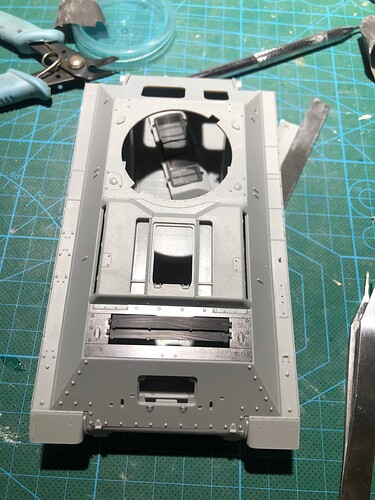 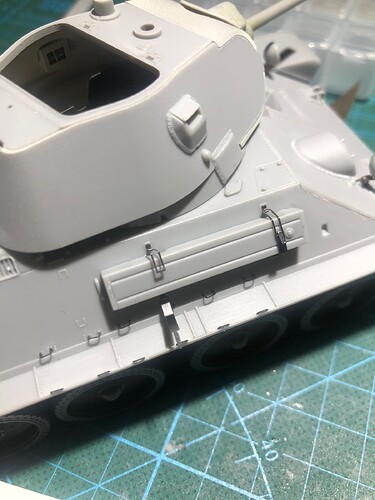 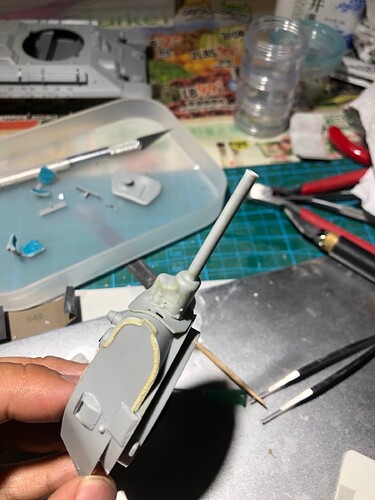 To start with, I use flat black on the spots with dark tone, and the corners, seam lines, and welding beads as well. 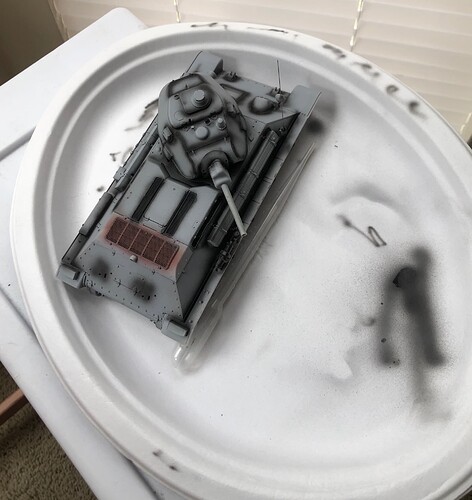 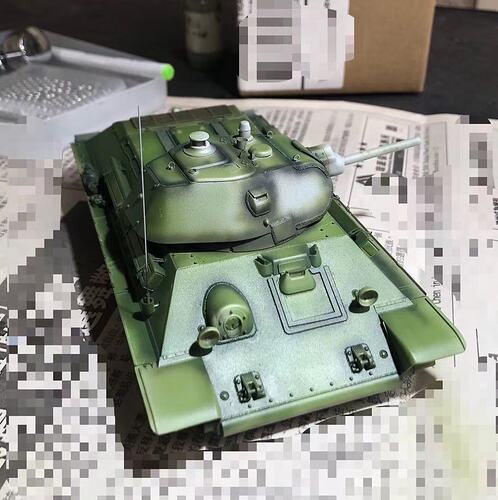 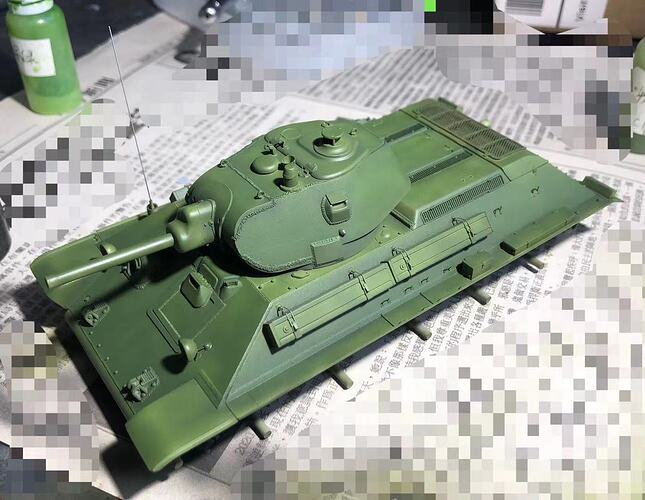 I use the blade to cut the shape of Russian slogan. and print it to the side of turret. 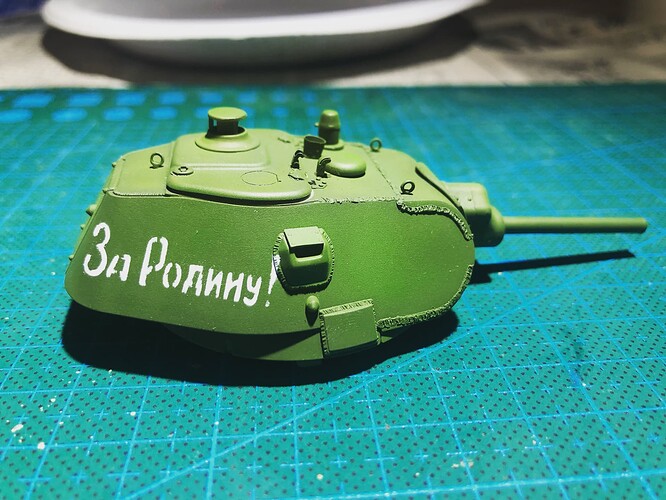 Then I add chip effects, filter effects and do pin wash.

I did not add heavy chipping or rust to the model, since the T-34/76 were really new to Red Army when Barbarossa broke out. Most of them were almost brand new and delivered to the red army within 6 months. Only elite troop received those tanks and they should be in mint condition, at least cosmetically. 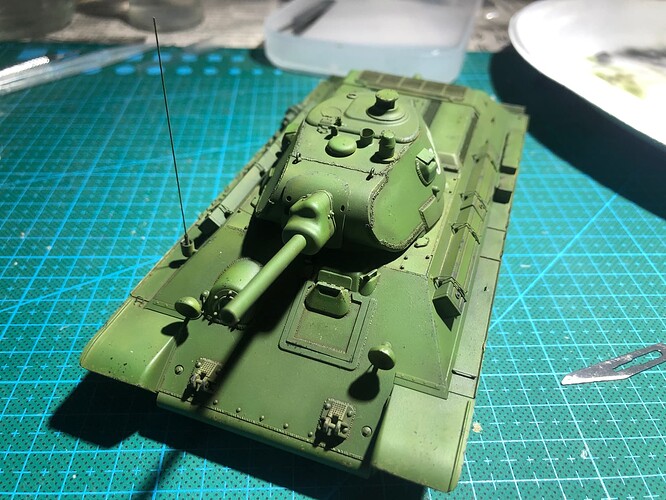 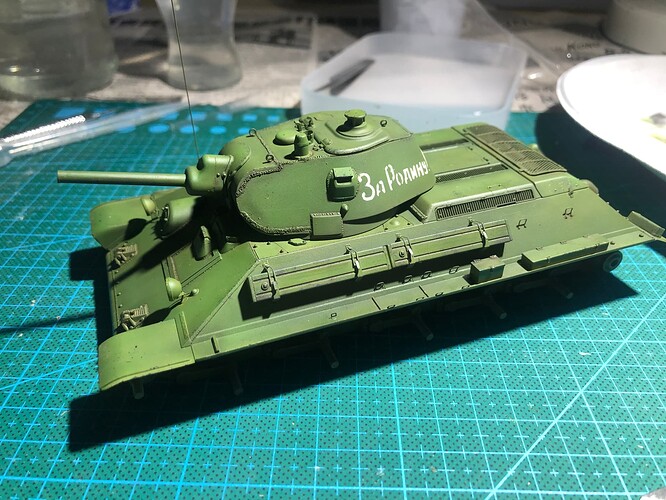 I also applied dot filtering technique to mimic the rainfall flow marks on the side of turret since the spring and summer are the raining season in the western Russian.

Forget to mention I did some DIYs on this model: The wires of both headlight and the antenna.

I also use oil paint mixed with enamel pigment fixer to make the oily grime. which is found around filler cap of auxiliary tanks. The fixer has a shinny effect. 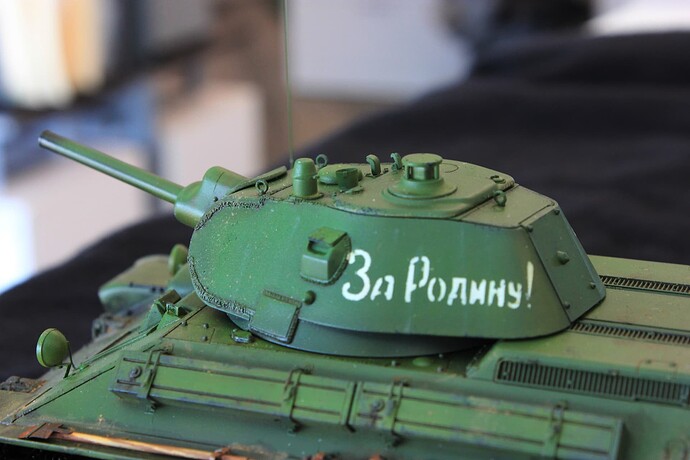 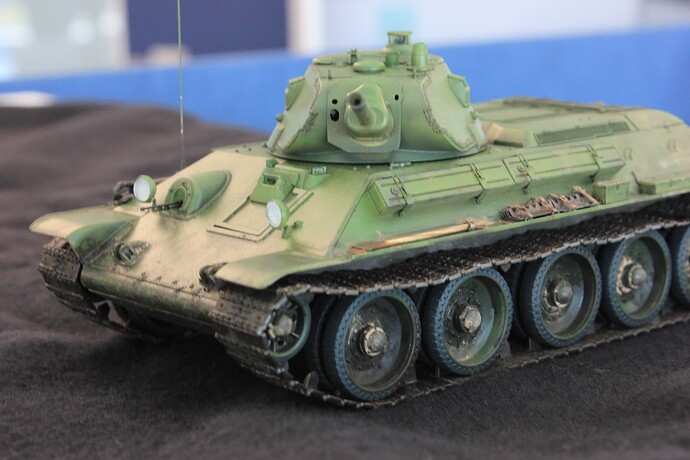 I want to put some rust effects on the bare steel surface such as shovel and track skid plates. But might be too much in this case. 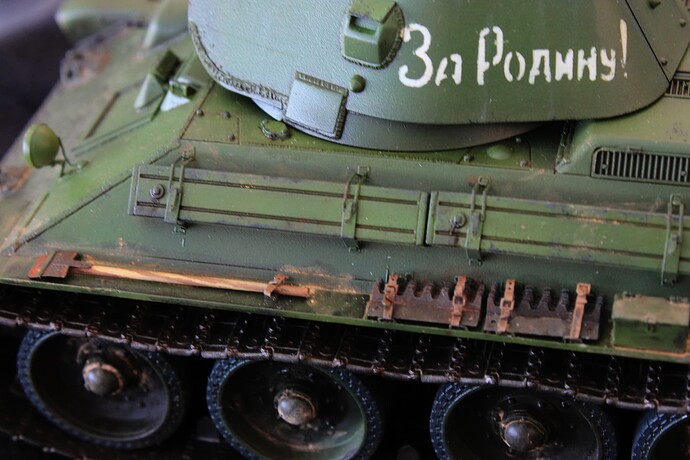 The cable is make with 10-mm steel cable. Very stiff. 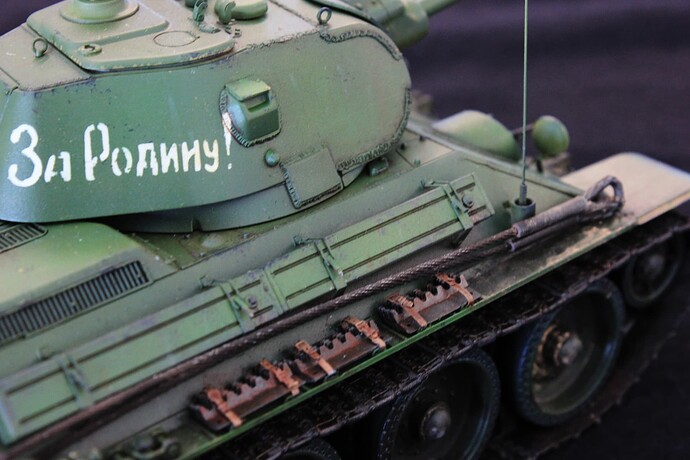 Other pictures of final results: 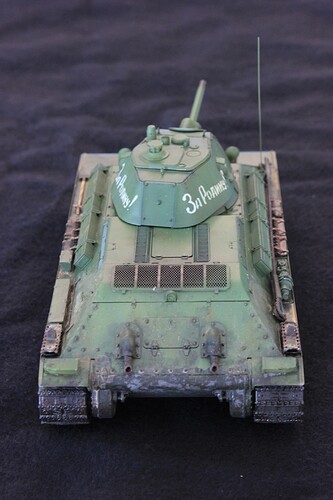 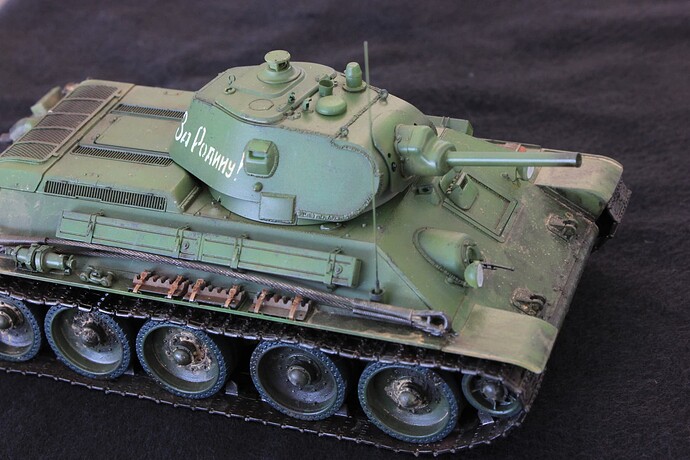 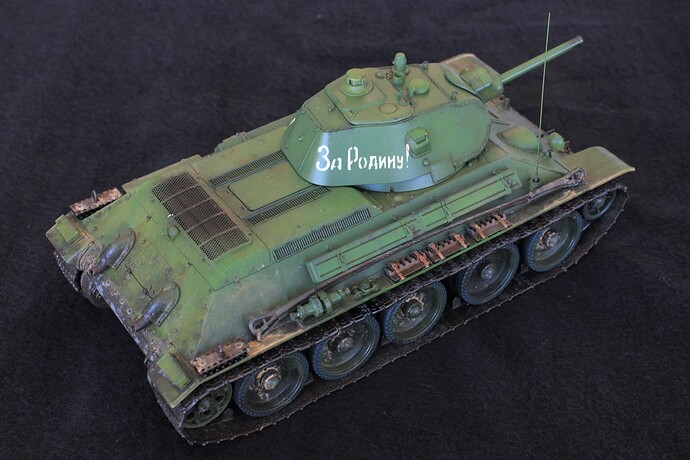 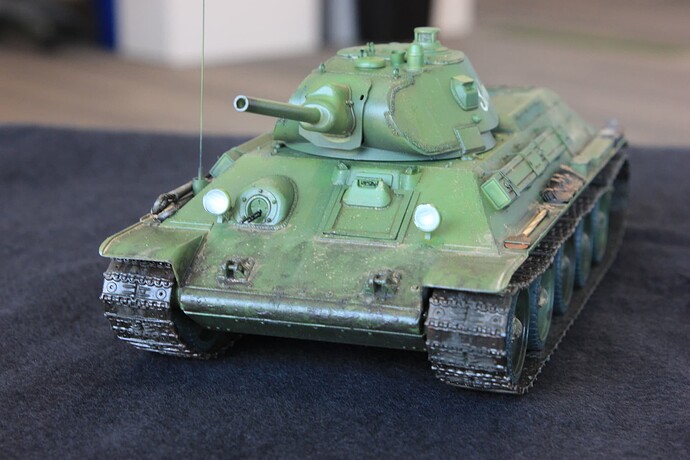 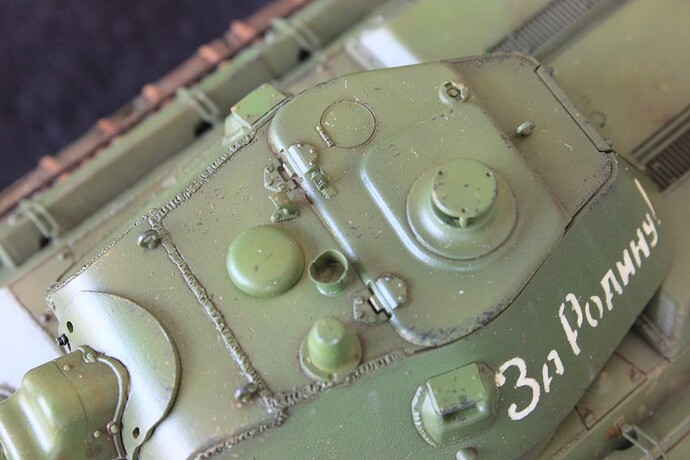 Welcome and thanks very much for any criticisms, suggestions and comments!