For a future project, I want to build a Border 1:35 T-34/76 (the “E” variant with add on armor) being inspected by a bunch of German soldiers (the Stalingrad set). 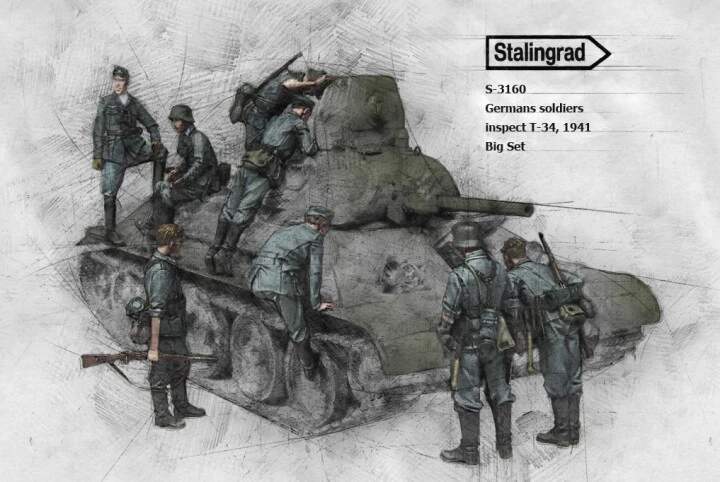 Because of the angles and visible lighting, for the T-34/85 campaign I was thinking of scratching something close sort like what Rob is doing here.

Will be following along when you do the project as I have two of the Border kits.

Thanks for your reply… The plastic kits you mention, are they separate, or part of the whole kit?
I’ve seen Robs’ handy work, but my Evergreenism is not that good

The plastic kits you mention, are they separate, or part of the whole kit?

Whole kits unfortunately. Maybe folks here have no use for the interior or check eBay for used/off loaded sprue. Would be nice if Miniart did a separate interior only kit.

And yes Rob’s work is good. I am hoping the poor lighting and bad angles hide where I would fall short.

If you can get the figures almost inside the hatches or blocking the view, hardly anything of the interior will be seen, I think painting it black should be enough…

I was affraid you’d say that… I have seen the resin kits ofcourse, they are either expensive ($79,- on ebay for Verlinden) or listed without a price (Tank Workshop)

Yeah, I thought it better to list the few options that are possible then try to figure out the cheap or other details because again the options are so few.

You can get AFV Club for about 50 euros, probably you should be able to use the interior on Border’s and still have the rest of the kit, that can be built or sold.

It is a option. If nothing turns up, I think I do a mock up with the supplied gun in situ and see how much will be visible…

The AFV club T-34/76 interior set on Sprue Brothers is $46 US. A pretty good price, sadly its out of stock for now. 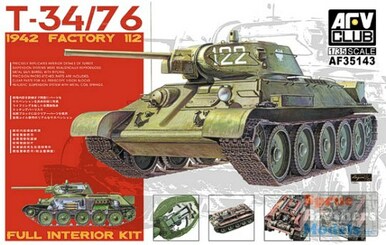 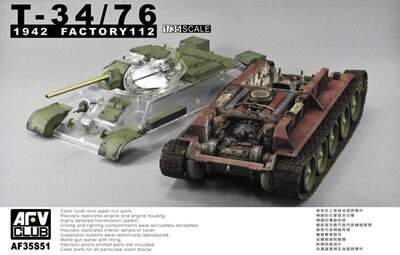 This seems a full kit?

Yes it is. However…you can use the interior in the Border kit and build the AFV kit without an interior. Seems like a reasonable trade off if you need an interior.

Okay… Thanks for the advice. I’ll see what I’ll do…