T-62 what if diorama WIP

I had built Tamiya’s old T-62 about a month ago and have now decided to add some figures to it. The inspiration comes from the ending of “Red Storm Rising” where reservist are being sent to the front with equipment that had been in storage for some years. I plan on adding a Brdm-1U that will be positioned next to the T-62. The crews/ soldiers will be exchanging some words back and forth as if confirming the OP order and getting ready to roll.
The base in the picture is just something i used to take pictures as of now! 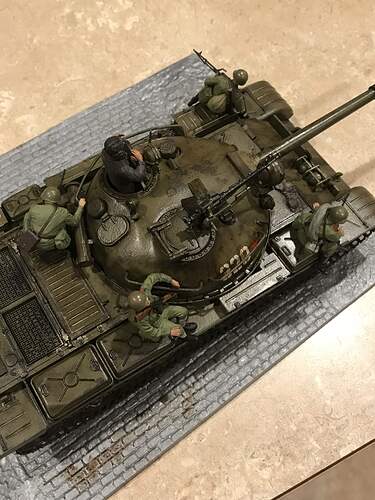 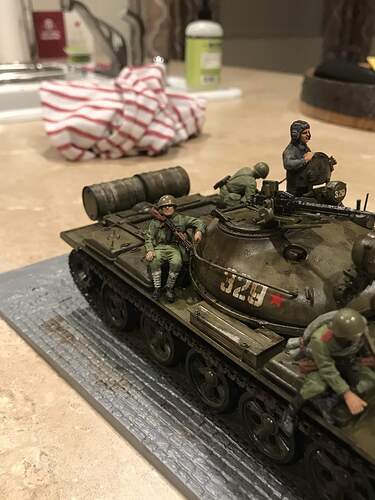 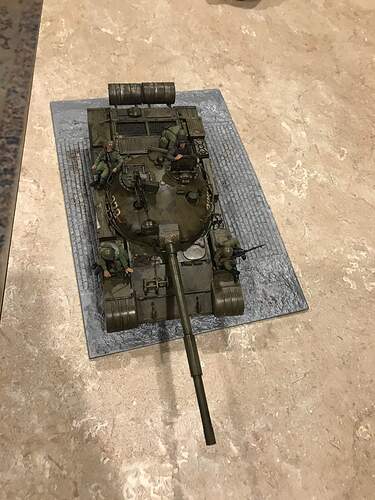 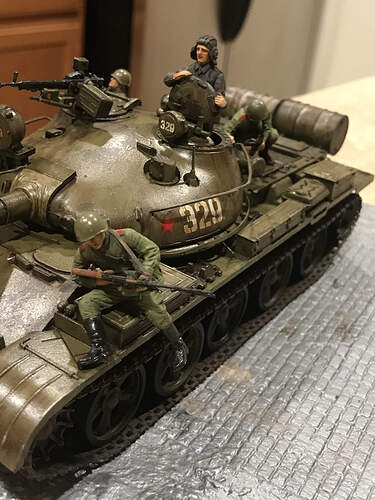 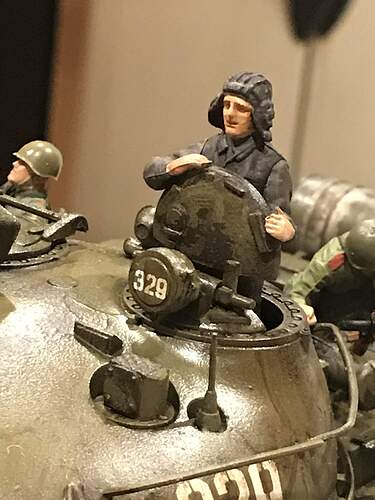 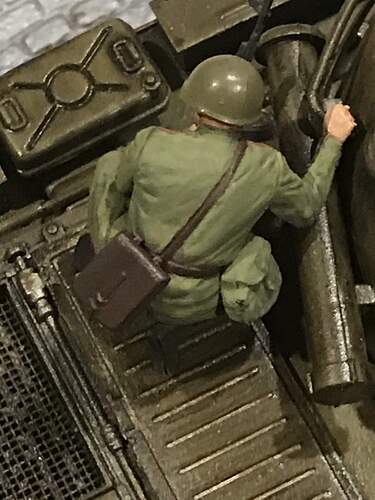 PS, I’m not sure if the figures will be in their locations forever, unfortunately they are for a T-34 and can fit in a few other places but there’s one or two spots i can put/ position the machine gunner on the driver side of the tank. 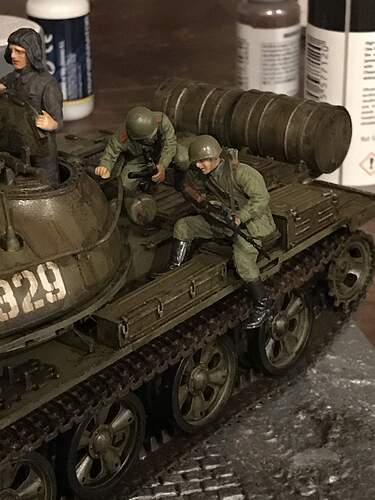 @smolensk Thank you for the recommendation. Currently I’m trying to work it where they are off to the side ready to roll. I’m going to add a brdm U to the scene as well. I forgot about the visors when i did the initial painting

Now theres a book that should of been made into a film, that would of been epic … and Team Yankee.
Build looks very nice by the way.

@Johnnych01 both were great books and could be made into really good movies. Unfortunately the powers at be won’t, but at least we can make dioramas of them.
Both of those books have been inspiration for some of my current builds.

i suggest you to paint in blue the visors of T62

If by that you mean the optics, blue is a bad color. Gloss black is better.
Ken.

i the next tank i test gloss black