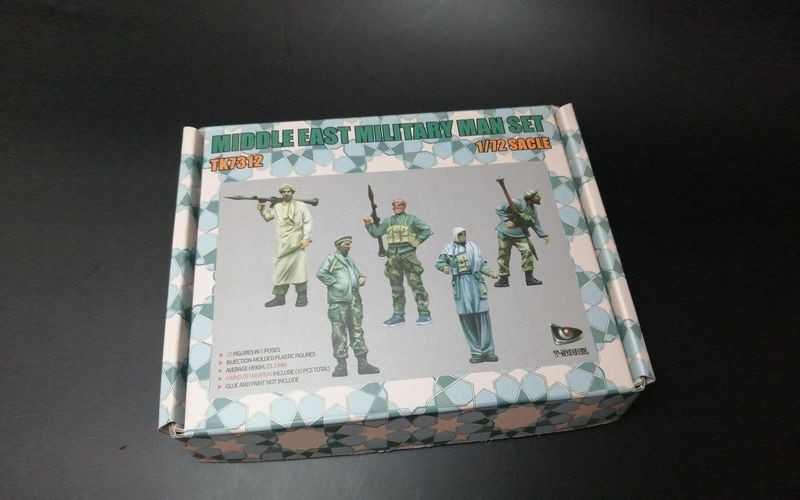 This is partial text from the full article (usually with photos) at https://armorama.com/news/t-model-middle-east-military-men-set-review
1 Like
Biggles50 July 13, 2021, 11:05pm #2

I’ve bought a couple of T-Models Humvees and their Abrams M1A2 SEP, and they were molded much better than these figures. Looks like they got them produced by a different company.

I have to say, I agree with Biggles50.
While I was excited when I saw the box-art for these figures a while ago,
images of the actual figures show them to be heavily surrounded by flash,
and quite poor in terms of surface detail. My verdict? 9/10 for subject, 4/10
for quality.

Still thats better than Linears A and B, which between them include a looter pulling teeth from the corpses of Waterloo and a Romans indulging in gang-rape and the abuse of slaves.

Something not quite right with that AK 47… A bit lo g to my eye.

Sirs, after your comments I have looked more carefully and realised I did a very poor job with the detail photos of the figures. In any way they look so bad in hand, specially given its small size.

I have replaced the photos with better ones, at least as good as I can -lightning when you have to put the camera so close to the subject is really difficult for me.

Please check the new photos, I hope your opinion will change: 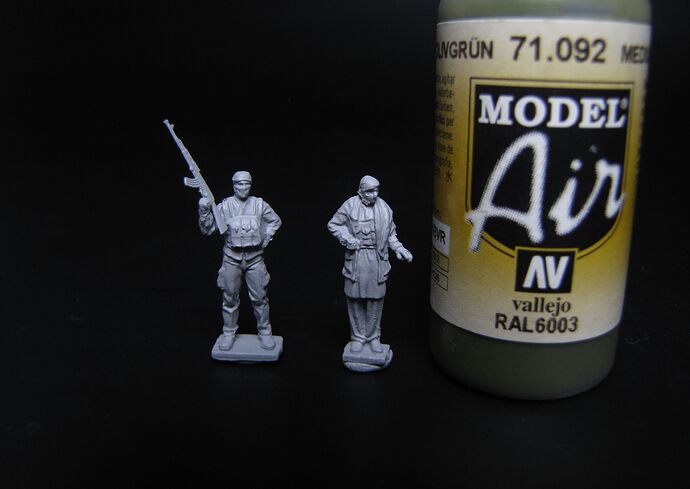 My apologies for not checking thoroughly all images, working late at night is not a good idea. Lesson learned.

What did you do to them…they look quite acceptable now! But that AK still looks kinda big!

Images are better Carlos, but the length of the AK is still off- by my guestimate with butt on the ground the muzzle will come to just below his chin.
even for a shorty like me that makes it the best part of 5ft/60 inches /1500mm which is nearly twice the size of 880mm/35 inches…