This is the MiniArt kit. A very tedious build. I replaced the kit tracks with MasterClub metal tracks but other than that it’s OOB. 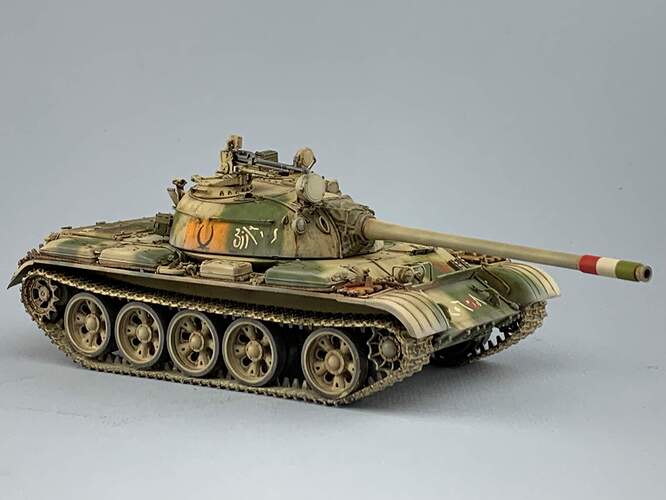 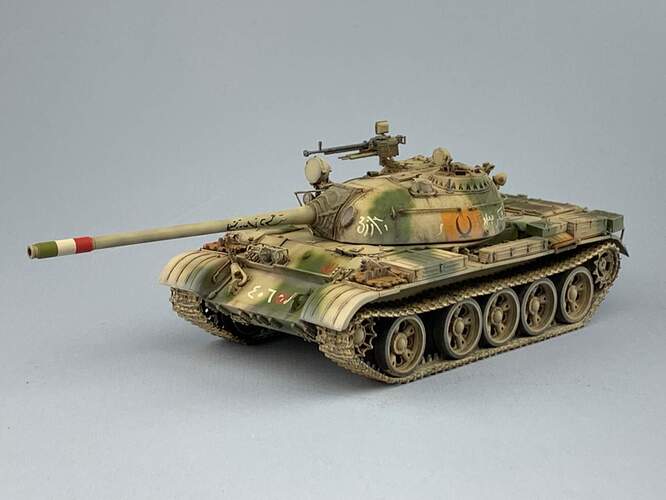 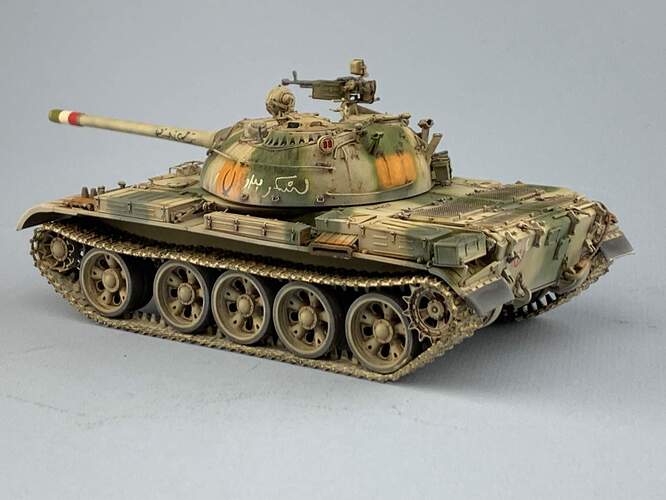 You’re 3 for 3 bro ! How did it go together? Any problems? Beautiful really

It was my first MiniArt T55 and the best I can say for it was that it was a tedious build. Many small fiddly parts. The 3 curved grab rails all broke in the identical spot and had to be replaced with brass wire. Too many tiny PE pieces(most were not used). Worst part was the assembly of the running gear. The bottom pan is very flimsy which made lining up the running gear assembly very difficult to square up so everything would align properly. In the end it does build up nicely but I’m not convinced it’s worth all the work. I also have the Czech production kit but it will be awhile before I get to it.

It looks great! I have that kit and want to do those markings.

My first choice was actually the the Libyan tank. Was bummed to discover that there were no decals for much of the Arabic written in red. Tried to duplicate it and practiced but just couldn’t pull it off. My handwriting in English is terrible so you can imagine what my Arabic might have looked like.

What paints did you use?

They are custom mixed Tamiya. I just eyeball until I think it looks right, knowing that it will darken with weathering.

Ok good heads up on the build. Again you did a fabulous job on it.

The “sand” base color looks great!

If I recall it’s very heavily lightened Tamiya buff. Couldn’t tell you the ratios to save my life. Before weathering it look almost white.

I’m loving the look of weathering, it has a great grubby look to it

And once again your weathering is spot on!
The little splashes of orange and red really make this stand out.
Fantastic.

Thanks again for all the positive feedback.

It looks like one of the ideal T-55’s build.
The Arabic markings and weathering evoke the surrounding environment well.

How did I miss this?
Nice build all around.